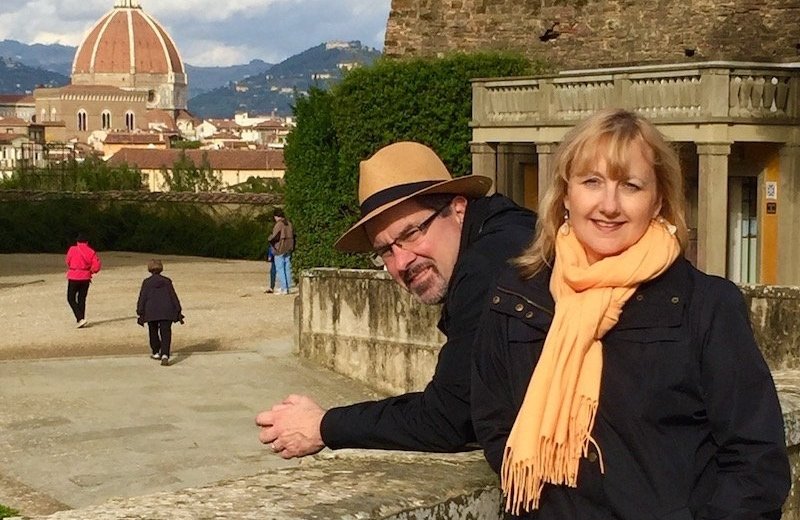 In 2011, when Larissa was 52 and Michael 51, we walked away from our jobs in, respectively, life sciences and commercial real estate. Heartbreaking personal circumstances made our careers, and even our home, seem irrelevant and we needed a major shakeup in our lives.

So we sold our house in the Philadelphia suburbs, gave away our possessions and began crisscrossing the world, following a lifelong dream of becoming travel writers. More than five years later we’re still on the road, global nomads with no permanent address.

For the most part our grand experiment at reinventing our careers and ourselves has worked well. Our travel blog at ChangesInLongitude.com won a Lowell Thomas award, which led to a contract to write Philadelphia Liberty Trail, a new guidebook to the city’s historic district. We also write the “Field-Tested Travel Tips” column for the Philadelphia Inquirer. Along the way we’ve visited all 50 states and 6 continents. Last year Michael’s book, the Roadster Guide to America’s Classic Car Museums was published.

That said, “living the dream”—particularly when you still need to earn  money—has its distinct downsides. We gave up the security of a monthly salary and benefits, we have no home to return to, and we are establishing ourselves in a totally new field: we had really stepped outside our comfort zone. At an age when we should be on a comfortable glide path to retirement, we live in cramped quarters and often report to editors half our age.

We’re not alone. Many Americans in their 50s are at a crossroads due to downsizing, buyouts or general dissatisfaction. If you’re considering personal reinvention, here are some lessons we’ve learned: 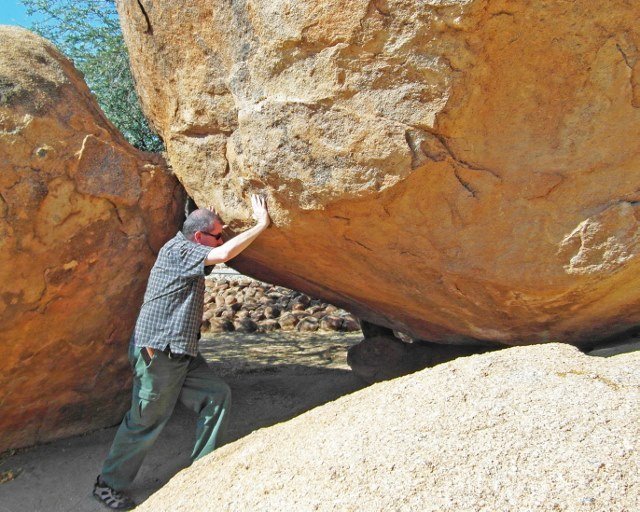 –A dramatic change can lead to dramatic challenges. Taking a chance on completely overhauling your life might sound like a great idea, but the transition may be tougher than you think. Just selling all we owned and dismantling our prior lives took an emotionally charged year. With no prior experience, breaking into the travel writing field was not easy.

Starting our travel blog was a good first step, but that meant working for free and building up a following. Eventually a friend introduced us to the travel editor of the Philadelphia Inquirer, who was intrigued by our tale of chucking it all and agreed to look at a few stories.

We agonized for hours over the wording of our first spec article, about bucolic Beihai Park in Beijing; we probably made about 50 cents an hour on it. But when we saw our names in print for the first time it was a rush that allowed us to imagine making a go of this new career. 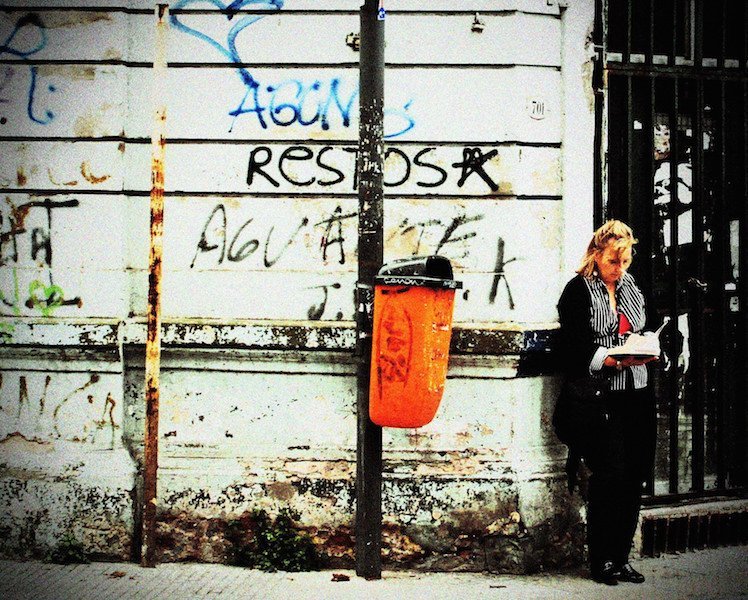 –Full-time travel doesn’t mean permanent vacation. At first we spent all our time exploring, eager to soak up a new destination. But that was exhausting; we had no time left to write about our experiences—the very activity that would bring in revenue. We soon realized that jotting a few notes in a café is not the same as writing an article on deadline so we applied the brakes and slowed down.

We now spend several weeks to a month or more at most destinations, touring less than half that time. We’ve taken “working from home” to a nomadic level. There are days we never leave the apartment, which might seem strange when Buenos Aires or Hong Kong is right outside the door, but the work needs to get done.

Our accommodations aren’t plush; we often stay in lodging we would have once considered quite rustic. During our remote stay in the Australian bush country, we gingerly used the outside bathroom at night, well aware that a deadly snake lurking there had killed a cow the previous week. But such inconveniences seem minor when kangaroos come loping through the yard at dusk. 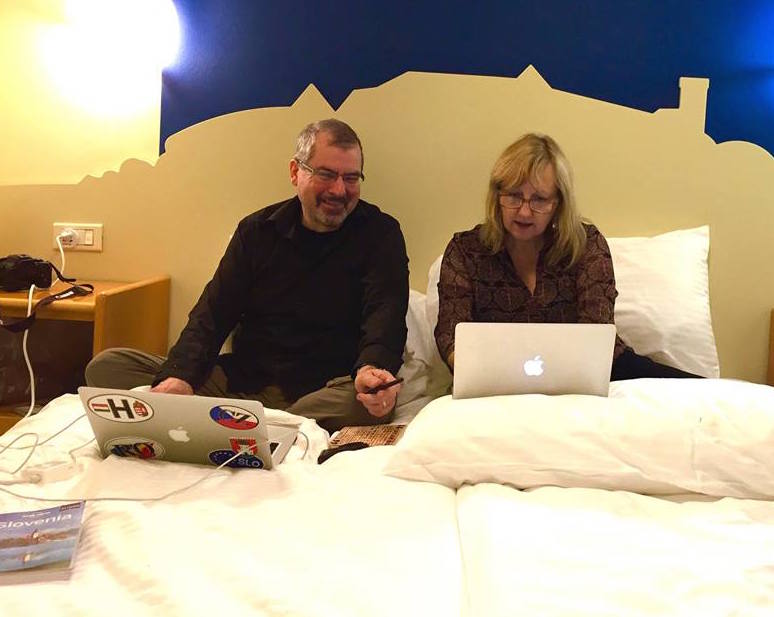 –If you’re joined at the hip, marital bliss can turn to blisters. That’s the dilemma we faced. Since we live, work and travel together, all that “togetherness” 24/7 can get old. In fact, we spend much of each day only a few feet apart from each other as we work on our various stories. That’s not a problem for Michael, but can you imagine how trying that is for Larissa? While visiting Singapore, about four months into our journey, we realized we each needed some alone time. Michael wanted to tour World War II sights in the city while Larissa was interested in gardening and food tours.

So we split up to pursue our separate interests for a day. The result was we had more interesting stories to share, both with each other and in articles. Now we occasionally spend time apart, last year Larissa visited Machu Picchu while Michael explored abandoned auto factories in Detroit. (Talk about different interests.) 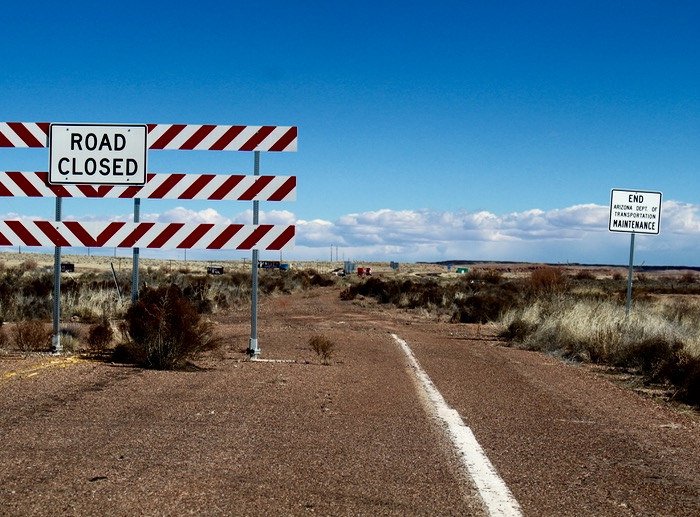 –A dream can fall flat, at least for a while. And that’s okay. Unfortunately the 50 cents an hour we mentioned isn’t widely off the mark for a travel writer these days. Our biggest challenge in our new career is earning a living. When we realized freelance writing alone wouldn’t pay the bills, we drew on our business backgrounds and leveraged our now extensive travel experience to pursue other interests. Michael has branched out into writing about classic cars for several publications. Larissa started teaching at the Close School of Entrepreneurship of Drexel University. Some of this work is done for on-line courses, still allowing her the freedom to travel.

–How long can this go on? People often ask, “don’t you miss home, and your stuff?” The answer is no. After years of accumulating things, we’re focused on collecting experiences. Instead of a new car or the latest flat-screen TV, we’re gaining a more enriching life learning how to surf in Hawaii or taking a self-drive safari in Namibia. Our lives are now too full to ponder about the possessions we’ve given up. As long as we can earn enough to make ends meet you’ll find us somewhere in the world, still living the dream.

Hover over these images to quickly pin them! 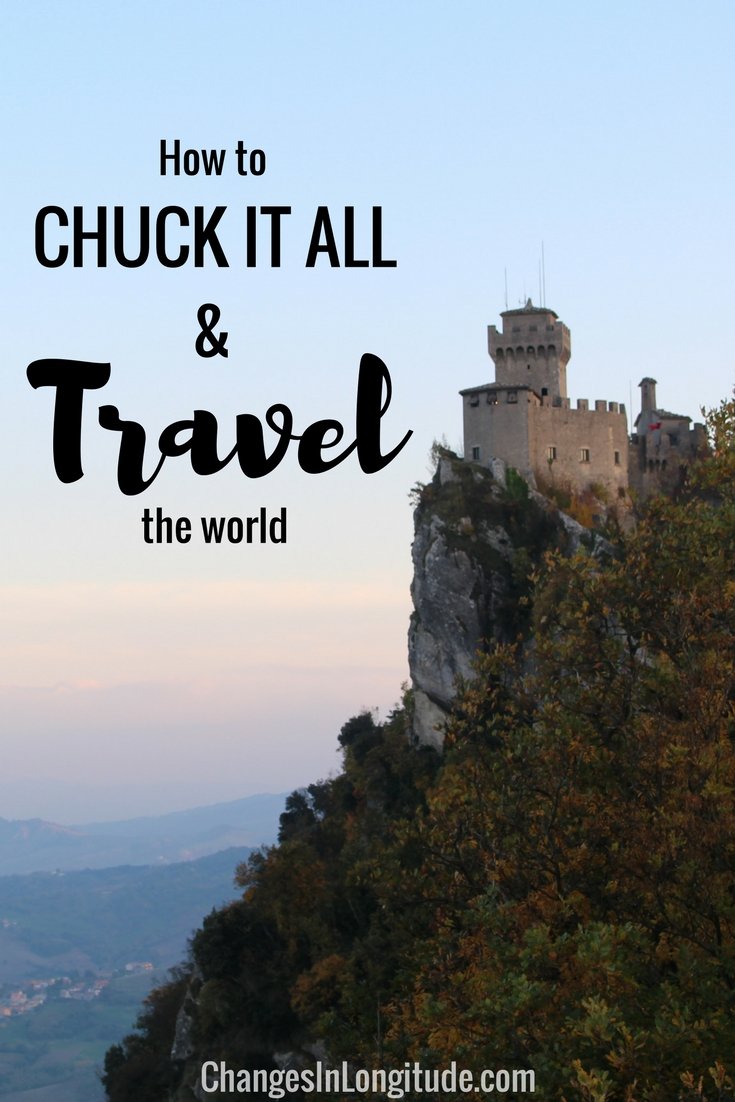 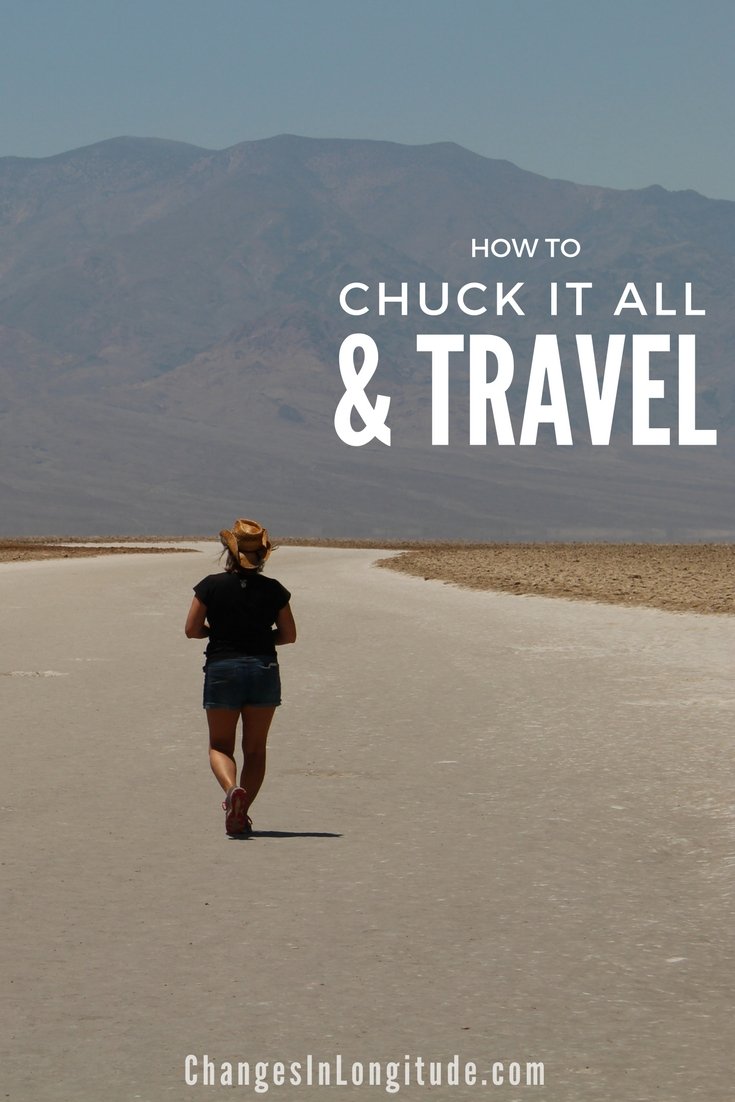 Here are some tips we’ve learned about how to live a nomadic life. 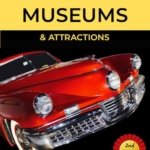 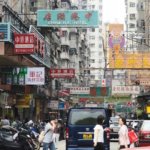 The scent of home in Hong Kong
Scroll to top