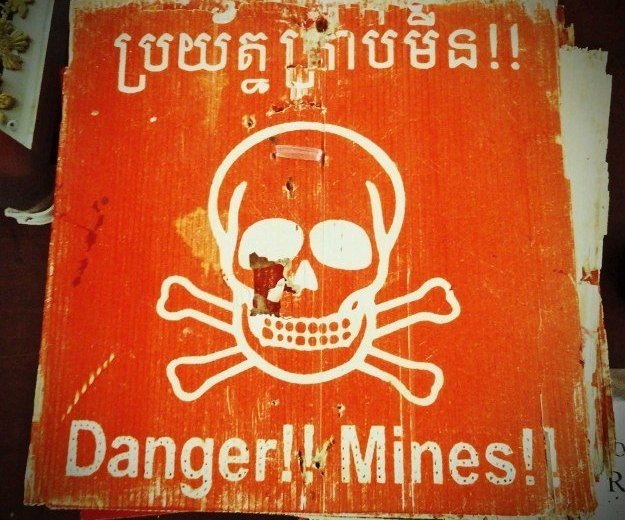 The Cambodian Landmine Museum and Relief Centre may be the only museum in the world that prints this disclaimer on their tickets: “Everything on display has been inspected 100% free from explosives.” Would that the fields in the nearby countryside were so safe.

It was founded by Aki Ra, whose parents were killed by the Khmer Rouge when he was five years old. He was later forced to become a child-soldier, receiving his first rifle when he was 10.

The museum displays the terrible toll landmines have taken, and continue to take, in Cambodian lives and advocates the banning of their use around the world. An ancillary mission is to continue the work of demining Cambodia and provide housing for about two dozen children who have been injured by hidden mines that still pose an explosion risk. 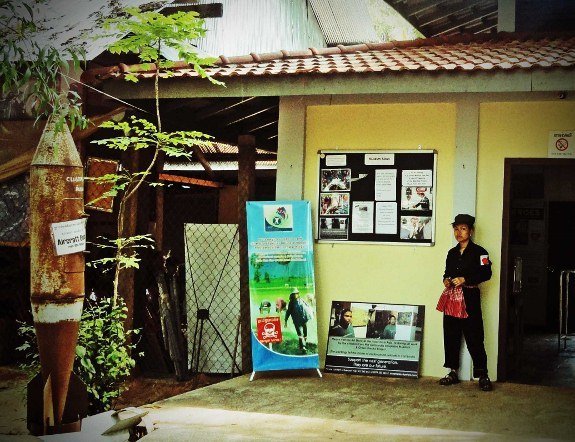 The museum was founded by Aki Ra, a former child soldier during the Khmer Rouge era, infamous as the time of The Killing Fields. He started clearing mines on his own in 1997, setting up the museum a short time later. The Cambodian Landmine Museum and Relief Centre is now an NGO that raises funds for mine victims and to continue clearing fields. Over 500 people a year are still injured by mines, many of them children playing or farming in the fields. 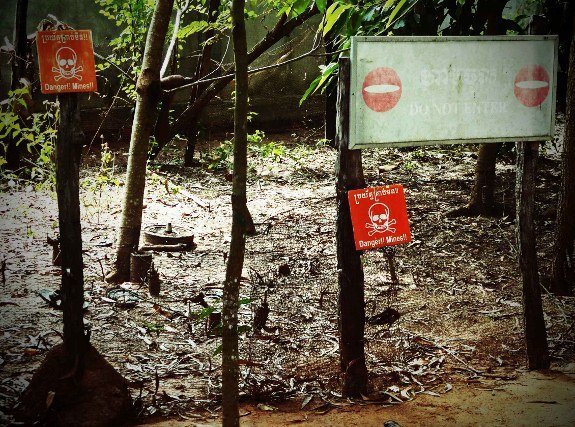 As many as six million mines were placed in the Cambodian countryside. Not surprisingly, Cambodia has one of the highest rates of mine amputee victims in the world. 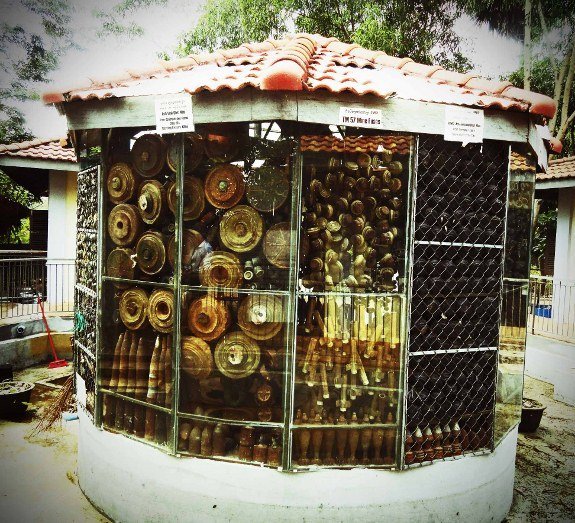 This building displays the wide variety of these lethal killers. After they were laid in fields the people who put them there often forget where they were  placed, making removal difficult. 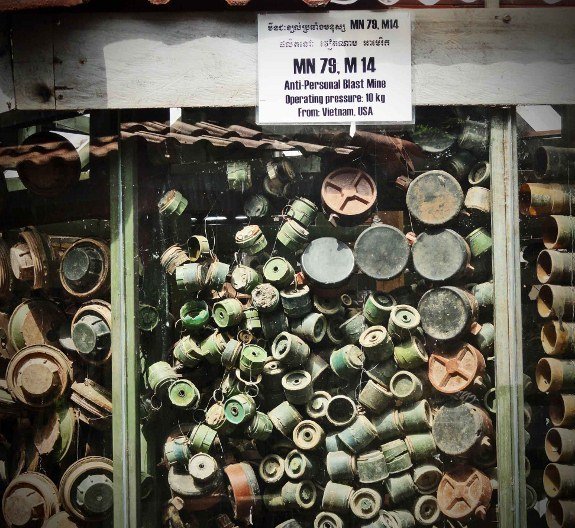 Many of the mines come from Vietnam, the United States and Russia. It’s rather sobering to see all the mines tagged with “Made in U.S.A.” labels. 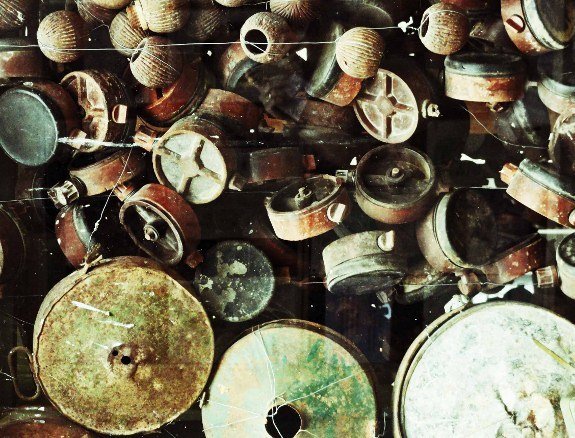 The mines up close. When they are placed in fields most of what you see here is hidden from any unsuspecting passerby. 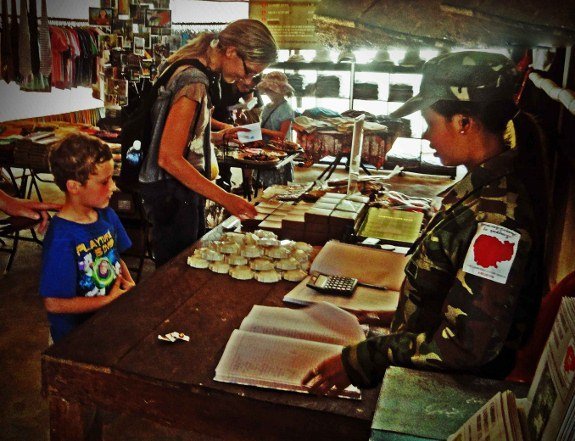 Yes there’s even a gift shop. Proceeds go to the Relief Fund. 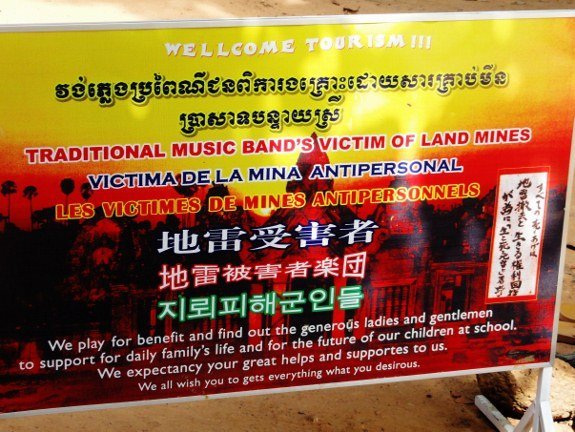 At nearby Angkor Wat, bands of landmine victims play for tips from the tourists. 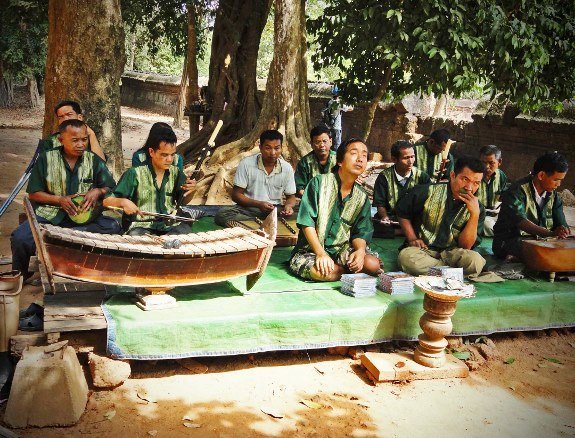 Although this site is a museum, it is not just educating about things that happened in the past. There are still thousands of lethal mines hidden in the countryside. The mission of the museum is to eradicate this ongoing problem.

Further information can be found at The Landmine Relief Fund This registered American charity assists Aki Ra in his demining activities.

For the museum’s website go to: Cambodia Landmine Museum

The Good Friday procession in Malta: a Photo Essay 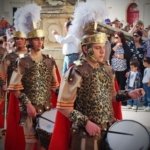 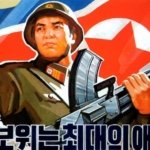 Postcards from Pyongyang: Images of North Korea
Scroll to top