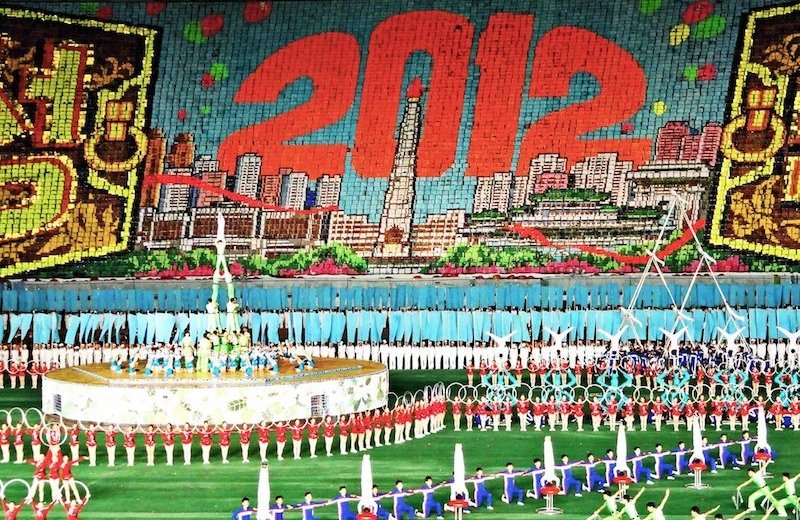 In 2011 we attended the Arirang Mass Games in Pyongyang, North Korea. With more than 100,000 performers it is billed as the biggest show on Earth by no less than Guinness World Records. The Mass Games are a combination of gymnastics, circus high-wire act, mass dancing, drama and all wrapped up in a veneer of self-promoting “long live the Fatherland” type of propaganda.

Over 20,000 of the performers holding books filled with multi-colored pages sit opposite the audience. They flip the pages in the books on cue to reveal stadium-sized murals highlighting everything from nature to people to weaponry. (This is a military-first society after all.) The show takes place in Rungrado May Day Stadium that reputedly holds over 105,000 spectators. When we attended the majority of them were wearing dark green army uniforms. During some portions the show felt very much like a military rally.

It’s really hard to describe the Mass Games so for once I’ll shut up and let the video and pictures do the talking:

During the next part the child performers appeared to be about seven years old. While their performance was uniformly impressive, seeing kids this age being so obviously coached and trained was sort of like watching a Stalinist version of Toddlers & Tiaras:

This next section included the Tae Kwon Do performance, a sport in which North Korea is a world leader:

The stated purpose of the Mass Games is to celebrate Kim Il Sung’s birth. He was born in April, but for some reason the games are held in August and September. When the mural shown below flashed in the stadium I was surprised that the applause wasn’t as unbridled as I expected. I wonder if this means anything for the future of North Korea.

By the way, this was a difficult post for me to put together because the treble-heavy patriotic music started to drive Larissa a little crazy, but I hope you enjoyed this window into a totally different world.  You can only visit North Korea as part of a pre-approved group tour, the most experienced company is Koryo Tours. It is run by a Nick Bonner, a Brit based in Beijing.

Click the link for more stories about our trip to North Korea.

Seeking the Yao Ming of baseball in China 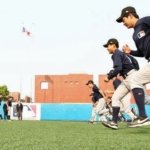 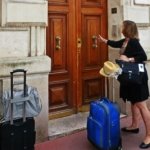 Guide to vacation apartment rentals: Skip the hotel and rent a place
Scroll to top