I was riding on the new high-speed train connecting Beijing and Shanghai when I met Zhao Long, a sports reporter for China Central Television (CCTV). He was heading to Changzhou to cover the opening of a baseball academy which was also being attended by the owner of Major League Baseball’s Colorado Rockies. I had never heard of baseball in China so it was worth checking out.

Zhao explained that Major League Baseball (MLB) wants to follow in the footsteps of professional basketball to create growing popularity for their sport. Part of this effort is to develop Chinese talent that will eventually play at the major league level.

It’s already been proven that American sports can be big in China. In the 1980’s National Basketball Commissioner David Stern did a rather smart thing. He approached the Chinese government and offered to provide NBA programming to Chinese television for free. Stern knew the potential market was immense and wanted the NBA to have a toehold in it.

Due to Stern’s foresight, Chinese kids were raised watching the exploits of the NBA, a style of basketball they had never seen before, and were particularly impressed watching Michael Jordan. One of those impressionable youngsters was Yao Ming, who grew  to be 7’ 6” tall and an NBA superstar. He can be added to the long list of successful Chinese exports. 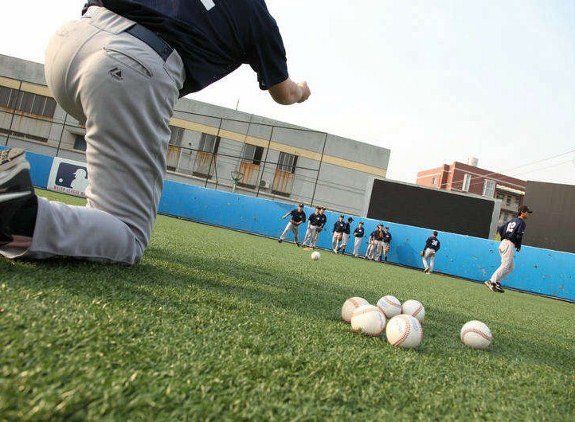 Major League Baseball was a little slower to the table but is now actively seeking talent in China. In cooperation with the Chinese Baseball Association and the local government they recently opened a baseball academy in Changzhou, a city of three million people located between Beijing and Shanghai. In 2008, the Los Angeles Dodgers and San Diego Padres played a series of games in China, it was the first time Chinese fans saw Major League Baseball firsthand. The MLB website is also now available in Chinese.

These are smart moves. Players such as Hideki Matsui and Ichiro Suzuki have made American baseball ever more popular in Japan so China is the next logical step, one that could dwarf the Japanese market. Increasing the popularity of baseball in China is not as easy as it was for basketball though. The Chinese government is focused on Olympic sports so it can increase the country’s medal count at the Games. Since baseball has been dropped from the Olympic roster, it does not receive government financing for its development.

In fact, after the 2008 Beijing Olympics the baseball stadium used for it was demolished. Like so many other sites in the capital city it is now covered by high-rise apartments. It’s a little difficult to play a sport when an elevator lobby now stands where home plate used to be.

But MLB and local Chinese groups will continue to provide funding to find the next Yao Ming for America’s pastime. In the intertwined global economy they can’t afford to ignore a market with a billion-plus potential viewers. Major League Baseball may be a little late to the party but it looks like it’s going to be an all-nighter.

How can I convince my wife to visit Chernobyl for our 25th anniversary? 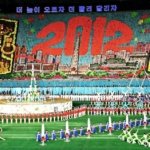