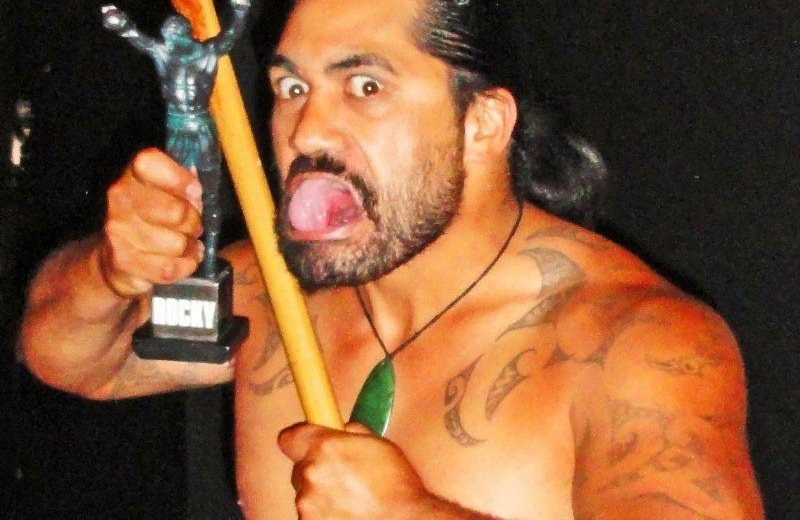 Normally we’re not much for folk dance performances. But when we were in New Zealand the All Blacks rugby team had just won the  World Cup. Part of their pre-game warm up is to perform the haka, an indigenous Maori dance. After the championship match the haka was everywhere, the words and steps were even available on t-shirts, a sure sign of reaching a peak in pop culture.

The dance is supposed to psyche out opponents. Tough to say if it works but they are the current world champions. We got to see the haka performed at the Auckland Museum. Note that unlike on the rugby pitch, the haka is performed by both men and women. You can decide if it strikes fear into your heart.

After the show the lead performer, Taniora Maihi, was kind enough to pose with Little Rocky and is pictured above. It was the first time on our trip that Little Rocky was maybe a bit nervous.

What they are saying in English is:

It is death, it is death
It is life, it is life
This is the hairy man
Who caused the sun to shine again for me
Up the ladder, up the ladder
Up to the top
The sun shines. 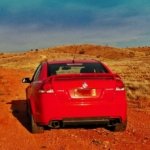 Images from an Australia Outback road trip
Scroll to top