From Michael ~ Yesterday, on our last day in Saigon, I strolled around the city streets for one final look. I miss Saigon already. Its current name is Ho Chi Minh City, but it was in the news a lot when I was a kid and it will always be Saigon to me. Apparently to the locals as well, they wear the old name like a comfortable sweater.

We arrived in the middle of the week-long Tet Lunar New Year. For four days the city, usually known for its vitality and chaotic streets, was practically deserted as shops and restaurants were closed. Most residents went to the countryside for the week. Picture an empty beach town in the winter and you get the idea. Each day as more people returned we were introduced to the city gradually as it awoke from its holiday induced slumber.

It’s the city where we got lost one sticky night on a meandering back alley and ended up at a Buddhist convent. The nuns acted as if they cater to befuddled tourists all the time, taking us in, feeding us and even giving us a bag of fruit for our journey. If they were Italian they could have been my grandmother. (There’ll be more on this in a future story.) 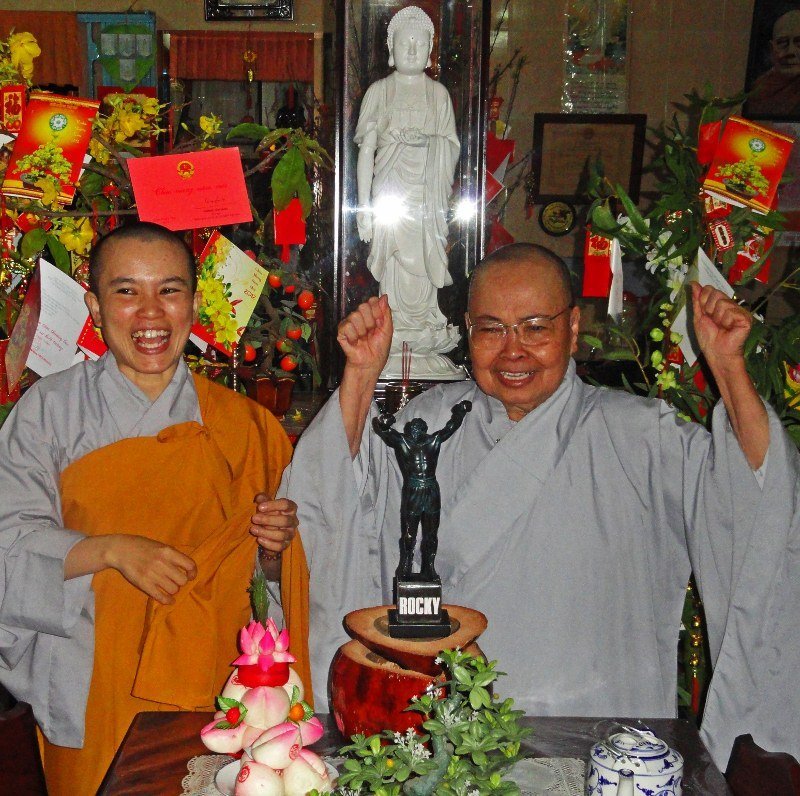 Little Rocky enjoyed his evening and meal at the Buddhist convent.

It’s the city where we learned how to navigate our way through the four million mopeds that seemed to all be on whatever street we were trying to cross. The first few days we were tentative about leaving the relative safety of the curb. Our experience in Beijing had taught us that pedestrians are moving targets, like ducks in a shooting gallery waiting to be picked off.

But we watched the nightly ballet of riders as they approached major intersections that lacked traffic lights. With the tight choreography of the USC marching band they managed to intertwine their routes and avoid a collision. So we stepped off the curb, a moving rock in a river as the riders streamed around us. We learned to go with the flow, advice that has stood us well on our year-long journey.

It’s the city where a new friend had me jump on his motorbike to give me a ride for a quick errand. Never mind that I was more petrified flitting through traffic on the back of his motorbike than walking, it’s the thought that counts. 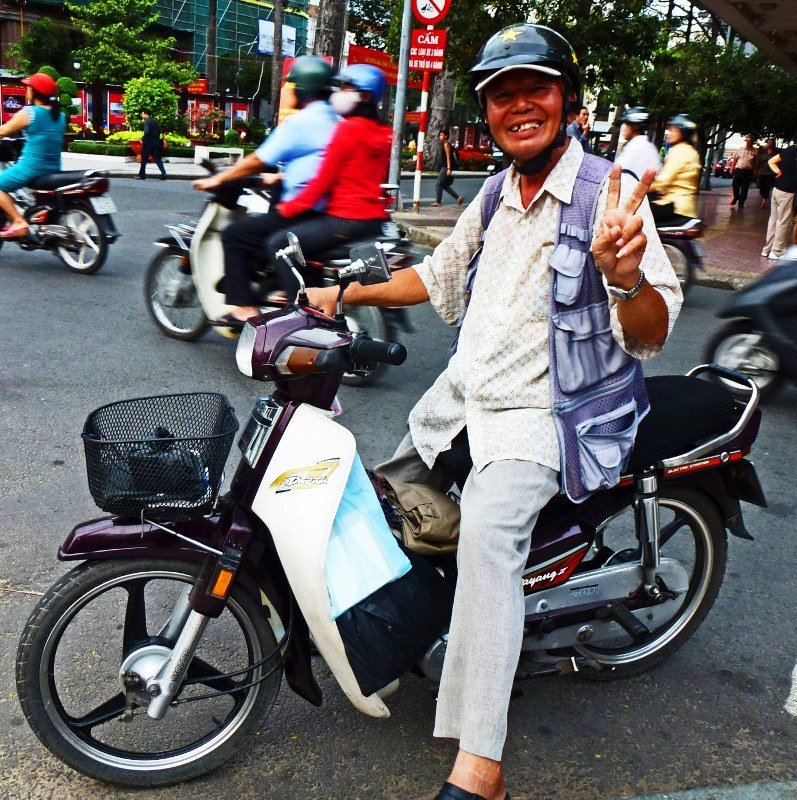 A new friend in Saigon.

Surprisingly, it’s also a city that loves Americans, despite a history that gives them more reasons than most to be bitter. Maybe it’s because every other person we met has a relative that lives in California. I think it’s because unlike many parts of the world that are stuck in reverse as they dwell on past wrongs, Vietnam is forward-looking as it eagerly strives for its place on the world stage.

If you’re intrigued, now is the time to visit. In a few years those four million motorbikes will start to become cars. Then the traffic will probably be more like the death match of Beijing. When that day comes I fear Saigon will lose a bit of its innocence.

The following video shows rush-hour traffic at the main intersection in front of the Rex Hotel. If you tried to choreograph this scene with stunt drivers for a movie it would take weeks: 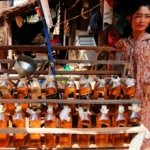 To travel cheaply, go where it’s cheap
Scroll to top