Any American citizen or legal resident that flies more than once a year should consider TSA Precheck and Global Entry. They are two of the Trusted Traveler programs established by the Department of Homeland Security (DHS) to allow expedited security processing for low-risk travelers.  With them you are essentially pre-screened, allowing you to breeze through airport security in the TSA Precheck line and bypass the lines at immigration upon reentry to the US.

TSA Precheck and Global Entry: the difference between them

Remember those (relatively) “carefree” days of airport travel in the 90’s . . . when all you had to do was thump your carry-on bag on the conveyor belt and walk through the metal detector? That’s basically what it’s like to use TSA Precheck. You receive a Known Traveler Number (KTN) unique to you. Input this KTN when you purchase your ticket (or any time prior to printing out your boarding pass) and the nifty little “TSA Pre√™” logo appears on your boarding pass. Present it to TSA at airport security and you are directed to the designated line.

Passing through TSA Precheck security is easier because:

NOTE: TSA Pre√™ is available at most major US airports; however smaller regional destinations may not have the program in place.

Global Entry speeds up the immigration process upon returning from an international flight. In addition to bypassing potentially long lines of weary travelers waiting to surrender their passports for inspection, you get to feel like a character in Star Trek. Walk to the kiosk, scan your passport, scan your fingerprints (very Sci-Fi!), answer a few questions, and that’s it. The kiosk prints out your customs declaration receipt, so you don’t have to fill one out on the plane prior to landing.

Keep in mind that you’ll still have to wait for your baggage if you checked it, which might gobble up any time you saved by avoiding the immigration lines. You’ll also have to wait in line for customs like everyone else. But if you’ve breezed through immigration, you’ll be first to the baggage carousel (or you can bypass it altogether if you went the carry-on route), then you’re likely to beat the crowd to customs and have no line at all.

Remember that you also have the benefits of TSA Precheck as a member of the Global Entry program, so you get to save time at the beginning of your trip as well as the end. You’ll receive the same type of Known Traveler Number as with TSA Precheck. NOTE: your KTN is entered via the airline you are flying; most international carriers don’t participate in the program, so you might not be able to use it for that particular flight, unless your ticket is on a US airline. Many international flights operate as code-shares with US airlines, so keep that in mind, as you may be able to use the TSA Precheck service even if you’re flying a foreign carrier. 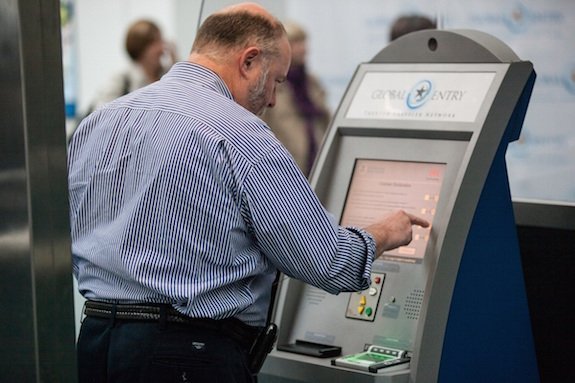 The Global Entry kiosk is both futuristic and fast. (Photo by John Denmark, courtesy of the US Office of Customs and Border Protection)

Application for each program is similar, although there are different sites for TSA Precheck enrollment and Global Entry enrollment. At each you fill out a detailed online form and, upon approval, attend an interview where you will also be fingerprinted and have a photo taken. This step intimidates many travelers and prevents them from enrolling in the program, but it shouldn’t. It’s somewhat tedious, but it’s not particularly difficult (assuming, of course, that you are an upstanding citizen).

Allow yourself some time to fill out the form, and be sure to have information about prior addresses handy. Remember the Department of Homeland Security wants to be certain that you are who you say you are. The application will be reviewed and, assuming there are no issues, you’ll receive an email—usually within a few days—that you’ve been pre-approved and can now schedule the interview.

The payment structure differs for the two programs. For TSA Precheck you pay the $85 at your interview, whereas with Global Entry your $100 enrollment fee must accompany your application. NOTE: the Global Entry application fee is non-refundable, so if you have any questions about your eligibility, be sure to check the website or contact the DHS to discuss your concerns.

The interview is the time-limiting step, partly due to location and partly due to available appointment times. Don’t leave it to the last minute. (Of course, not having either one of these cards is not going to prevent you from taking your trip; it will just make it more time-consuming at security and immigration.)

Interviews are scheduled online, and each website has a complete listing of available locations and times. Note that the locations are not identical for both programs. Global Entry interview sites are located at approximately 35 major US and Canadian international airports (the Canadian locations are airports where you actually pass through US immigration before you even board the plane to the States).  TSA Precheck interviews are available at more than 300 locations nationwide, including most of the US airports used for Global Entry. 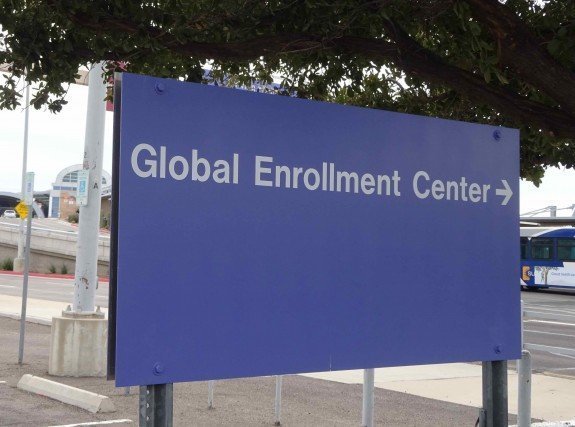 Appointment availability can vary from a few days to several months in advance. Locations that have limited personnel and opening hours—meaning fewer appointment slots—can take months. However busy airports are often open longer hours with more staff and can provide an appointment relatively quickly—sometimes even in a few days. At New York’s JFK Airport, for example, the facility is open from 8am to 8pm, 7 days a week.  Facilities at airport locations are outside of airport security, so you don’t need to take off your shoes to get to the interview.

You can schedule an appointment at whatever location is convenient; it does not need to be the site closest to your residence. I actually scheduled mine at JFK prior to an overseas flight (I built in plenty of extra time). Michael chose an appointment at an airport out west when he knew we’d be staying in that town for a few weeks. In both cases our appointments were prompt and took 10-15 minutes.

The interview itself was fairly straightforward, verifying identity and confirming some questions that were asked on the application form. Remember that you are speaking to a Federal Officer and be sure to answer truthfully. The officer will then take your photo and fingerprints and explain some of the rules of the program (which are also available on the website). And YOU’RE DONE!

Assuming there were no hiccups during your interview, you’ll receive an email within a day or two that you’ve been accepted into the program, which will include your Known Traveler Number. Although a card will be mailed to you about two weeks later, you can start using the program immediately upon receiving notice and your KTN. I left for Iceland a few hours after my interview at JFK and was approved while still on my trip, so I was able to use that super-cool Global Entry kiosk on my return just five days later!

TSA Precheck and Global Entry: Are they worth it?

That depends on how much you like standing in line at airports. When evaluating the two programs, travelers should consider how often they travel outside the US, as well as proximity to appointment locations. Global Entry is certainly a better value than TSA Precheck alone. But if your travel is largely domestic, and you live some distance from a major international airport, TSA Precheck will more than meet your needs.

As a self-confessed travel junkie and airplane geek, the airport is definitely one of my “happy places.” I love the thrill of seeing my name on the boarding pass and seeing my flight listed on the departure board. I get a kick out of browsing through duty-free, and even shopping at the newsstand for a pack of gum or something to read. And I could watch planes take off and land all day long.

But none of that fun starts until I’ve passed through security and can relax. And once I’ve returned, I just want to get home. Anything that can help me focus on the fun parts of travel and minimize the tedious procedures associated with it bears serious consideration. For me Global Entry is an investment that’s worth the price, and the time it takes to go through the process.

Don’t take my word for it. Check out this guy’s experience: 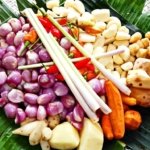 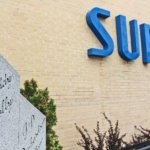