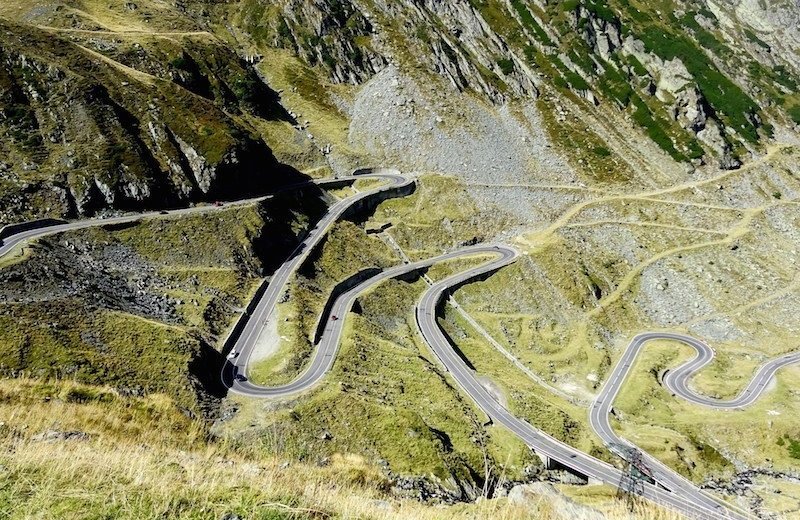 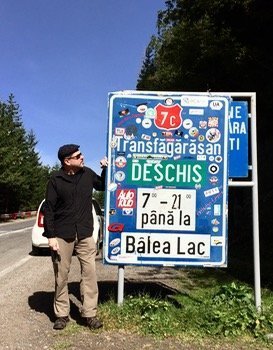 Brakes? Check. Map? Check. No fear? Check.  We were about to drive on the  Transfăgărășan Highway, made legendary by the BBC program Top Gear as one of the world’s great road trips. The winding, twisting road carries intrepid drivers over the Carpathian  Mountains back to Bucharest from Transylvania. Picture what a plate of spaghetti thrown against a wall looks like and you’ll have a good idea of this tribute to automotive spunk.

The road was built in the early 1970s under the command of former dictator Nicolae Ceaușescu, apparently as a monument to himself. Beginning in alpine forests it looks like it was designed by an engineer with a severe chip on his shoulder before reaches a bucolic alpine meadow. 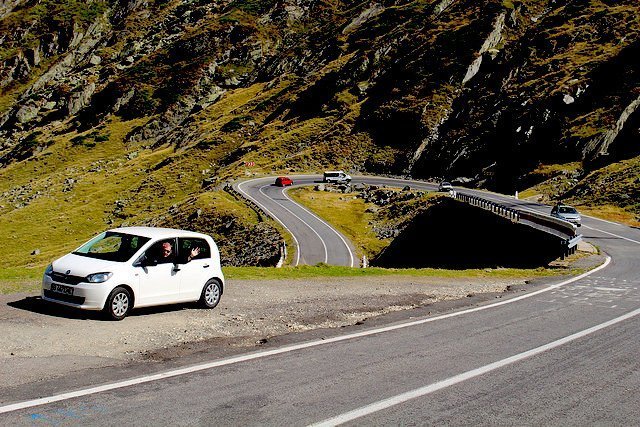 Although the road is only 56 miles long it boasts dozens of hairpin turns and switchbacks (we lost count) that resemble a giant alimentary canal. Drivers soon note that guardrails are few and far between as the Transfagarasan climbs to its peak of almost 6,700 feet to reach the pristine glacial waters of Bâlea Lake. 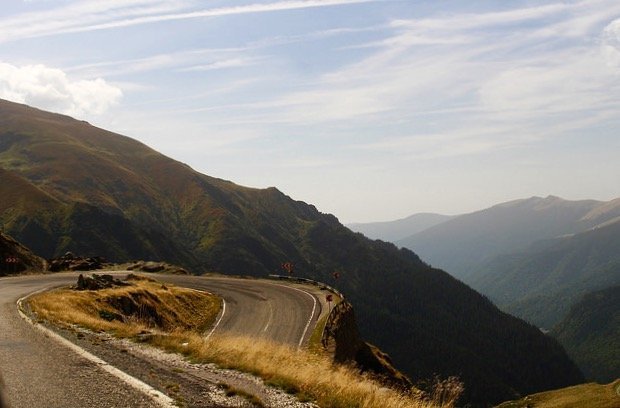 Fortunately as the driver I got to sit near the centerline during our drive on the Transfagarasan Highway, while Larissa had to stare out the window at the yawning chasms beyond the road’s shoulder. 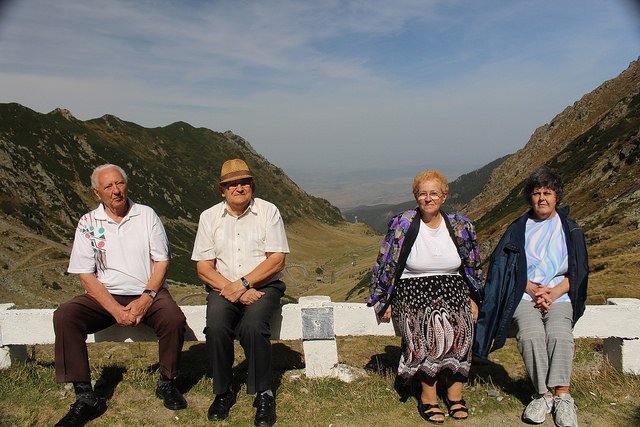 At this overlook that offers the best photo op (notice the road twisting off into the distance) people like to get out and stretch their legs. We met this nice group of Romanian retirees who were out for a Sunday drive. 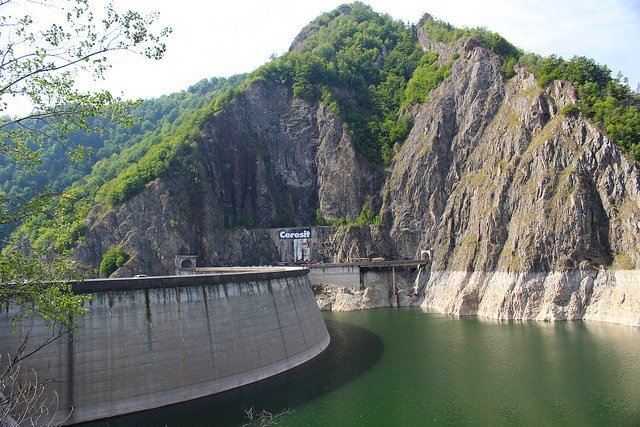 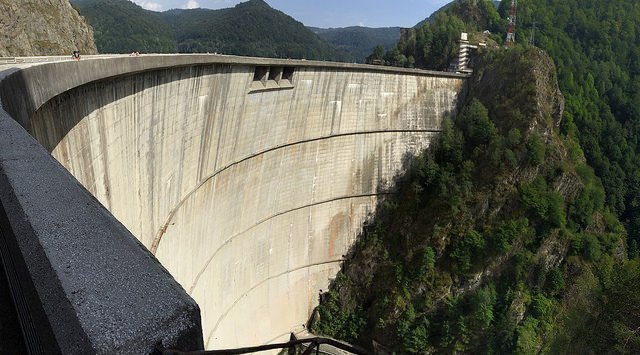 On the down stretch towards Bucharest one of the highlights is driving across the 540-foot-high Vidraru dam, one of the tallest in Europe. 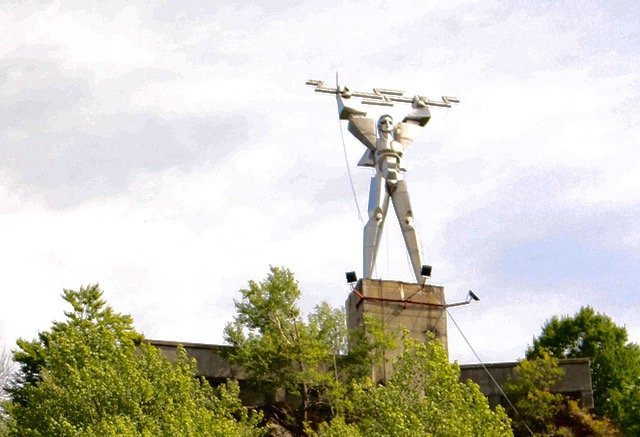 A shiny metal statue of Prometheus wielding a lighting bolt rises to the skies above the dam. Also known as the “Statue of Electricity,” it’s a remembrance of an era of massive industrial projects in the communist country. 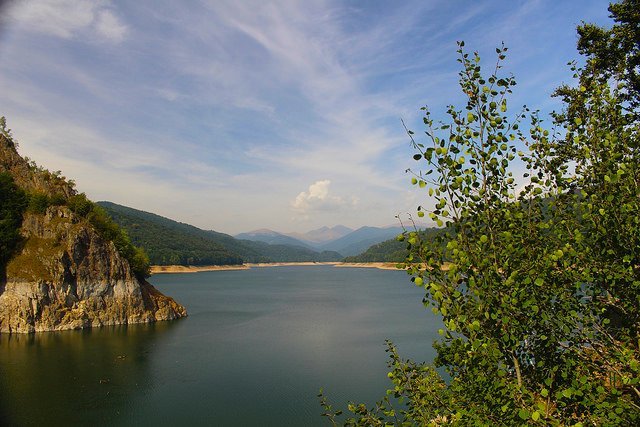 The Transfăgărășan can cause a few testy moments between the driver and the passenger, who sits on the outer edge staring down into the abyss. But it was better for me to drive because as Larissa will tell you, I make a lousy passenger. 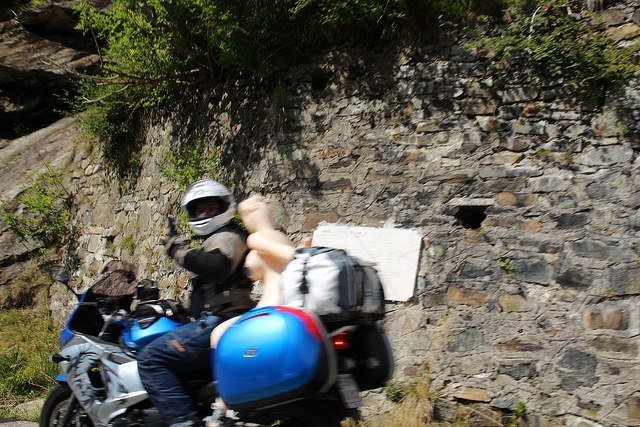 You never know what you’ll come across during a drive on the Transfagarasan Highway. The photo above is of a random German motorcyclist giving us a thumbs up as he drives by with an inflatable doll strapped to the back of his bike. Oh those crazy Germans.

After arriving safely in Bucharest we treated ourselves to some tasty Romanian pastries. 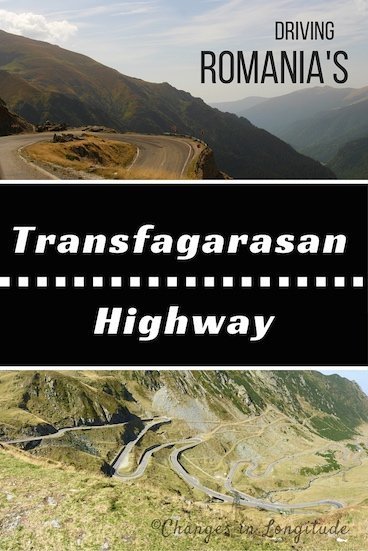 Information for a drive on the Transfagarasan Highway

Location: When driving north start out in the town of Curtea de Arges, about 100 miles northwest of Bucharest via route E81. If you’re taking the road south like we did start your journey in Cartisoara, south of route E68

If you’re looking for more info on exploring Transylvania, check out this Transylvania Travel Guide.

A surprising week in Bucharest 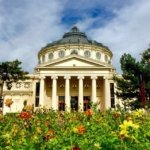 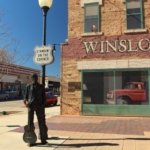 Standing on a Corner Park in Winslow Arizona
Scroll to top