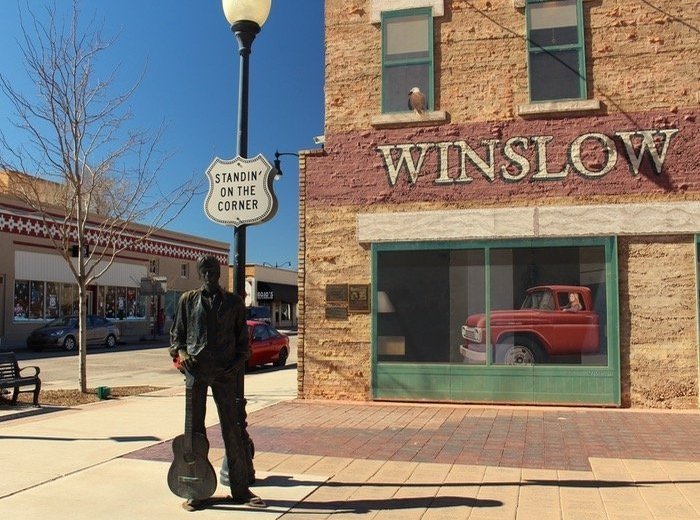 The death of Eagles co-founder Glenn Frey got us thinking about one of the group’s signature songs Take it Easy, which that was written by Frey along with Jackson Browne. Frey sang the lead vocals, one of which put a dusty old town along Route 66 forever on the map of rock and roll lyrics destinations:

“Well, I’m a standing on a corner
in Winslow, Arizona
and such a fine sight to see
It’s a girl, my Lord, in a flatbed Ford
slowin’ down to take a look at me.” 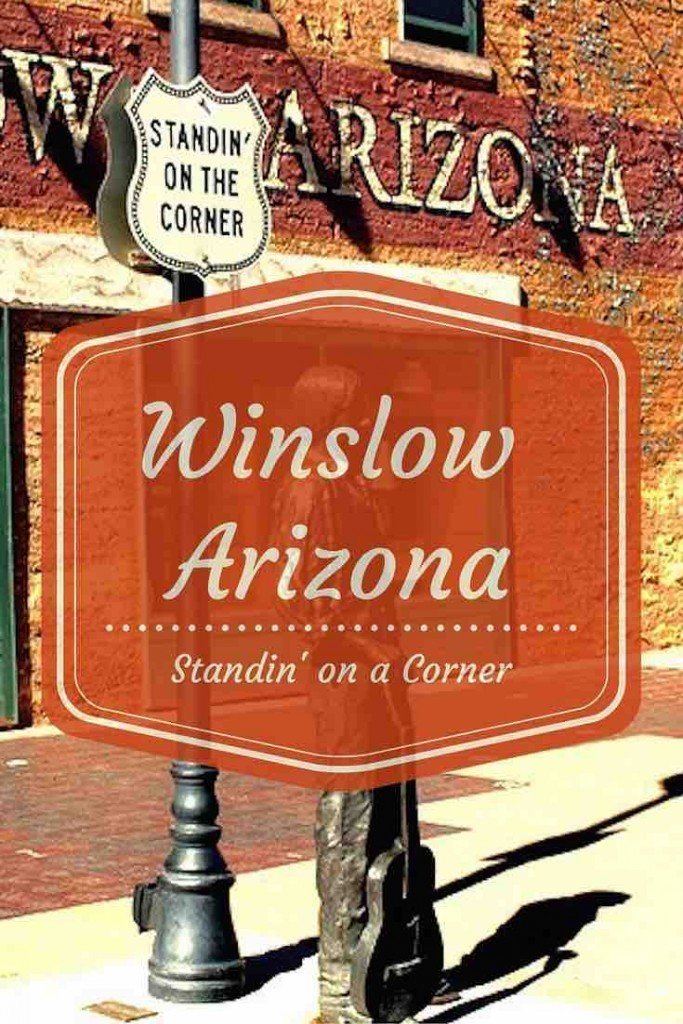 Standing on a Corner Park in Winslow Arizona 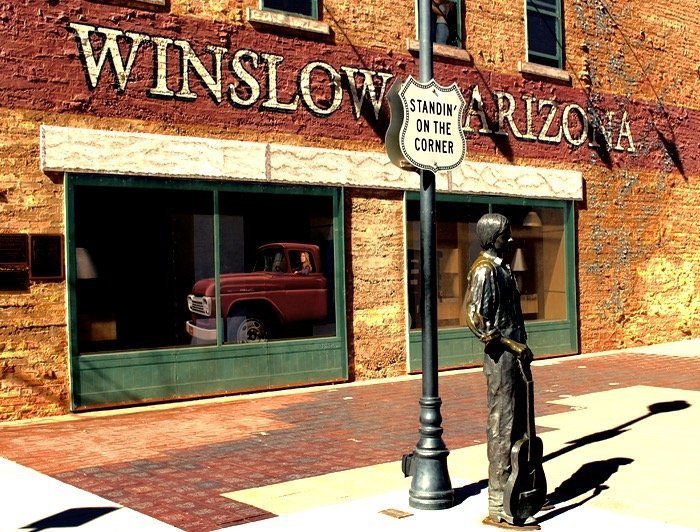 In Winslow they embraced this burst of fame and created “Standing on a Corner Park” at the intersection of Route 66 and North Kinsley Avenue. You can’t miss it, there’s a giant highway shield of Route 66 painted in the road. Since the song doesn’t mention exactly which corner in Arizona the writer was standing on this one was chosen. It’s in the center of town so it works just fine. 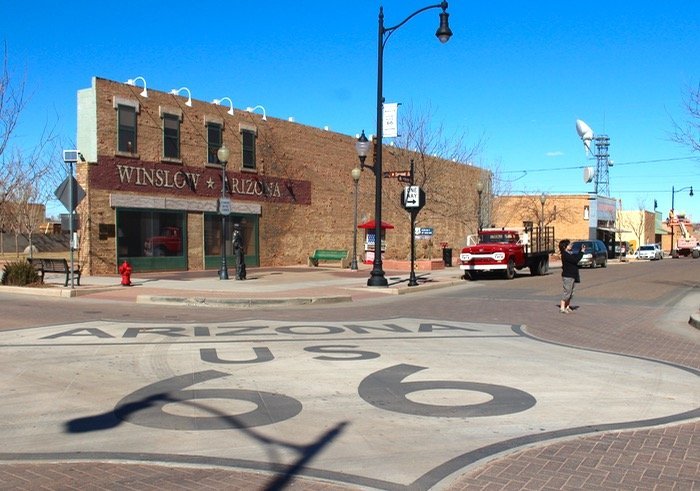 In a mural created by artist John Pugh there is indeed a reflection of a girl slowing down to take a look. To add even more realism, a bright red 1960 Ford flatbed truck is parked in the street for a unique photo op. While Winslow doesn’t get quite the foot traffic of tourists crossing Abbey Road in London does, we were surprised by the steady flow of people on a winter’s day. It’s estimated that 100,000 people a year visit Standing on a Corner Park. 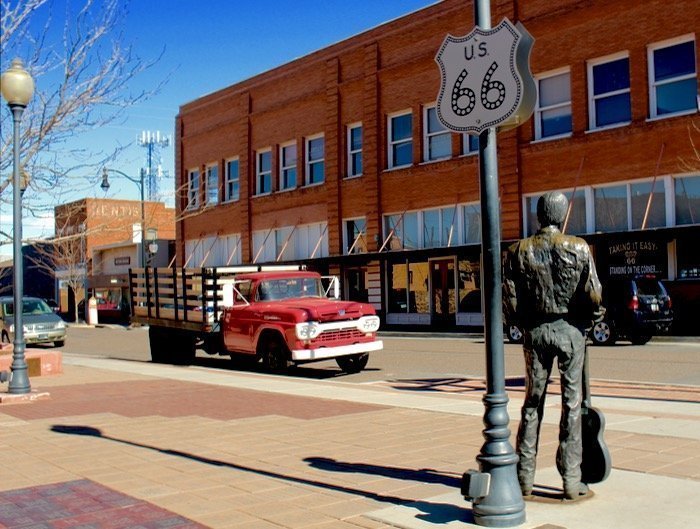 The centerpiece of the park is a denim-clad statue holding an acoustic guitar called “Easy” which was created by sculptor Ron Adamson. While it does bear a passing resemblance to Jackson Browne, it was created to represent all songwriters. It was installed in September 1999. Upon Glenn Frey’s death the statue became a setting for tributes to the Eagles songster. 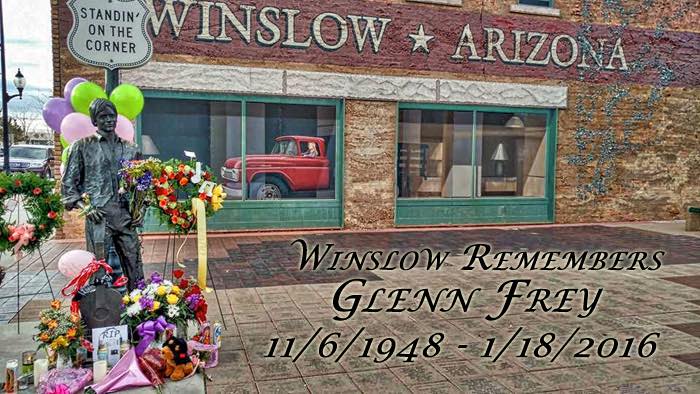 Winslow itself is a pretty interesting town to visit. You can stay in the historic La Posada Hotel which is a former Santa Fe Railroad hotel from 1929. East of town there are a few relics from Route 66’s glory days of welcoming travelers and even a spot where the road literally ends. 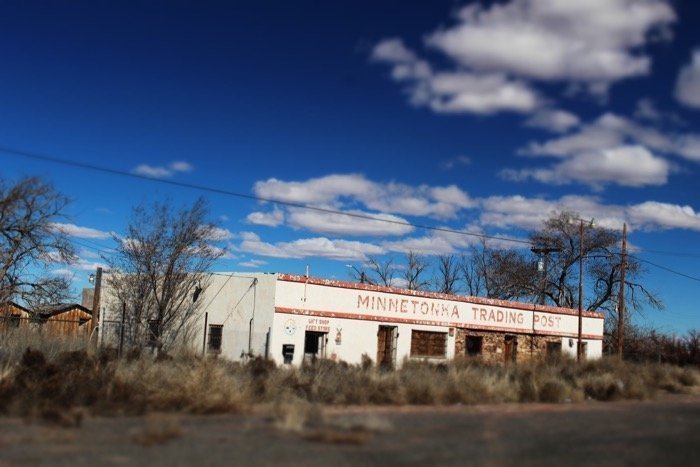 Route 66 peters out below, replaced by the interstate. 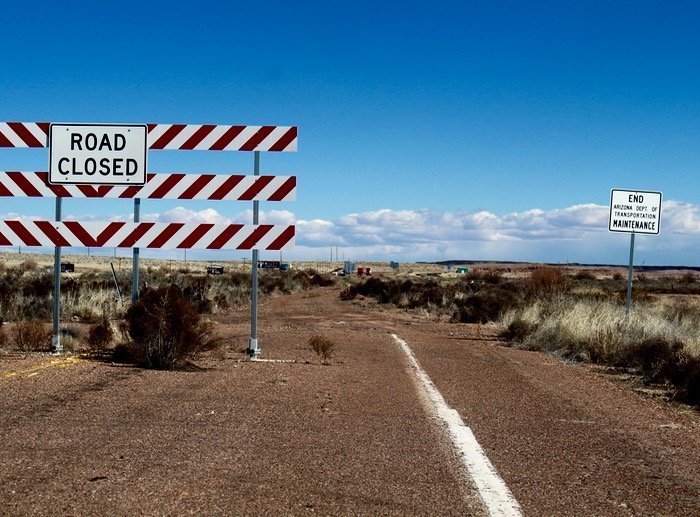 Visiting Standing on a Corner Park in Winslow Arizona

Address: Intersection of 2nd Avenue (Old Route 66 eastbound) and North Kinsley Avenue. Winslow is 58 miles east of Flagstaff. You’ll take I-40 to get to Winslow so make sure to exit the interstate to get downtown.

A twisted drive on the Transfagarasan Highway 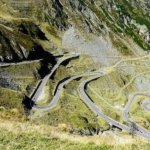 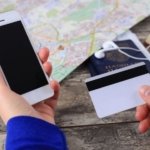