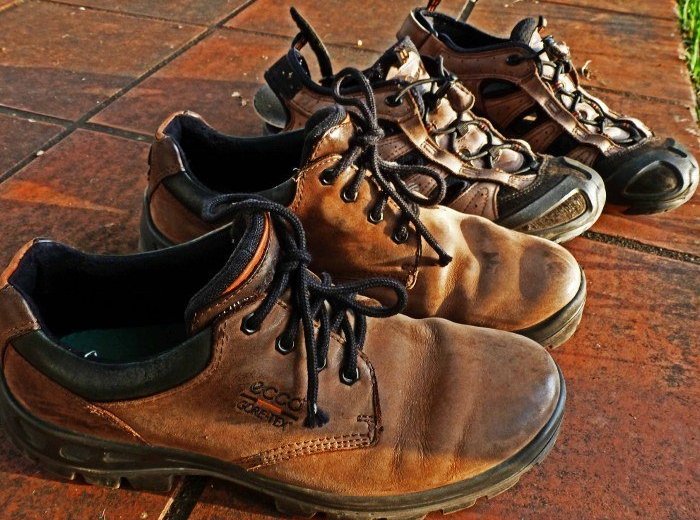 I have only two pairs of shoes with me, both by Ecco. I’ve worn Eccos almost exclusively for about 20 years. They are cut slightly wider in the toe box so they accommodate my size E foot (somewhere between wide and regular).

The pair that I wear almost daily is the Track 5 plain toe low. It’s a brown nubuck style that’s generic enough to go with anything. They were already several years old before the trip started so I thought about getting a new pair. But I figured they’d just get beat up anyway so I decided to wear them as long as they’d hold up. So far they’ve held up great. 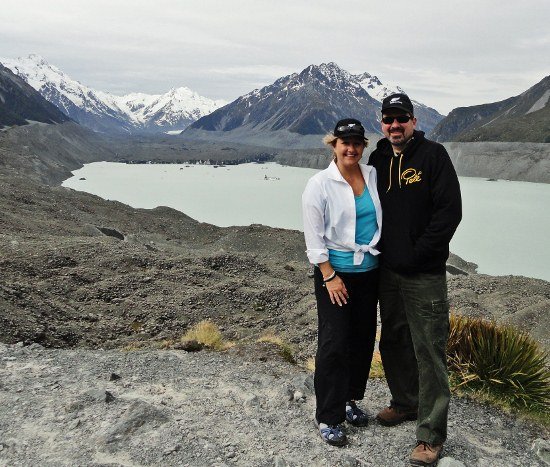 The Eccos were great for a steep hike up to the Tasman Glacier on the South Island of New Zealand.

They started their journey in August, 2011 at the top of the Rocky Steps in our hometown of Philadelphia. Some of their adventures so far have included: hiking along the Great Wall of China, climbing to the top of the ancient ruins at Angkor Wat, spending the night in a cave at a Bedouin camp and yet still looking stylish enough to wear on the streets of Paris.  They even survived being left outside during a torrential downpour in Bali where the next morning they were as full as bathtubs. They dried out by evening and were ready to wear to dinner.

For warmer weather I wear their Cerro yak leather sandals. I bought them at The Walking Company store in Philadelphia. The salesman explained that yak leather is soft but highly durable. The Ecco web site sounds like it is describing the latest in fighter plane gizmos with these shoes: full length Receptor Technology and side stabilizer frames. I wondered where the ripcord was. Ecco does not recommend them for water use but they’ve gotten soaked and lived to talk about it.

If you’re looking for durable, comfortable shoes that aren’t so bulky they look like you forgot to take them out of the box, I highly recommend Ecco shoes.

Please note: These shoes were my own purchases and I am not paid to endorse Ecco. (Oh how I wish.)

UPDATE: February, 2017. After a decade I am still wearing the Ecco Track 5 Plain Toe but I’ve been wearing them so long the model is now called Track 6.  The pair I’ve been wearing were made in Europe. I notice that some Ecco shoes are now made in China, so check first on the model you’re interested in. Quite frankly, I wouldn’t pay a premium price for Chinese made shoes. 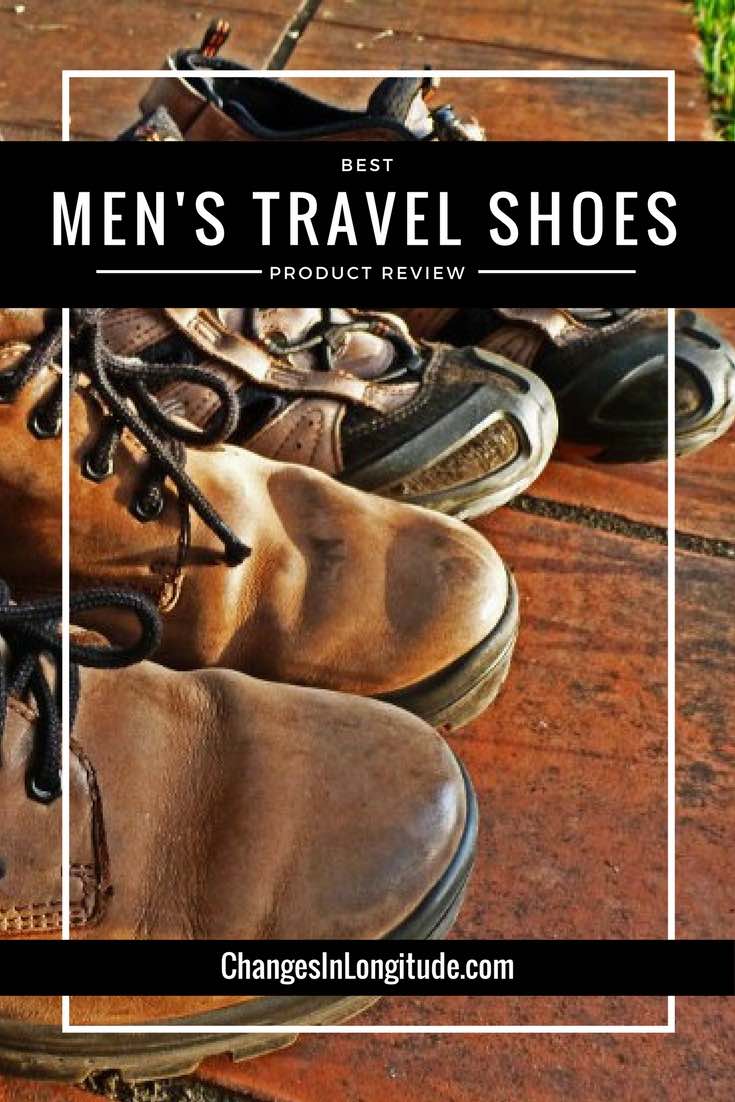 The world’s heaviest building is in Bucharest 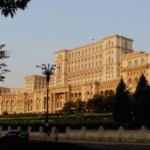 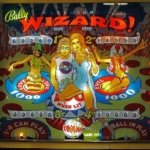 We’re off to see the pinball wizard
Scroll to top