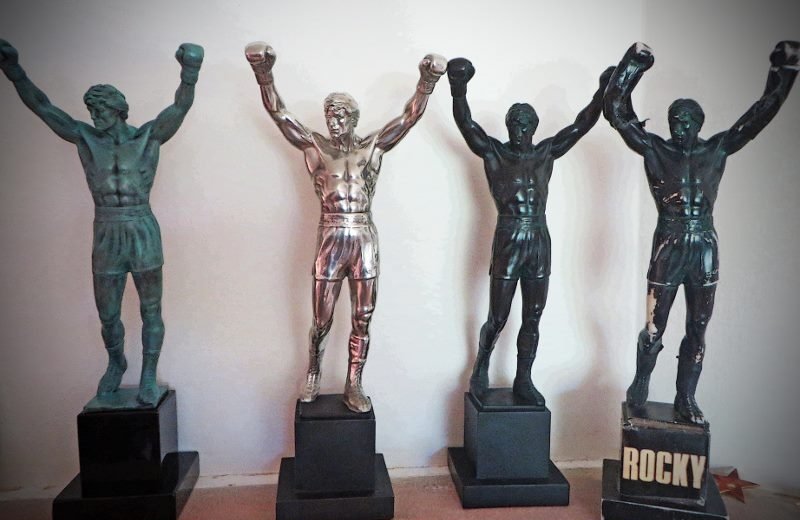 We’ve been traveling around the world for almost three years with our trip mascot Little Rocky but had yet to meet sculptor A. Thomas Schomberg, the man who made the Rocky statue. Originally the statue was a prop for the movie Rocky III but its popularity due its strong expression of triumph over adversity has made it one of the most recognizable pieces of artwork in the world. 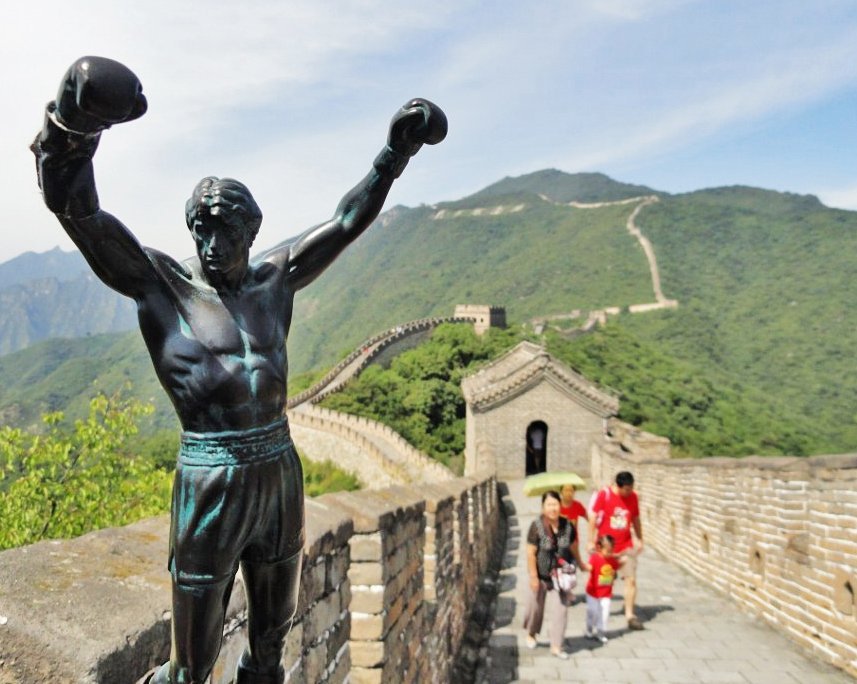 Initially we thought we’d just take photos of Little Rocky at popular landmarks like the Great Wall of China and the Eiffel Tower. But a strange phenomenon happened. Whenever we whipped him out for a photo-op a crowd gathered with people jumping up and down, fists raised in triumph, as they hummed the Rocky theme. Our little mascot introduced us to people all over the world.

As we’ve traveled to over 30 countries with our Rocky statue he was unrecognized in only two places: North Korea and the Kalahari Desert in Namibia. Everywhere else he was embraced wholeheartedly, particularly in Italy and South America.

Along the way we made contact with Thomas Schomberg’s daughter Robin. The family was selling the Rocky statue again and were intrigued by our journey. We planned to meet up with the sculptor if we were ever near his studio in Palm Springs, California. 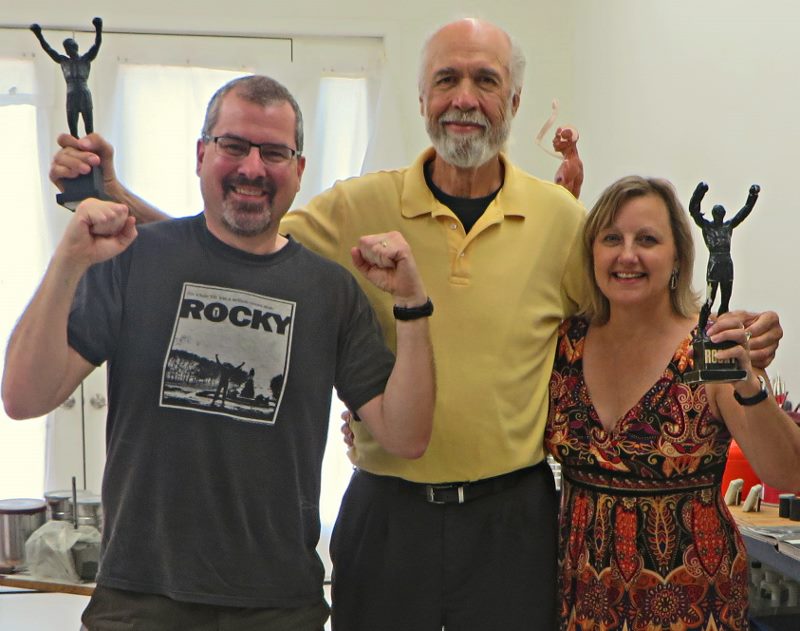 Our Little Rocky, held here by Larissa, was a bit confused being around so many cousins.

Our paths finally crossed earlier this year when we met sculptor Thomas, wife Cynthia and daughter Robin.  I was interested in how he created the famous statue that has become one of the most popular attractions in Philadelphia. (Right after Independence Hall and the Liberty Bell.)

In the 1970s Schomberg was making a living as a sculptor who focused on sporting figures, with boxing one of his specialties. He had been in touch with Sylvester Stallone about making a statue to commemorate the 22 members of the United States boxing team who perished in an airplane crash in Poland in 1980. That memorial was eventually dedicated at the US Olympic training center in Colorado Springs, Colorado. 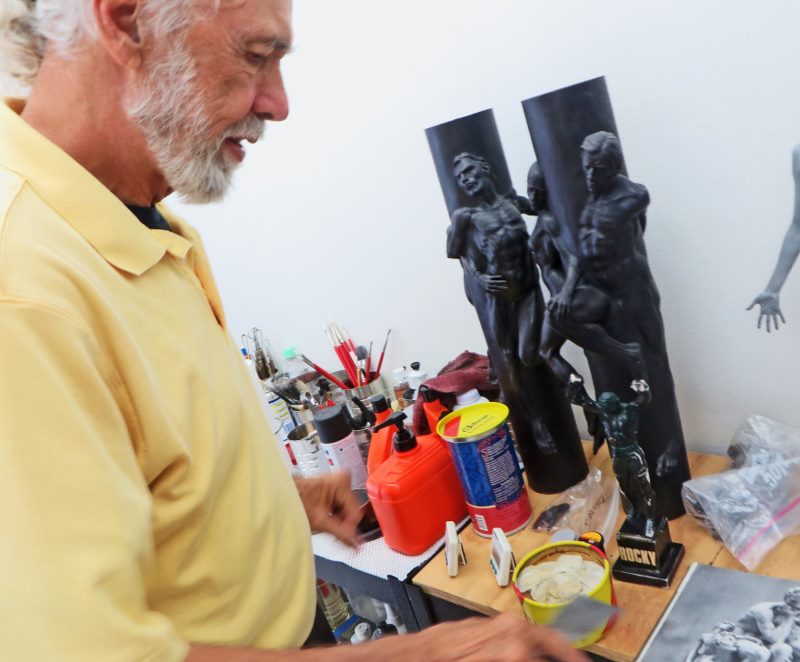 The artist at work in his studio.

Stallone had already made two Rocky movies and indicated he needed a larger-than-life statue for the upcoming Rocky III, this 9-foot-tall sculpture eventually became what we all know as the Rocky statue. During the process, Schomberg placed a plaster cast on Stallone’s face to capture his likeness with straws sticking out for him to breath through. He says the actor was a good sport about it.

There was one area where Stallone had some impact on the artist’s vision. As any Rocky fan knows, Stallone was much more muscular and “cut” for Rocky III than he had been in the prior movies. When he saw the clay model for the statue Stallone commented that it appeared to be a little beefy. Schomberg took his tools and with a few judicious trims made the more physically sculpted Rocky that we know today. 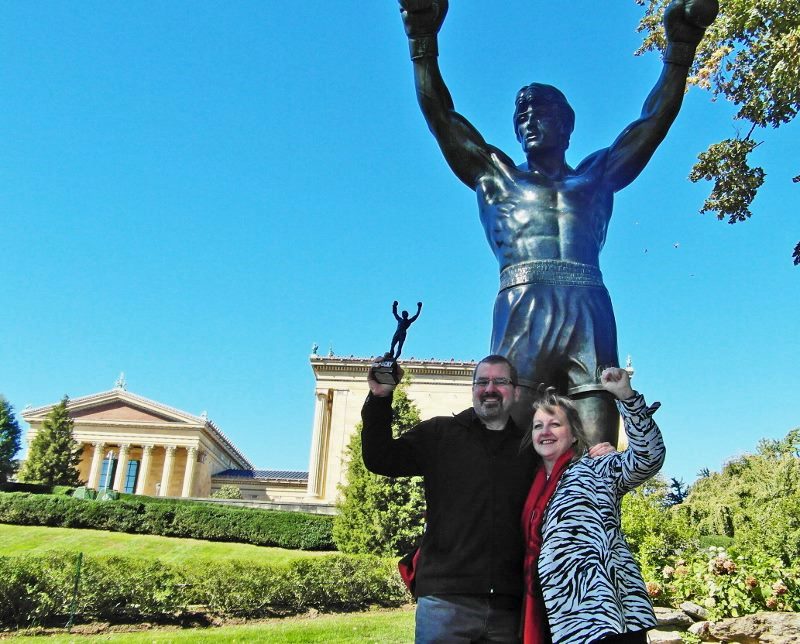 Little Rocky at the original Rocky statue in Philadelphia.

I asked Tom what it’s like to know that virtually 24/7 there was someone in Philadelphia posing with his artwork, in fact during the day there’ s usually a line to get your picture taken. “I’m honored by that and it’s humbling, ” the quiet artist replied. It’s rare for a modern artist to create a piece of work that is recognized the world over but Thomas Schomberg has done just that.

With Little Rocky in tow we’ve met several celebrities, including former President Jimmy Carter and actor Danny DeVito. Now we need one more person to make our journey with the Rocky statue complete: Sylvester Stallone. Yo Sly, if you’re reading this, let’s meet up so Little Rocky can pose with the real Rocky!

You can view photos of the Rocky statue on six continents or take a look at this video: [youtube]http://youtu.be/wt5YT78rkpI[/youtube] 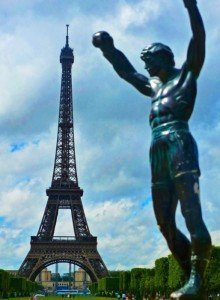 If this story has you hankering for your very own Rocky statue you’re in luck. You can now purchase the official 12″ ROCKY Statues. Schomberg Studios is selling a limited edition of this fine statue that is recognized around the world.

For information on buying a Rocky statue go to the Official Rocky Sculpture Store.

By the way, there are three full-sized Rocky statues;  the famous one in Philadelphia, one at the San Diego Hall of Champions pictured below, and one still owned by Thomas Schomberg. 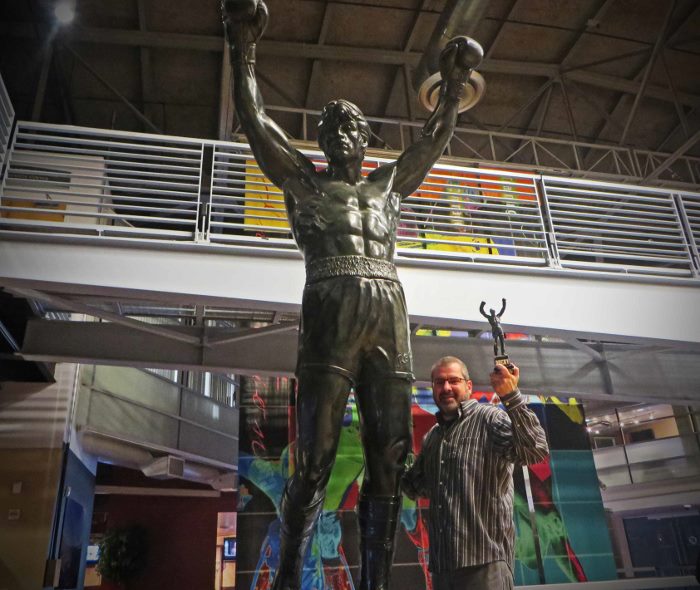 To receive free updates from this blog and valuable travel tips sign up here. 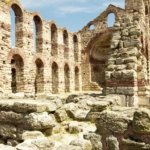 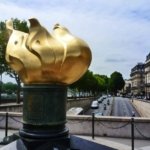 Exploring off the beaten path sights in Paris
Scroll to top