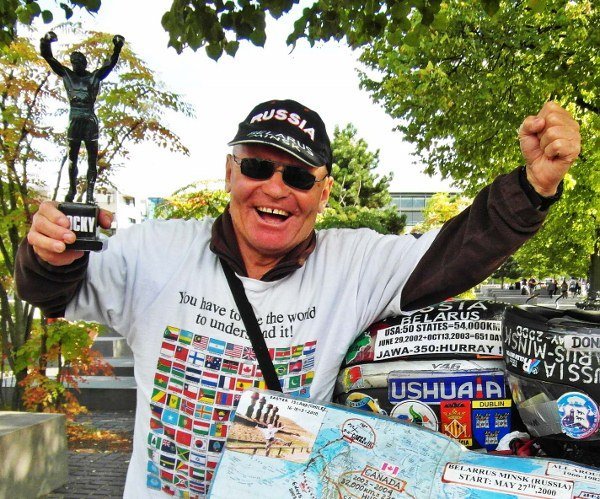 Vladimir Yarets is a native of Belarus who’s ridden his motorcycle through over 120 countries and 300,000 miles. To make his achievement all the more remarkable he is deaf and mute. Did we mention that he’s also 71 years old and looking for new lands to conquer? We met Vladimir in Berlin, where he makes our journey look like a stroll in the park. 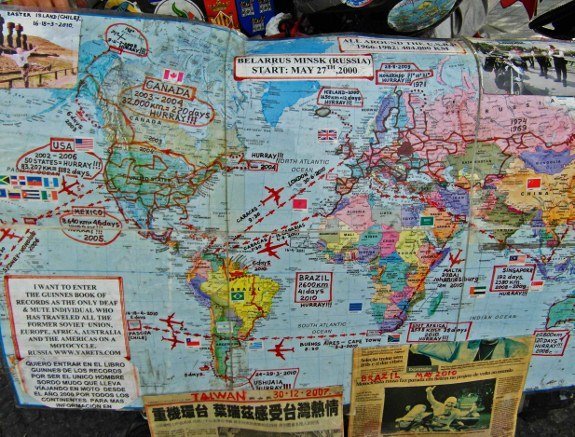 This map shows where Vladimir has been so far along with clippings from newspapers in Brazil and Taiwan.

We ran into Vladimir near the Brandenburg Gate in Berlin where he was raising funds for the next leg of his travel. When he shook my hand I felt like I was in a gravel crusher. His strong grip no doubt a result of all those hours holding on tight to the motorcycle handlebars.

Communication was difficult at first so we chatted by writing notes. He lit up when we were able to convey that part of Larissa’s family also comes from Vladimir’s hometown of Minsk. He pulled out several binders that showed pictures of him at landmarks all over the world along with an impressive display of press clippings, including a few from Japan. 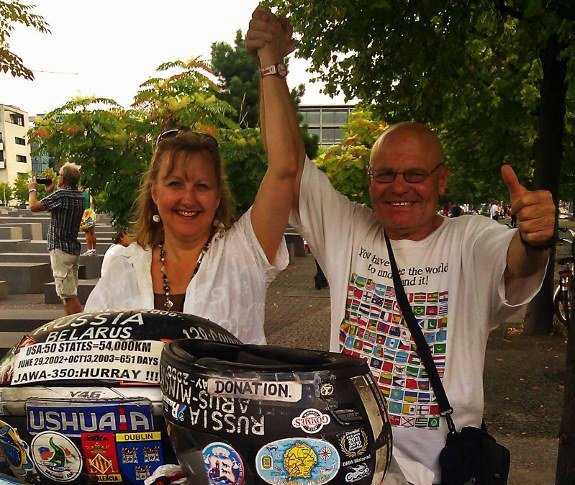 Two Belorussians meet up in Berlin.

Vladimir started touring around the Soviet Union in 1967, when that type of independent travel was frowned upon by the authorities. Having conquered his own country he set out for new lands and hasn’t stopped since. (Except for a one year stay in Peoria, Illinois while he recuperated from a run-in with a truck.) 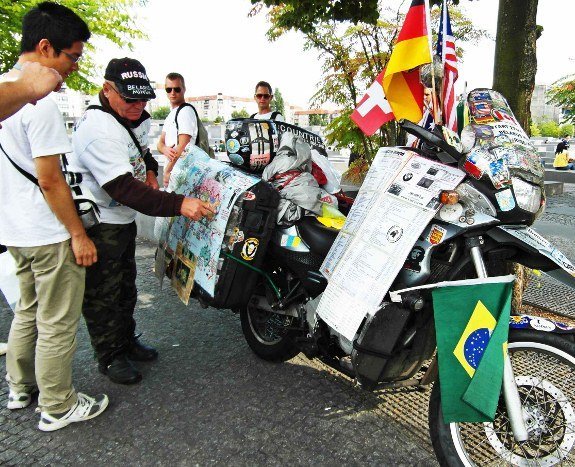 Vladimir points out where he’s been to a curious onlooker.

The easiest way to show what we’ve been up to was to share pictures from our camera as we explained our own year-long global odyssey. While ours paled in comparison, meeting Vladimir was encouraging as he showed that you are really never too old to grab life and pursue your dreams. We hope his fundraising in Berlin was successful as he pushes off for further frontiers. 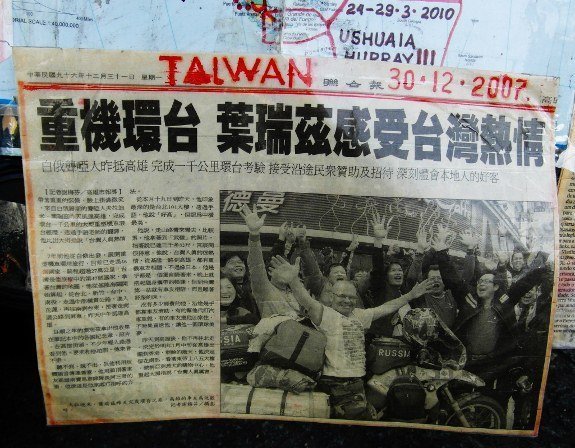 In 2007, Vladimir was greeted like a rock star in Taiwan.

Vladimir’s enthusiasm and zest for life are quite contagious. At age 71 he’s not slowing down but accelerating.

What do you see yourself doing when you’re 71?

On the trail of the real 44 Scotland Street 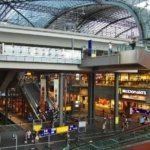 Larissa’s skirmish with a German toilet
Scroll to top