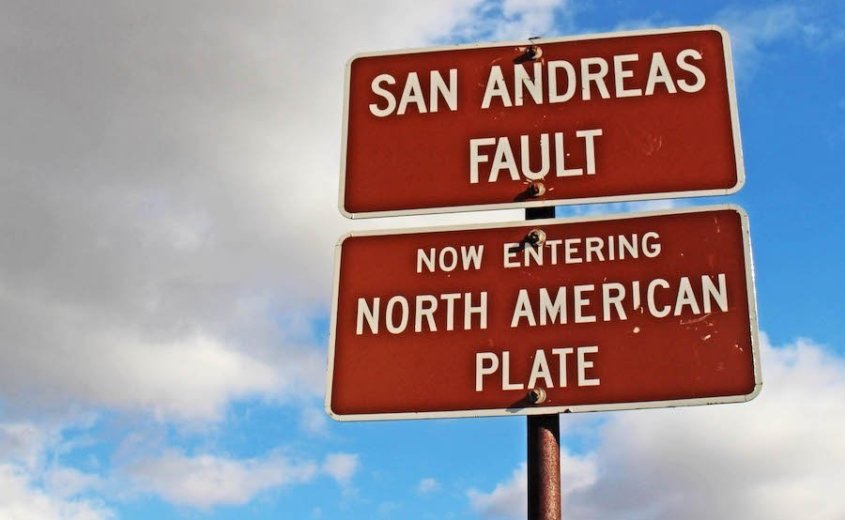 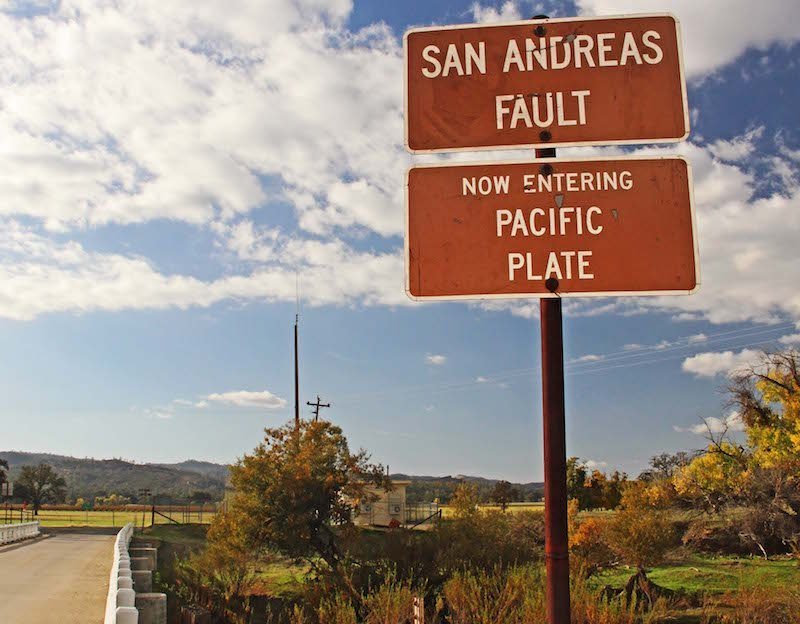 The town of Parkfield, California sits astride the San Andreas Fault and proudly bills itself as “The Earthquake Capital of the World.” On the water tower outside the Parkfield Cafe they even declare “Be here when it happens.” (Admittedly it’s not like visiting amazing wineries in Napa Valley, but we are quirky like that. 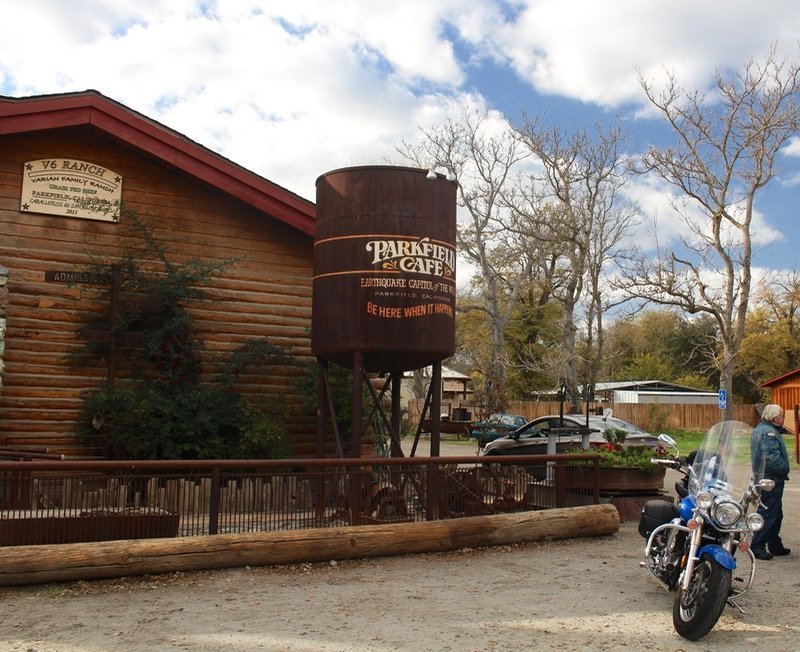 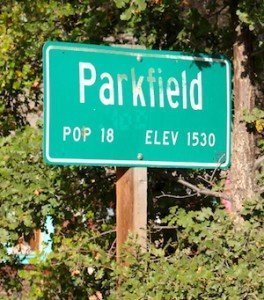 The remote town in central California (about 200 miles from both San Francisco and Los Angeles) consists of less than two dozen full-time residents, but that number swells when scientists from the United States Geological Survey visit their on-site monitoring unit. The unit is part of something called the Parkfield Experiment, a long-term earthquake research project that records seismic activity to help predict when the “Big One” will strike the Golden State.

According to the USGS website which reports on the Parkfield Experiment:

“Moderate-size earthquakes of about magnitude 6 have occurred on the Parkfield section of the San Andreas fault at fairly regular intervals – in 1857, 1881, 1901, 1922, 1934, and 1966. If such characteristic ruptures occur regularly, then the next quake would have been due before 1993.”

One of the highlights of a visit to Parkfield is the bridge straddling the San Andreas Fault which separates the North American and Pacific plates of the earth’s crust. Signs at either end of the bridge even note that you are entering the North American Plate or the Pacific Plate. The bridge has shifted five feet in the last 80 years, which is evident when looking at the piers, but local residents take it all in stride. 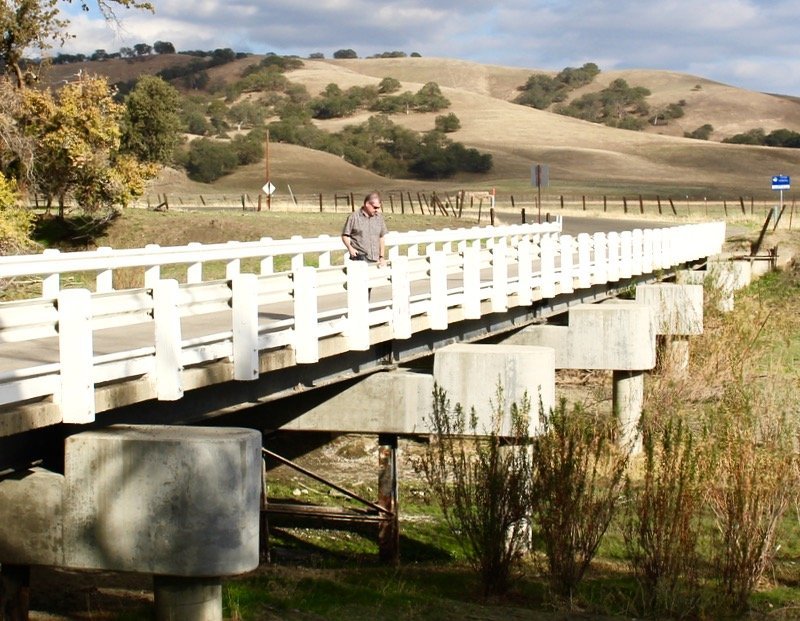 As we were taking photos of the bridge a grizzled old farmer pulled up in his Ford pickup truck and yelled over at us, “You know, it’s all your fault!” At first I thought we had done something wrong until I got the gallows humor and gave him a wave. 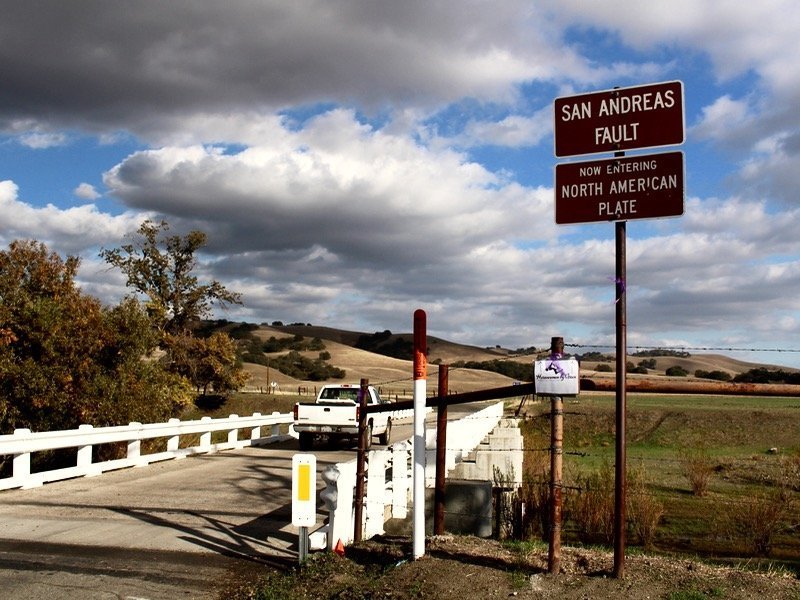 It seemed to make his day as he roared with laughter and drove off. I wonder how many unsuspecting visitors he gets with that line. 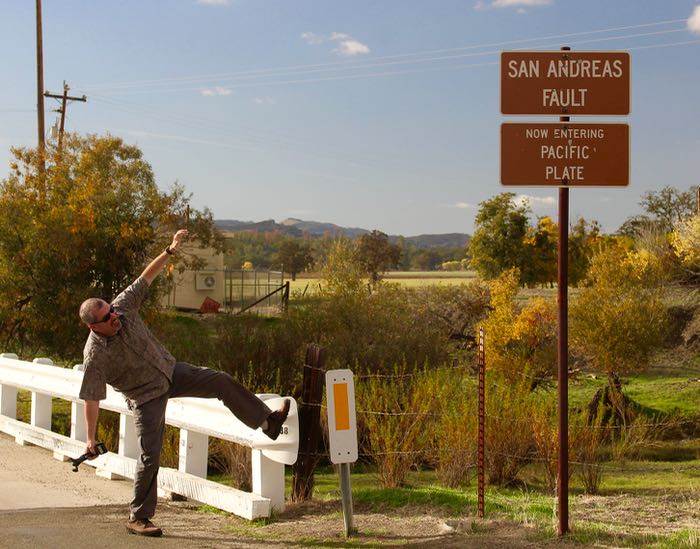 We were only in an earthquake once, oddly enough in Philadelphia during the Virginia earthquake of 2011 that was carried up the East Coast and damaged the Washington Monument. Do you have any earthquake experience to share? 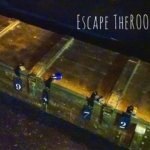 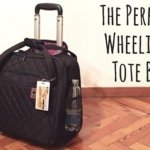