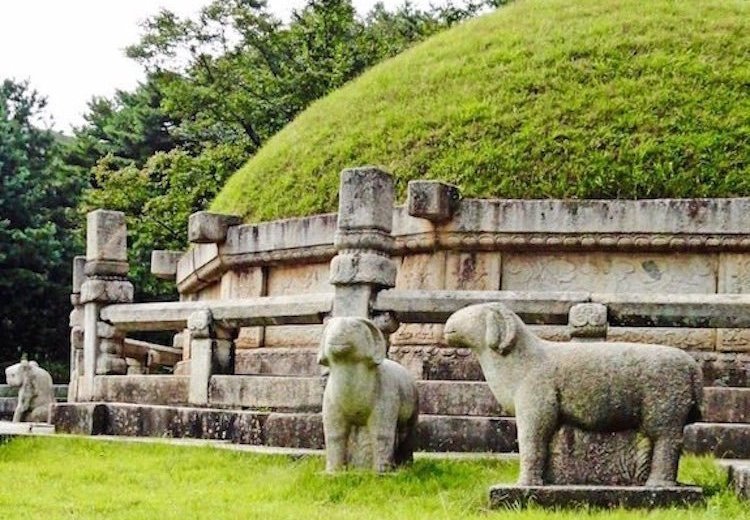 Despite the fact that ancient history in North Korea goes back more than 4,000 years, the country’s rich culture is often masked by current events. It seems that we can’t go more than a few weeks without news of saber rattling from the current regime about missiles, nukes or some other threat.

During our visit to North Korea, we were mostly shown sights related to the iconography of the modern era: monuments and museums propping up the cult of personality related to the dynasty started by Kim Il Sung, passed on to his son Kim Jong Il, and now perpetuated by Kim Jong Un. But that leadership has been in place for only 75 years, the blink of an eye in the Korean peninsula’s long history. 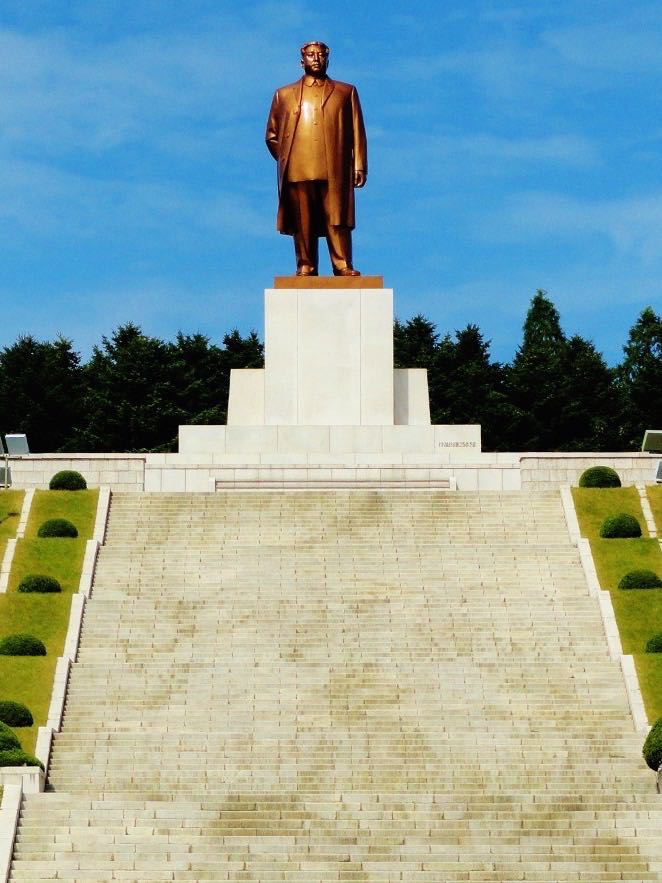 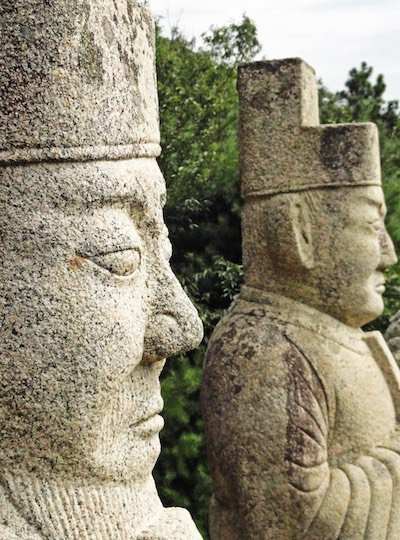 The day was hot and sticky as we trudged up the steep hill on Tongil Street to gaze upon yet another massive, gilded statue of the country’s founder, Kim Il Sung. We were in the industrial city of Kaesong, fresh off a visit to the Demilitarized Zone separating the two Koreas, which is only three miles south. The city is laid out in typical DPRK fashion with wide boulevards leading to the city’s high point where we found the gold monument to the nation’s founder. But the Korean peninsula also holds fascinating treasures hearkening back to a different time.

From 918 to 1392, Kaesong was the capital of Korea (which of course was united back then) and the home of the Koryo Dynasty, the source of the name Korea. We left modern-day Kaesong in a bus to visit a rural area that held royal tombs from that era. Along the way we passed verdant rice paddies with farmers harvesting their crops while soldiers on patrol, a common sight near the DMZ, strode nearby. 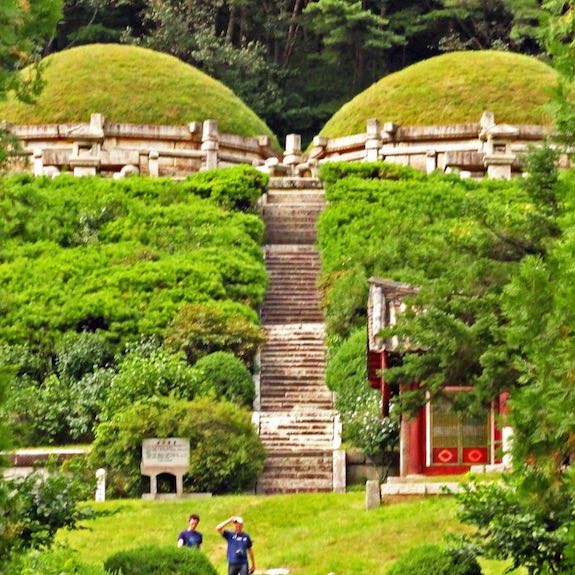 After the bus climbed a narrow hillside path, we approached the Hyonjongrung royal tombs, the 14th-century burial site for King Kongmin and Queen Noguk.  The tombs are typical of burial architecture of the era, two large grass-covered mounds set atop the hill with a commanding view over the valley below.

We hiked up several flights of steps to the tombs, passing stone statues of men wearing robes and traditional hats. They are the king’s advisors, placed there to provide eternal guidance to the deceased royals. Seven-ton stone slabs mark the entranceway to each tomb. Gray stone statues of tigers and lambs, representing strength and compassion, guard the tombs in perpetuity. 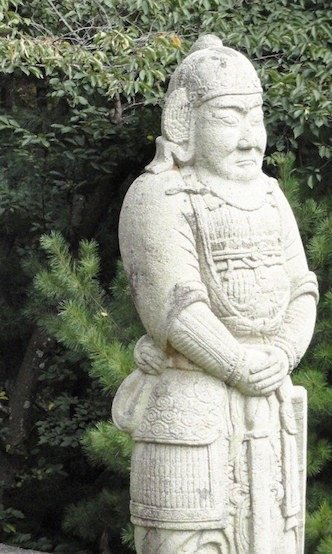 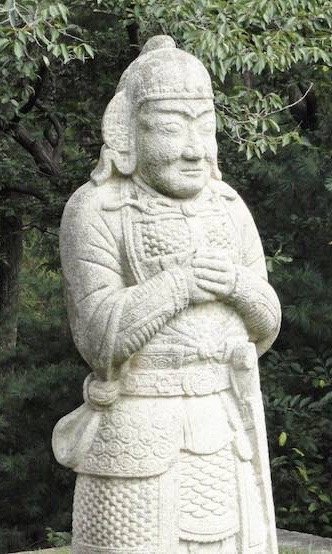 Our guide, Mrs. Lee, was proud of her country’s long history, but in a country like North Korea, current events usually cast a long shadow over the past. “These tombs represent a time when Korea was one country. But as you can see, it is now divided. One wonders whose fault that is?” Mrs. Lee intoned, giving the official government line that the United States and its South Korean “lackeys” are preventing the reunification of the two Koreas.

Despite the message, it was refreshing to view a site in North Korea that truly was historic, not something newer built after the rise of Kim Il Sung. Similar tombs on the South Korean side of the DMZ have been recognized by UNSESCO as World Heritage sites.  The North Korean sites are unblemished by mass tourism and can be seen in their pristine ancient setting. 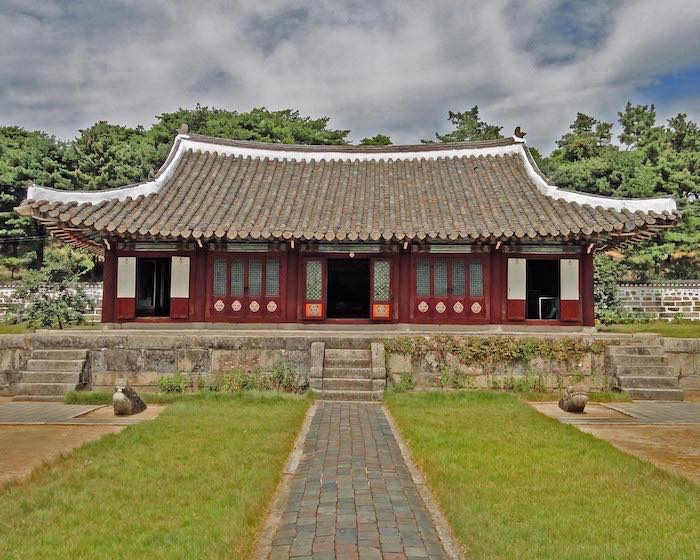 Unfortunately, the interiors of the tombs were plundered by Japanese troops during their early 20th-century occupation of Korea. However, some relics were saved and are now preserved at the Koryo Museum back in Kaesong. Housed in a former Confucian Academy that trained the children of nobility, it displays relics of the Koryo Dynasty that include several royal tombs and statues. The museum, flanked by a pair of 500-year-old gingko trees, is a revered link to the past set in a green oasis slightly removed from the city. 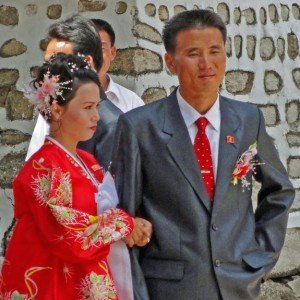 Outside one of the temples we watched a wedding couple as they posed for their official photos, the bride resplendent in a traditional Korean choson ot dress in a scarlet red fabric, while the groom wore a Western gray suit and the slightly dazed expression exhibited by grooms everywhere on their wedding day.

As we saw at Kaesong, the Korean peninsula has been ruled by centuries-long dynasties. We drove out of town and passed once more under the shadow of the statue of Kim Il Sung. One wonders if that icon will still be standing and venerated centuries from now. 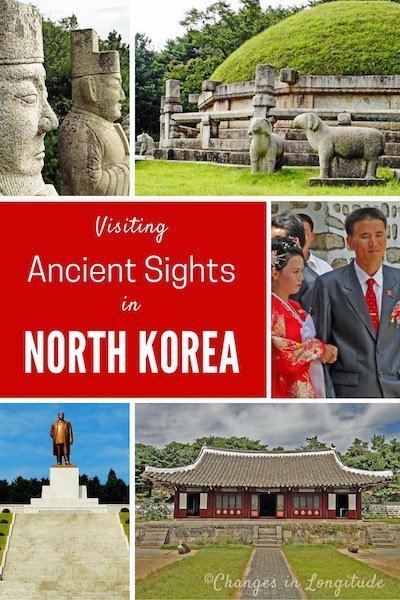 Staying at the Pineda Aparthotel in Bibione, Italy 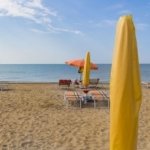 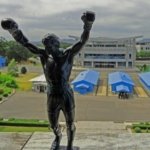 Run DMZ: Visiting the DMZ on the North Korean side
Scroll to top