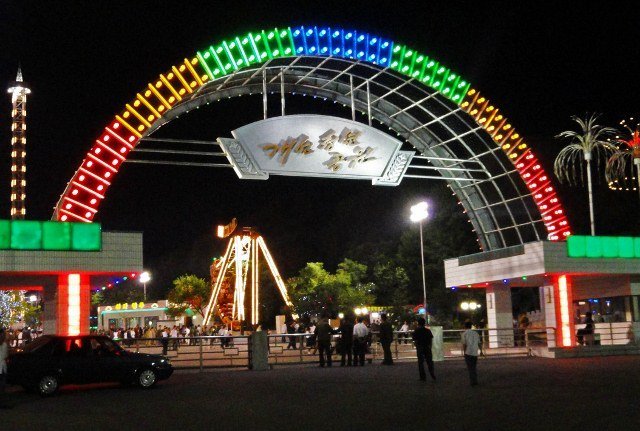 For our final night in North Korea we went to the Pyongyang Fun Fair. It was hard to imagine the words “Pyongyang” and “Fun” in the same sentence, let alone back-to-back, so we were curious what it was all about. Our bus rolled up to the fair and from most outward appearances it looked like a typical carnival in the heartland of America. Although it was relatively dark by American county fair standards, for North Korea it appeared like a glittering Las Vegas in the middle of the desert.

We entered through a thirty-foot high rainbow-colored arch, unlike seemingly everything else in North Korea’s showpiece city it wasn’t the largest of its kind in the world—for once it was just an arch—that was surrounded by glittery fake palm trees. For electricity deprived North Koreans the effect is like the scene in the Wizard of Oz where the film fades from black-and-white to dazzling Technicolor. 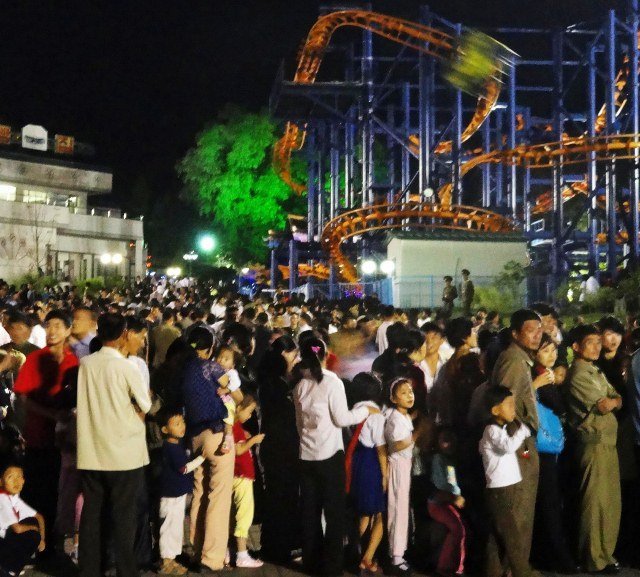 The first thing we noticed was how orderly the crowds were. There were long lines for every ride but there was no pushing and shoving going on, not even any smiling really. There wasn’t a knee or elbow out-of-place from someone trying to gain an advantage in line. We had just left China where many crowd activities take on the physical maw of a rugby scrum. The regimented society did produce one positive result. Too bad it comes with so many negatives.

The other aspect of the fair that was unusual was how quiet it was. If a carnival could take place in a church this is how we imagined it would sound. The hundreds of people produced hardly a peep. Maybe some of it was due to the relative darkness of the fair which tends to lead folks to talk in hushed tones.  More likely these are individuals who are used to modulating their voices because they never know who is listening.

When we walked over to the roller coaster we realized what was missing. North Koreans don’t scream on rides. To scream is to stick out and be noticed and this is a society where one definitely doesn’t want any undue attention. The mantra is: keep your head down, do your job, and don’t ask any questions. That’s how they survive. It’s become such an ingrained way of life that it even passes over to the few leisure activities offered to them.

The British leader of our tour group, Nick, takes a different approach to life. When he was strapped into the roller coaster he immediately started screaming in a loud, high-pitched falsetto that must have been painful for his male vocal chords. The other Westerners in the car with him started screaming too. (Full disclosure here, Larissa went on the ride and was one of the screamers, Michael did his usual avoid the roller coaster routine and stayed behind on firm ground to hold the ladies’ purses. He’s good at that.) 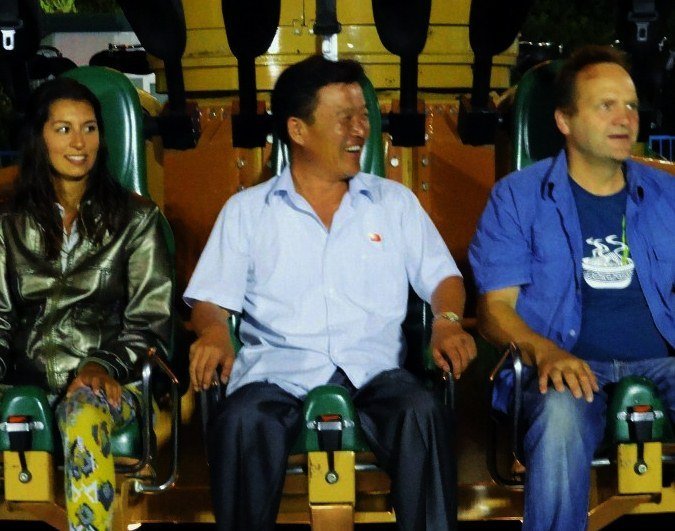 A night at the Pyongyang Fun Fair

The North Koreans were amused by the whole episode. We saw the beginnings of a smile appear from the people waiting in line for the ride. When the ride actually started and Nick’s screams reached ever higher octaves those smiles turned into actual laughs. Some of the North Koreans picked up on it and when it was their turn to be flung around the roller coaster they started screaming too. Soon there were folks all over the ride screaming with abandon.

And that’s when we realized what had been missing all along. A carnival can’t be quiet. It has to be noisy from the delighted squeals of children, and adults acting like children. Nick introduced screaming on rides to the North Koreans and they were enjoying this unbridled display of emotion. On a ride in the dark night they could be anonymous, with no one in authority wondering who the squeaky wheel was.

As our group left the park it was noticeably louder than when we had entered. It sounded like a fun fair where people were actually having fun. I wondered, however, what it would sound like on the next night, and the ones after that.

Click the link for more stories about our visit to North Korea. 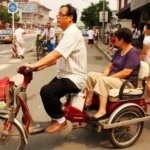 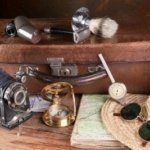 Our favorite travel accessories and gadgets
Scroll to top