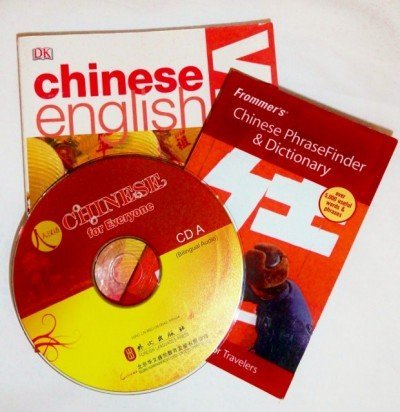 A question we are frequently asked by friends and family is how we will handle the language barrier in other countries, particularly in places like China where we won’t even be able to read the street signs. Will we try to learn the language before we go?

In the past we’ve tried practicing a new language with the Rosetta Stone and were not impressed by it. We’re a little dubious of a learning package that is so aggressively marketed to the point that you find it at mall kiosks right beside customized coffee mugs and the latest stuffed animal craze.

Since we will be traveling around the world and encountering so many languages (even within China there is a different dialect between Beijing and Shanghai) it would be impossible to learn the language of every destination.

It turns out that Michael is not very good at languages anyway, heck, he’s still working on English, while Larissa seems to absorb up enough of the local dialect on the short hike from the airplane to the baggage carousel. She also has a pitch perfect ear for picking up accents while Michael is basically tone-deaf.

Michael took four years of Spanish in high school but the extent of his knowledge pretty much prepared him for understanding the emergency exit signs on the New York City subway system; and even that was several decades ago.

Learning some aspects of the local language is more important for Larissa since she is allergic to many different types of shellfish. Whenever we have traveled throughout Europe she has written the words for what she can’t eat. This will be much more difficult with the characters of Asian languages.

What we will do is make sure we understand some basic phrases for each country before we arrive. Saying “please” and “thank you” go a long way. We also learn how to say, ‘Excuse me but I don’t speak your language.” The ability to pantomime helps so being a former Charades champion would be a definite plus.

In Mandarin the language consists of four different tones, so the word for “mom,” said slightly differently, could mean rope, horse or scold. No phrase book in the world will help the visitor decipher those subtle variations. Last week we asked a waitress in a Beijing restaurant how to say “please,” she walked us through it phonetically and made sure we had the right tone, in this case a rising inflection.

Whenever we ask people how to speak their language properly we always get a positive response. Just showing that you are making an effort to learn goes a long way toward breaking down barriers.

The best way to learn a language is to live in the country where it is spoken, even during the course of a week-long visit you will pick up enough words and key phrases to get by. Our impromptu language lesson from the Beijing waitress shows there is no substitute for on-the-spot learning from a local.

From the Rocky Steps to the world 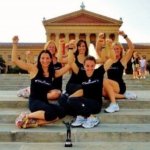 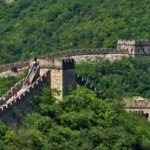