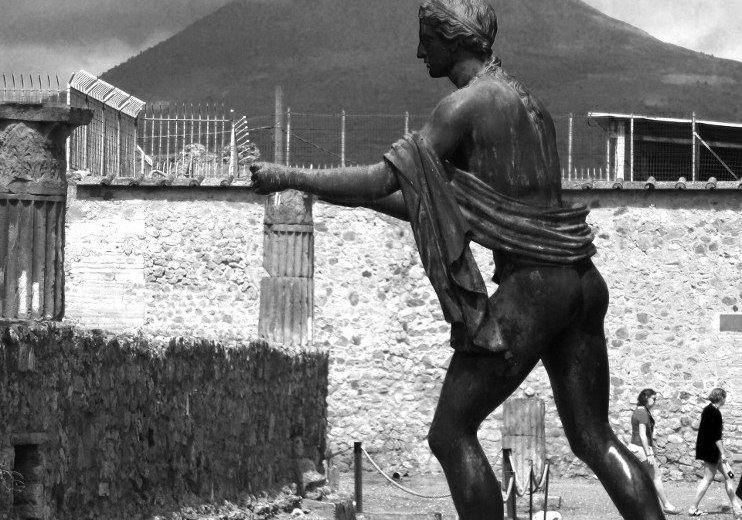 When Mount Vesuvius erupted in 79 AD it buried the nearby Roman town of Pompeii. Layers of ash and pumice kept the village almost intact until it was rediscovered in the 1700s. We visited Pompeii with Michael’s mother a few weeks ago. Follow along as we present the following images of Pompeii: 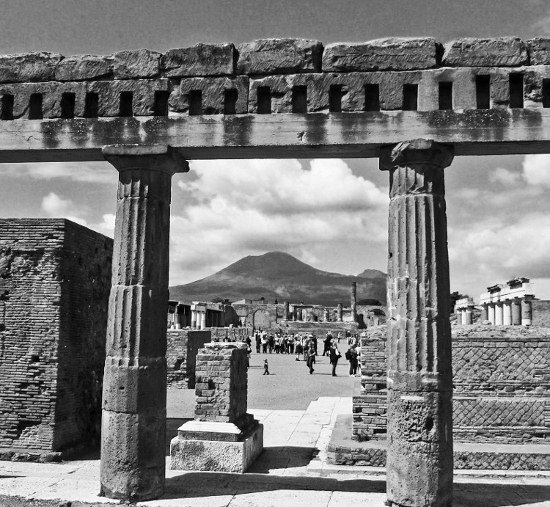 While walking around Pompeii it is hard to escape the continual presence of Mount Vesuvius. 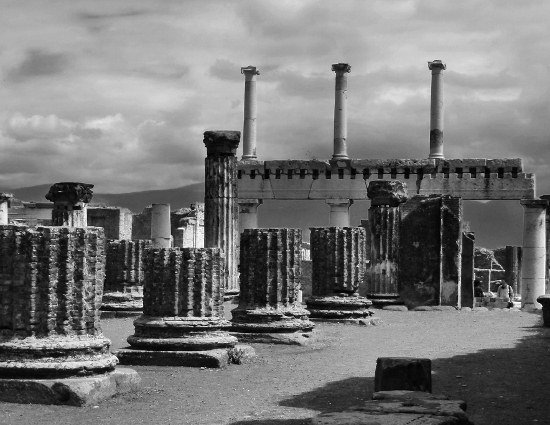 Many columns were sheared off by the force of the blast. 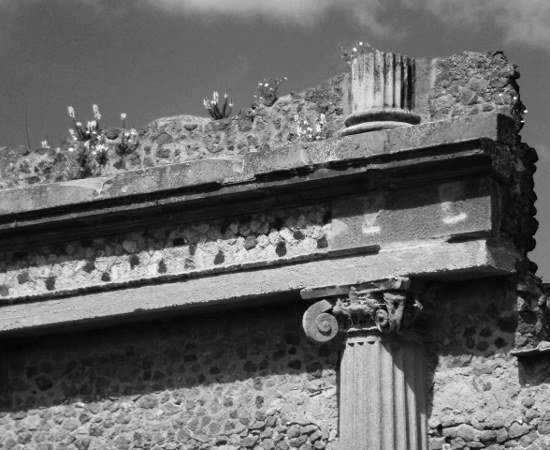 Wildflowers abound in the cracks and crevices of Pompeii as seen at the top of this wall. 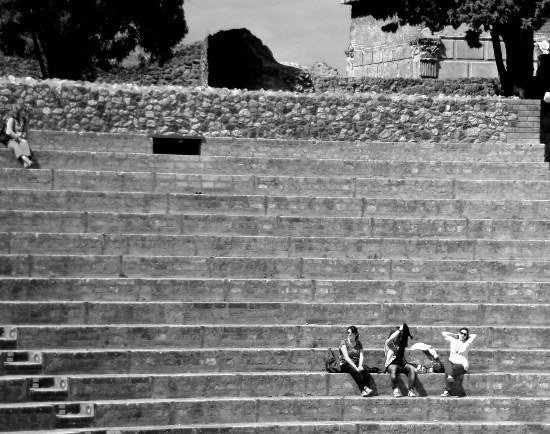 The theater appears ready to put on a show. 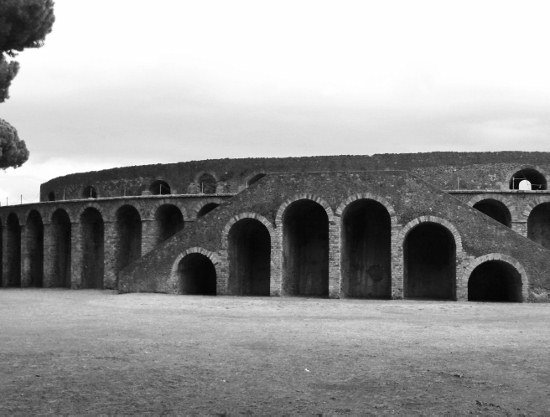 The amphitheater survived fairly intact. Pink Floyd filmed a concert video (without an audience) here in 1971. 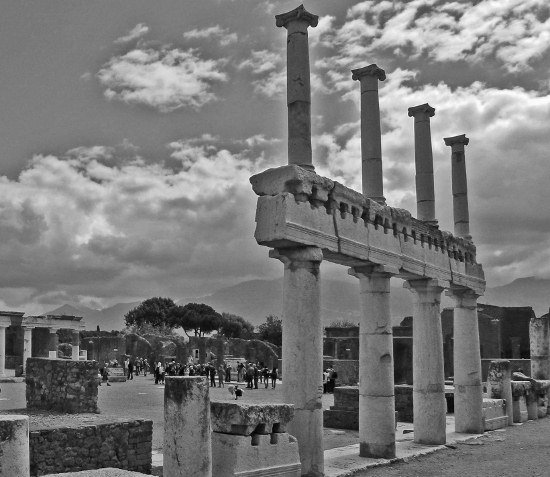 Parts of the Roman forum still retain their two-story height. 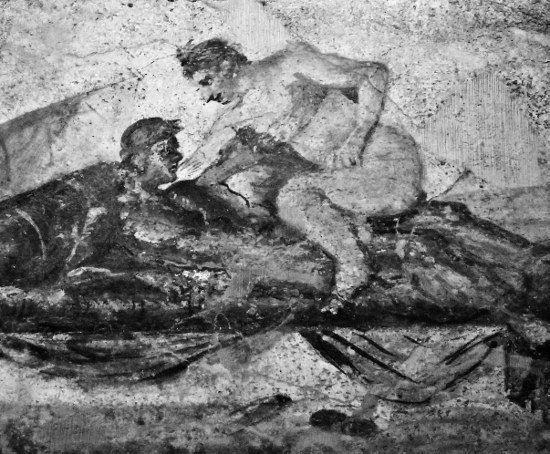 In one of Pompeii’s brothels the fresco paintings on the walls survived the eruption. Over a dozen images present a visual menu of what was available to the discerning customer. Until 40 years ago this room was off-limits to female visitors as it was considered too shocking. 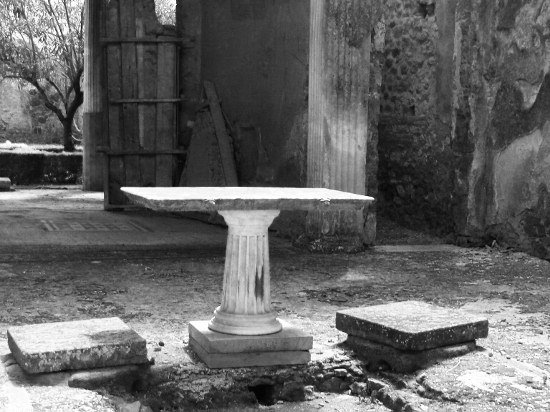 This pedestal table sits in the courtyard of a merchant’s house. 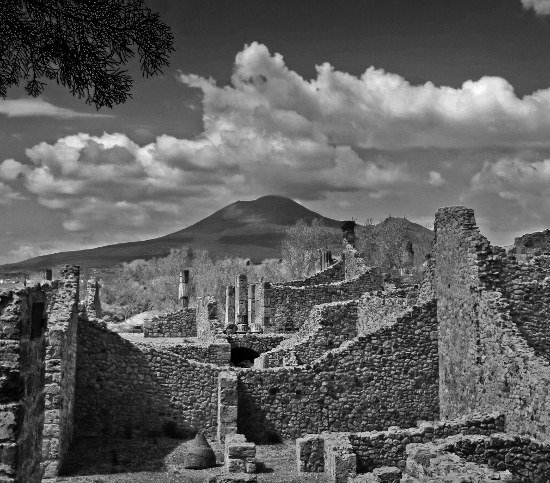 On a cloudy day the tip of the volcano appears to be steaming. Is there another eruption in its future? 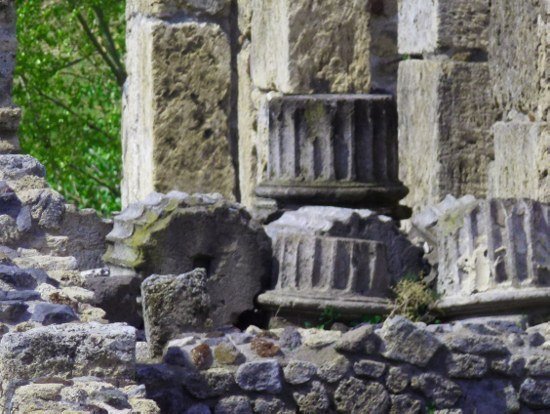 Sometimes on even a gray day a little splash of color survives. We like to think it represents rebirth and survival.

Another slice of Bologna (Part II) 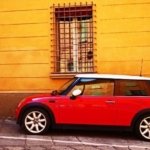 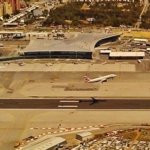 Video: A rocky takeoff from Gibraltar Airport
Scroll to top