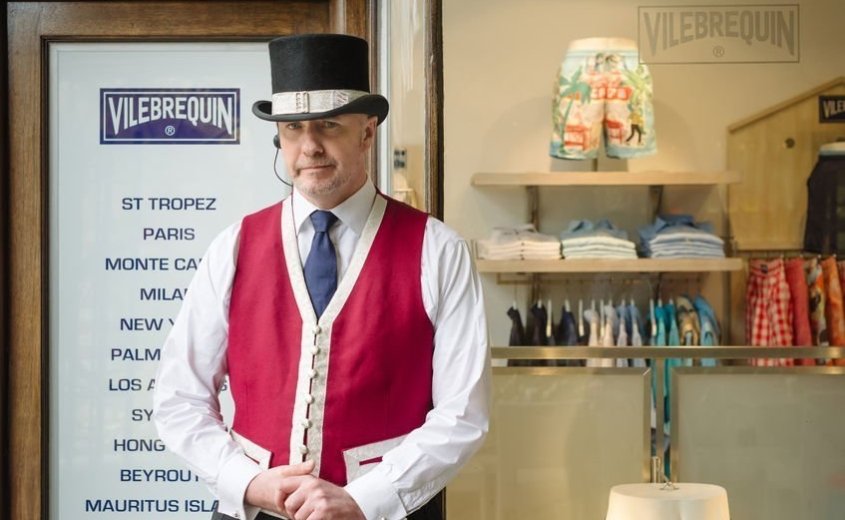 London is a fascinating city filled with history. From its official naming in the Roman era to its bustling streets today, the city has always been important to England..

We’ve already written about free things to do in London, and are now revealing many unusual attractions and historical sites that you can visit there. (Many of which are also free.) These are hidden sights in London, the ones that many visitors, and even locals, never see. Here are seven interesting and sometimes bizarre things that you can find in the capital that you won’t want to miss.

During World War II, several protective deep level air shelters were built. With kitchen and medical facilities, they were able to hold 8,000 people. The reason that this particular shelter on Chenies Street in Bloomsbury (near the Goodge Street Station) is so famous is because it also doubled as a signals and command facility for General Eisenhower’s during the war. It’s now leased as storage space, but the exterior is a must-visit for military history buffs. 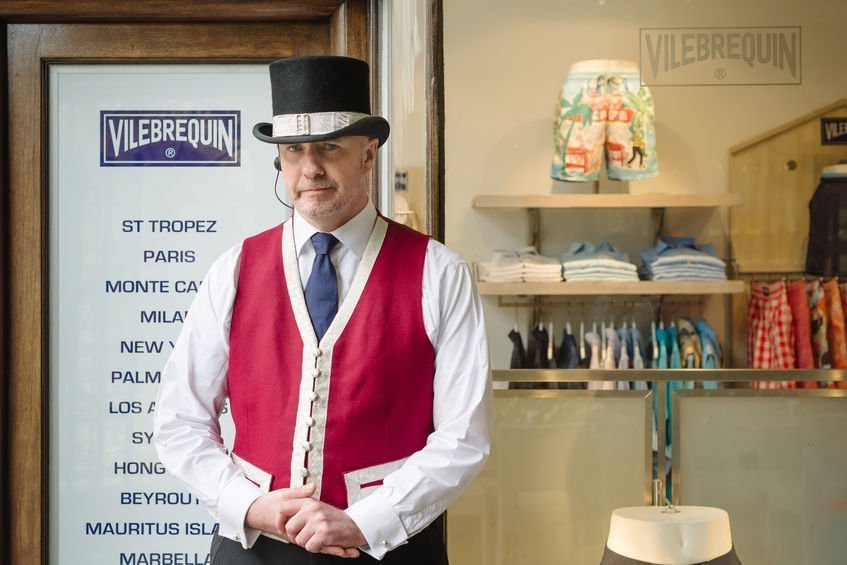 Burlington Arcade can be found just off Piccadilly and has had its own legal jurisdiction since 1818. It’s like walking into a slice of Edwardian England, with Beadles walking around instead of security guards. If you run, whistle, hum, open an umbrella or do anything that might show a jovial nature, these guards in Edwardian dress will politely ask you to leave. It’s all part of the fun in this odd corner of London.

On the South Side of the Thames, near to the Globe is an inconspicuous stone chair that is carved into a wall. This is what could be described as a Middle Ages taxi service where people would wait for the waterman so that they could get a ride through the city and to the other side of the river. A quirky scene, it’s a good site to visit.

We’ve toured the sewers of Paris, but didn’t realize London had an “effluential” attraction too. Just off The Strand stands the Sewer Lamp. It’s long been rumored that the lamp runs on methane produced by the guests at the Savoy Hotel next door. There were actually lamps like these in England to help remove the methane from sewers, but sadly the original lamp was destroyed in a traffic accident. While this one is a replica, it is still an interesting and little known London fact. 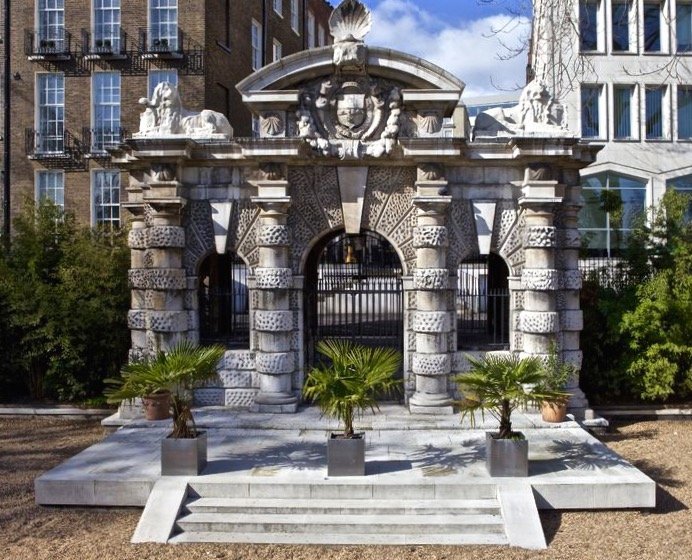 Before the Victorian Embankment in the 1800s, the houses on the Strand had pride of place with beautiful gardens that fronted the Thames. The home of the first Duke of Buckingham, York House, was one of these and was built in 1237. The gate is all that remains after the house was razed during the 1600s. Here’s more about the tangled history of York Watergate.

The roof garden sits atop the former Derry & Toms department store above busy Kensington high street and consists of 1.5 acres of absolute beauty. With rose bushes and fruit trees sprawling across the grounds, it is also home to wandering flamingos and a stream filled with dazzling fish. It truly is like stepping through a portal to a completely different world.

In the south cloister of University College London, you can see the remains of the renowned philosopher and reformer Jeremy Bentham. A respected man, he requested that his body be mummified and displayed after his death, which it was. Unfortunately, it’s decayed so only his bones remain. The head is made from wax but actually contains his skull. If you’re into that sort of thing.

Hopefully you will pay these hidden sights in London a visit. With so many attractions hidden from the public eye and missed out in guidebooks, London offers much for the curious visitor to explore.

Interested in exploring some of these and other unique sights in more detail? Check out this great list of London Walking Tours from Viator! 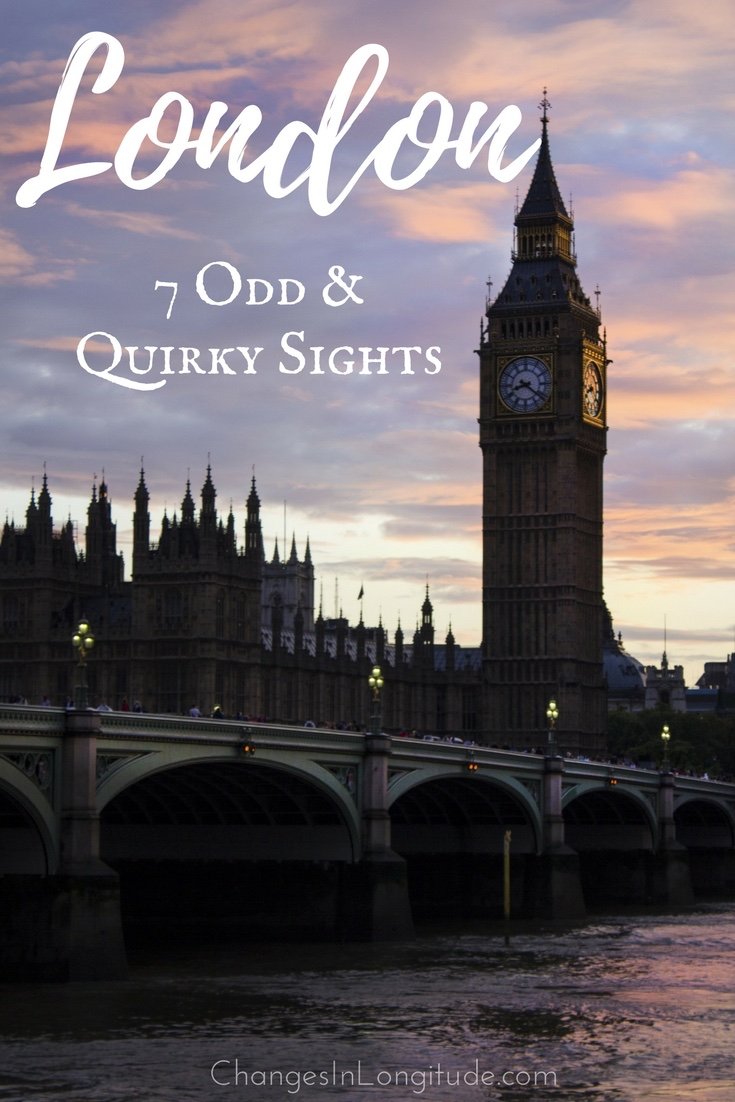 Review of Old Forge pizza: Is it the pizza capital of the world? 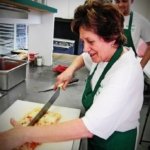 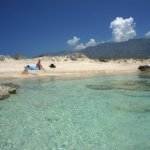 Six wonderful things to do in Crete
Scroll to top