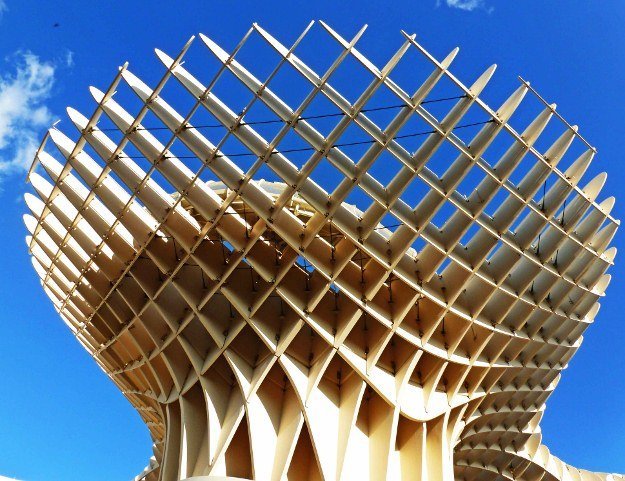 Not only is it Spain’s most romantic city, there  are many free things to do in Seville; a metropolis where flamenco echoes through nighttime streets and bullfighters are carried out of the ring on the broad shoulders of their fans. Just taking in the city’s clash of Moorish, Jewish and Gothic art and architecture is enough to make the trip worthwhile.

Get lost in Seville’s old quarter 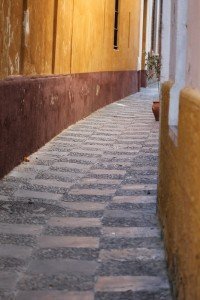 Seville has the largest old quarter in Europe. Its Moorish roots guarantee that it’s chaotic and easy to get disoriented, but that’s all part of the fun. Put away your map and explore the ancient architectural details and colorful bars while witnessing daily life in the center of town. Don’t worry – you won’t end up anywhere dangerous or sketchy!

Soak up the soul of Andalucía with a free flamenco show 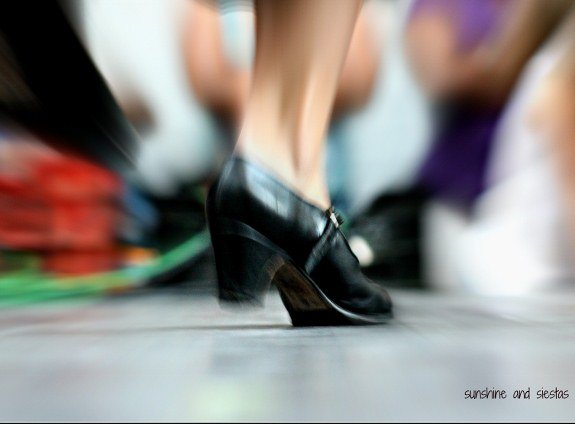 Flamenco is a gypsy art that developed its modern form in Seville. Ever since UNESCO declared flamenco an Intangible Cultural Heritage of Humanity, it has become the lifeblood of both Sevillanos and visitors. Peñas flamencas, small bars dedicated to legendary artists, often put on free or discounted shows in small, dark locales, the guitar wailing as a raven-haired Sevillana taps and claps her way across the stage.

La Carbonería – Seville’s landmark flamenco joint is in every guidebook because the nightly shows are free. Still, the popularity of La Carbonería and its location in the heart of downtown means that the drinks are expensive and the dancers just sub-par.

Peña Hípica El Búcaro – Tucked in the back of this unassuming bar is a dim candle-lit cavern of flamenco. Lesser-known artists dance, sing and play guitar here, but the juerga continues long after the show is finished; you may be invited to join in. Shows are Fridays and Saturdays from 10:00 p.m.

Anselma – The eponymous robust owner of Anselma puts on free flamenco every night of the week except Mondays. Just be aware she’ll always make sure you’ve got a drink in your hand! (Calle Pagés del Coro, 49)

Brush up on Seville’s eccentric history on free museum day 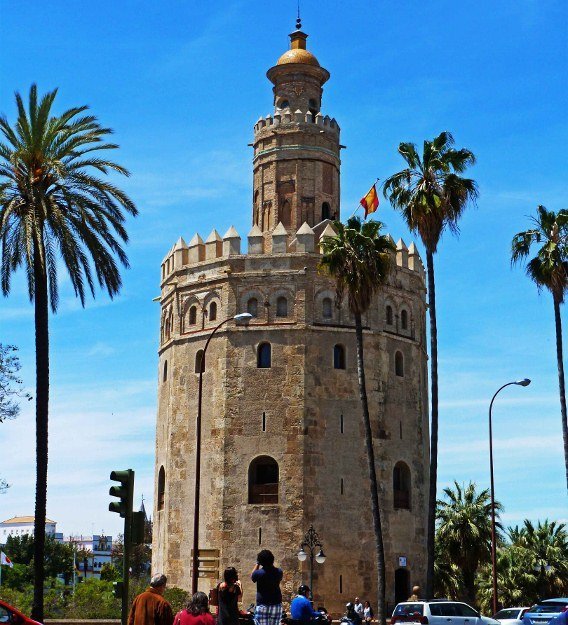 The Torre del Oro is the home of the Maritime Museum

Most museums and monuments set a day aside for free entry.

For EU citizens, entry to the museums at La Encarnación is always free, as is admission to Itálica, a Roman settlement outside the city.

The best way to observe how Sevillanos live is at the city markets. Old ladies clear space with jabbing elbows as they make their way to the food stands, while their husbands enjoy a morning anise in the bar. You’ll be shocked by the cuts of animals, the array of fish and the mounds of spices sold at each neighborhood’s market. A gourmet edition is set to open early in 2013 at the end of the Triana bridge. Most markets are open Monday – Saturday from 8 a.m. until 2 p.m. Triana, La Encarnación and Feria are the most lively. 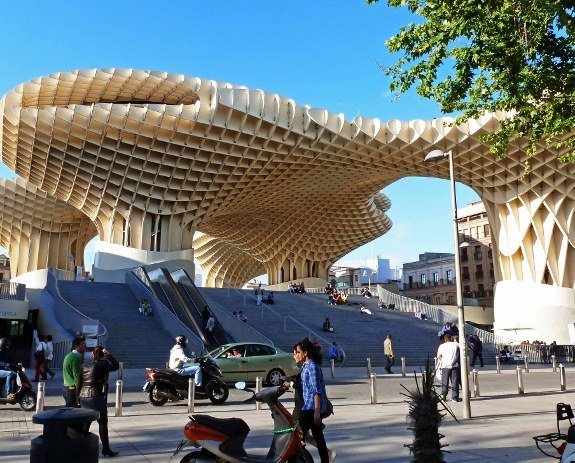 The Metropol Parasol is the largest wooden structure in the world

Seville is a city that straddles both old and new. With the addition of the Metropol Parasol, the city’s skyline, once pierced by only a few church spires, now has a gigantic mushroom-like structure rising above the squat buildings. With the inception of the “Setas,” as they’re known to locals, has come a surge in boutiques, gastrobars and even wi-fi hotspots.

The system allows free access for 30 minutes. Sites include the light rail tram that snakes through the city center, Plaza Nueva, Plaza del Pan, Plaza de la Pescadería, Plaza Salvador, Plaza de la Encarnación, along with all McDonalds, Starbucks and many other restaurants. Just look for the wi-fi sticker in the window because, let’s face it, you’d rather spend your money on something else!

For two brief periods in its long history Seville was the focus of the world’s attention when it hosted the Iberoamerican Festival in 1929 and again in 1992. Large portions of the city were dedicated to these projects, adding architectural gems to a city whose beauty was already apparent. Walking around the fairgrounds is enriching, yet both are surprisingly different as they reflect the times when the events were held.

In 1929, Seville hosted the Iberoamerican Fair, an event that brought together Latin and South American countries, most of which were former Spanish colonies, to strengthen their ties. Located on the southern end of the historic quarter in María Luisa Park, the building style reflects a golden age in Spanish architecture and art, with each country designing its own pabellón, or exhibition hall. What remains today are the building exteriors, mainly occupied by government and university offices, and the crowning gem, the Plaza de España.

On the opposite side of the city, in the Isla de la Cartuja, Spain again hosted an exposition, this time to welcome the 21st century. Over 100 countries attended. Preparations included building several new bridges that spanned the Guadalquivir River and a monorail; the area is reputedly the launching point for Columbus’ first journey to America.

Seville’s main cemetery provides a peaceful respite from the bustling city. Opened in 1852, the city’s most illustrious names have been laid to rest here, including bullfighters, flamenco singers, war heroes and criminals. The still-active cemetery is open during daylight hours. Take bus 10 from Ponce de León until you see the cemetery (1,40€ one-way)

Seville has been conquered, reconquered and conquered again, creating a mix of architectural and artistic legacies. The Roman roots of the city are best preserved since city decrees outlaw the destruction of ruins or artifacts. Such objects can be seen in the archeological museum of María Luisa Park, but tourists can discover many of its ruins for free.

Starting at the corner of Calle Mármoles and Calle Abades, where the columns of a Roman temple once stood, make your way to Plaza de la Pescadería, where giant marble blocks preserve the ruins of a fish monger. Walk through the Alfalfa neighborhood to Plaza de la Encarnación for the gorgeous mosaics and old city walls that lie underneath the square (1,50€ for non-EU citizens). There are also ruins of a Roman aqueduct just outside the city center on Luis Montoto, beautifully preserved and illuminated at night as cars zip by in a city anchored in its past, but trying to break into the future. 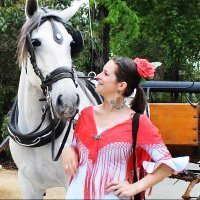 Upon receiving an offer to work at a radio broadcast center in Chicago, writer Cat Gaa turned it down and instead showed up at the Consulate of Spain. Five years and a daily craving for Cruzcampo later, she writes at Sunshine and Siestas about life and culture in Seville. Follow her on twitter and instagram at @sunshinesiestas.

Free things to do in Medellin 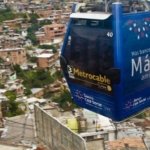 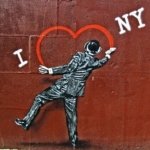