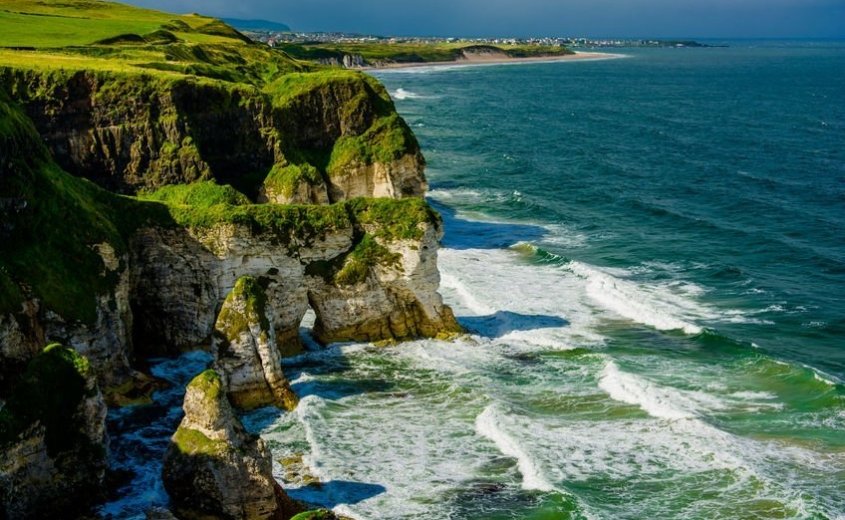 Driving on a fog-moistened slippery dirt road, perched precariously on the side of a mountain, is not everyone’s notion of the ideal vacation. Nor is it ours either. Yet for some reason here we were doing just that, while driving the Ring of Valentia on the far west coast of Ireland.

A wizened old billy-goat with a long gray beard, who had obviously seen it all before, watched us with a sense of amusement as we tried to keep our tires on the treacherous path. What we would have given at that moment to have that goat’s sense of sure footedness.

Lord of the Rings 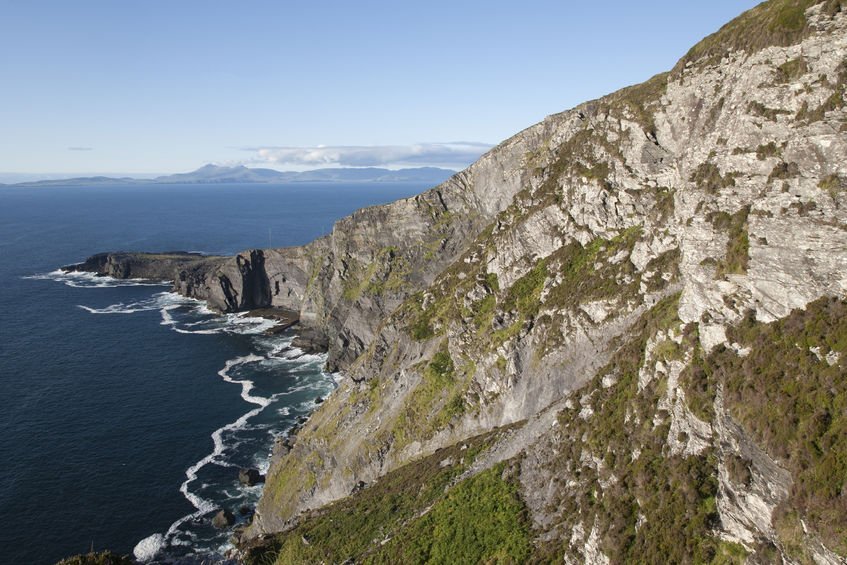 So off to the Ring of Valentia we went, which is how we ended up in our present predicament, perched on a narrow path on the side of a cliff. The last signpost had stated “Slate Quarry 1 km.” On reflection I wasn’t sure why we were bothering to risk our lives to see a slate quarry in the first place. Then I remembered . . .

We had been to a Vodafone store earlier in the week to pick up a SIM card for our phone. Upon learning we were heading west, the young salesman proudly piped up with “I’m a Kerryman myself” and recommended some of the less touristy sights. “You should definitely go see the slate quarry,” he said. Apparently it provided the slate for the Paris Opera House and the Houses of Parliament in London. It was hard to see what all the fuss was about, we had lived near one years ago in the Philly suburbs. We used to pass it on the way to the mall, and that quarry had seemed pretty unremarkable. But this was a recommendation from a Kerryman after all, so who were we to argue?

As the car wheels slithered along and kicked some gravel down the mountainside I thought to myself, “this is less touristy all right.” Probably because mounting deaths of visitors would be bad for tourism. Rarely have I felt in such imminent danger of dying on vacation. As my life passed slowly before my eyes, I realized Larissa was as terrified as I was. She didn’t have to tell me, her silence was enough. Rarely is my extremely chatty wife this quiet. 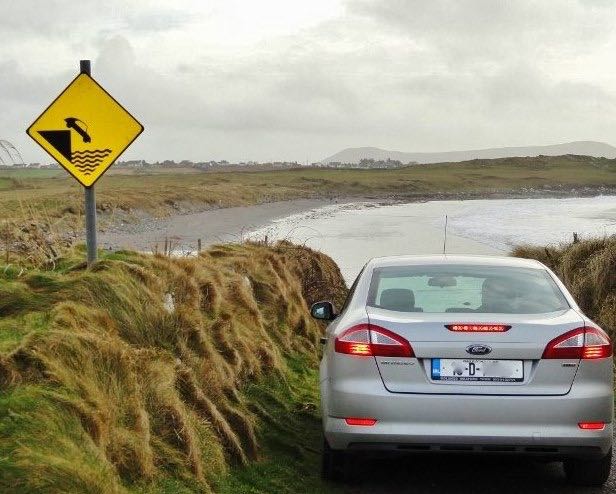 Note: This road in Ireland is not the road by the quarry. But I liked the sign.

To bolster my confidence I recalled prior challenging drives outside our comfort zone: like the time we drove on Route 1 overlooking the California coast; the road for which guardrails are shunned. At the time I kept reminding myself, “I never drive off the roads at home and there’s no reason having a massive drop next to the road should make me do it here.” But I hadn’t taken into account the logging trucks and RVs whizzing around every curve that had no regard for staying on their side of the centerline. Yet we somehow managed just fine. Or anytime driving in France, which I am told has the highest highway fatality rate in Europe. (Surprisingly it’s not Italy, the land of my ancestors.) Or even Boston, where rotaries (most people know them as traffic circles) are an invitation to anarchy . . . Which brings me back to our precarious situation clinging to a cliffside path in Ireland.

Here the danger wasn’t another car, but whether our own vehicle would continue to grip the slippery road or go sliding over one of the famous windswept cliffs of Ireland. Way down below us we could see the waves creating five-story high flumes as they crashed against the rocks of a lone lighthouse guarding the treacherous coast. As I navigated the next precarious turn, not far from my thoughts was the hope that I wouldn’t soon be seeing those waves up close.

It was essentially a one-lane road that carried trucks in both directions. The fact that at any moment a heavy rig laden with several tons of slate could come careening around at us only added to the drama. I couldn’t, and wouldn’t, back up. It was a curvy road and (did I mention this part yet?) I was sitting on the opposite side of the car to what I am used to. I didn’t like my odds of backing up safely.

Your place or mine?

We finally made it to the end of the road and almost drove into the aforementioned slate mine. We were still under the illusion that the road connected to something, that by staying on it we could continue winding our way around the island. We didn’t realize it was a dead end. (A term we hoped would just be used metaphorically.) As the road got smaller and narrower and tighter we gradually realized it wasn’t a road anymore. The guys walking around wearing miner’s hats with lights attached to them should have been a giveaway at that point. Their faces strapped underneath the lights wore the same amused expression as the billy-goat a mile back. Eyes that had seen it all before.

At that point we realized that there was no other way out and we would have to turn around and traverse the treacherous way we had just barely made it in on. I thought of calling Hertz and telling them the car had broken down, but it was hard to picture a tow truck pulling the car to safety. So back we went. On our return journey it was worse for Larissa, as she was now sitting on the outside staring into the void, and crashing waves, below. Come to think of it, it’s probably always worse for Larissa. I think next time we might want to consider bicycle touring europe–a bicycle gives you a LOT more room to navigate!

Driving the Ring of Valentia 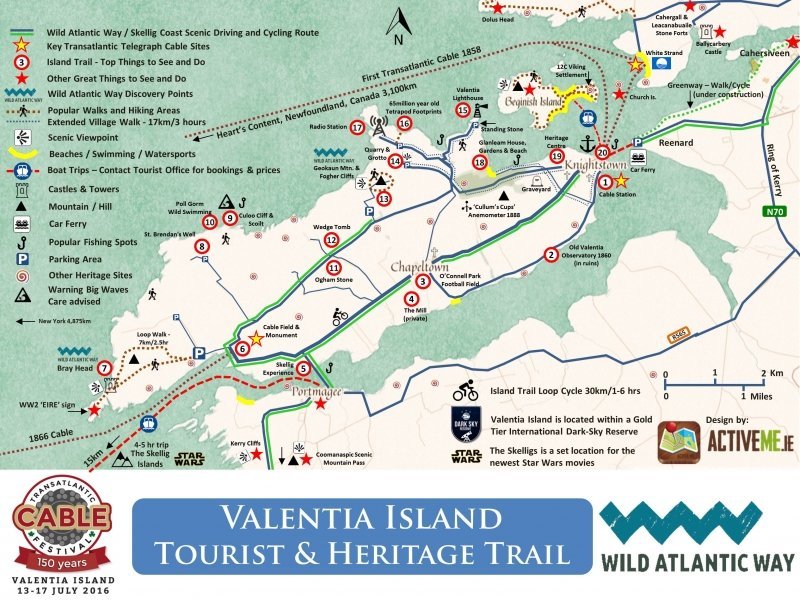 Despite our heart pounding experience we highly recommend driving the Ring of Valentia on Valentia Island, as long as you stick to real roads. From the west end of the island, off in the distance the craggy peaks of Skellig Michael loom over the Atlantic Ocean. This vista is familiar to anyone who saw the closing scene of Star Wars Episode VII: The Force Awakens when (spoiler alert) a grizzled Luke Skywalker finally makes his appearance. (Note the helpful Star Wars logo on the tourist map above.)

Check out some terrific places to stay in this All about Glamping Ireland ultimate guide.

Nearby there’s also an interesting display that commemorates the first trans-Atlantic telegraph cable. It started out from this spot in 1866. Back in the day, this event was as significant as the modern-day birth of the internet.

Note: We are a participant in the Amazon Services LLC Associates Program, an affiliate advertising program designed to provide a means for us to earn fees by linking to Amazon.com and affiliated sites. There are also links to other companies on this blog to purchase items. We earn a very small commission on these sales and it does not affect your price for the item. These small commissions are one way we can continue this blog and provide readers with valuable travel advice for free. 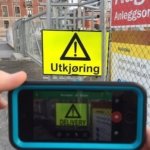 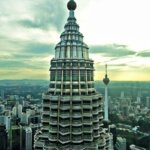 The Secret to Visiting the Petronas Towers: best way to get tickets
Scroll to top