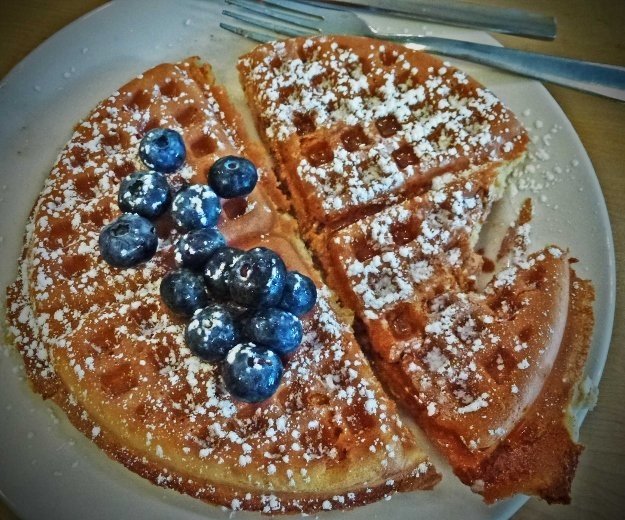 Biscuits, barbecue, burgers and more, the central part of North Carolina including Chapel Hill, Durham and Raleigh is a foodie’s paradise. Although it goes by the more prosaic label Research Triangle, it is really a great place to get your fill of another geometric shape, the Southern food pyramid. 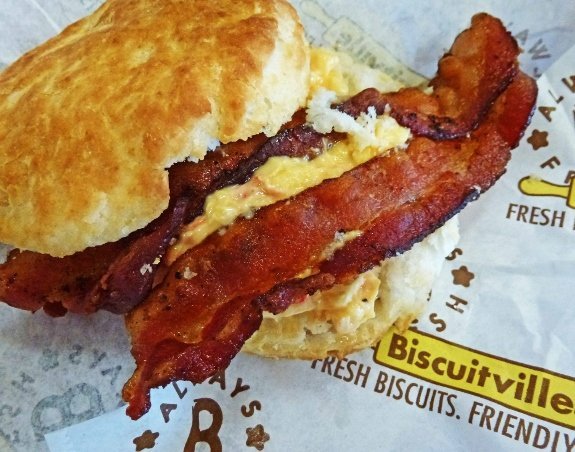 We stayed in Chapel Hill for the summer in a house that was within walking distance of the Sunrise Biscuit Kitchen. Fortunately the walk back was all uphill to work off some of those fluffy carbs. Their main competition arose from Rise in Durham, whose strip mall location belies its down-home food and recipes. Between the two Rise would get our vote for top biscuit. Rise gets credit for also specializing in donuts, the chocolate pudding donut with a toffee topping was a favorite for Larissa but mine was the cronie, basically a round croissant that is fried; really the best of both worlds. 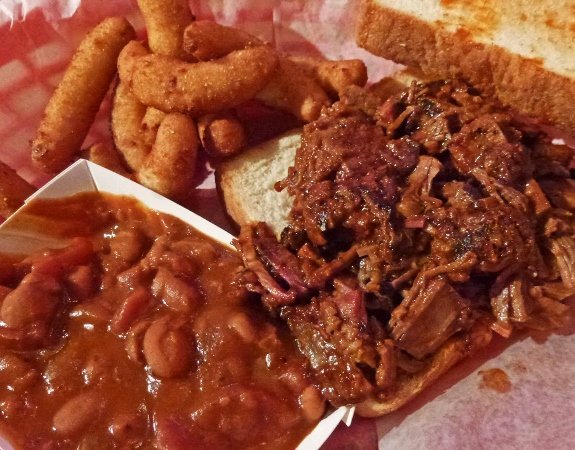 The South is barbecue heaven and central North Carolina is blessed with too many to choose from. The regional specialty is slow-smoked pork butt or shoulder, served with a vinegary sauce. I’m not a huge pulled pork fan because in the wrong hands it can be a mushy mess that is more reminiscent of canned tuna fish. The Hillsborough BBQ Company strays from the pig-centric menu of most North Carolina barbecue joints and also offers my favorite, brisket. It manages to do both well.

Over in Durham The Original Q Shack feels like a Texas roadhouse plopped down from on high. Which makes sense since the owner hails from the Lone Star State. All the meats are hickory and mesquite smoked but the brisket is the star of the show along with barbecued baked beans. Back in Chapel Hill The Pig is run by Sam Suchoff, a former vegan from California. Aside from the usual assortment of NC ‘cue, Suchoff makes his own hot dogs, bologna and pastrami. A slab of the delicious house-made coconut cake, with toasted coconut on top, is big enough to serve as a wheel chock for a 747.

Locavores have many markets to choose from. Our favorite was the Carrboro Farmers’ Market which was open on Wednesdays and Saturdays. The produce, and vendors, still retain the hard-earned grit from the fields. This is the place to get heirloom varieties of tomatoes, eggplants and more that you’ve never heard of. A few blocks away is the original branch of the Weaver Street Market. It buys as much as it can from local producers and is one the most happening places in town. Despite all the healthy food, it makes the best baked goods in Chapel Hill. Other branches are in Hillsborough and Chapel Hill. 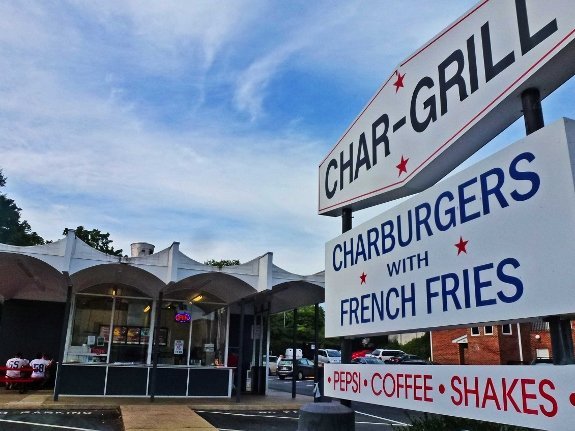 Burgers have jumped over from fast food staple to trendy hipster snack and we’re still trying to figure out if that’s a good thing. But we know we loved the burgers at Buns in downtown Chapel Hill where you choose from a wide range of free toppings. Just down the street, On the Top is the new kid on the burger block. Their grilling device looks like a leftover from the Space Shuttle program. The gleaming block of silver metal presses down on the burger to sear the outside while retaining the tasty juices. Elevation Burger is making inroads into the local burger scene with their first outpost in Raleigh. The Virginia-based chain touts beef that is organic, free-range and grass-fed.

If you want to go old-school, regional chain Cook Out produces a burger that tastes like what a good fast-food burger used to taste like. Their fresh milkshakes were recently written up as a Top Ten shake in the country. The smoky aromas of Char-Grill in Raleigh waft over several blocks. Just like their name implies, they flame-cook their burgers the old-fashioned way to get that char-grilled flavor. 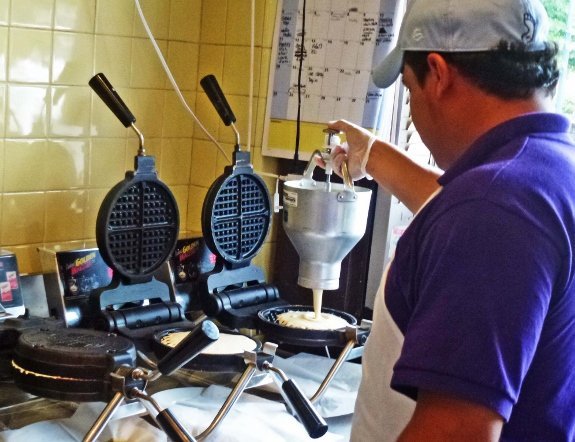 My favorite meal out is breakfast and nothing could be finer than Ye Olde Waffle Shoppe (they seem to have a thing for ending words in “e”) on Franklin Street in the heart of Chapel Hill. It’s been serving waffles since 1972 and you can even order them cooked how you like them, which for me was extra crispy. If you’re into flaky danishes and buttery croissants, Guglhupf on Durham-Chapel Hill Boulevard, is the best choice for a full bakery in the area. 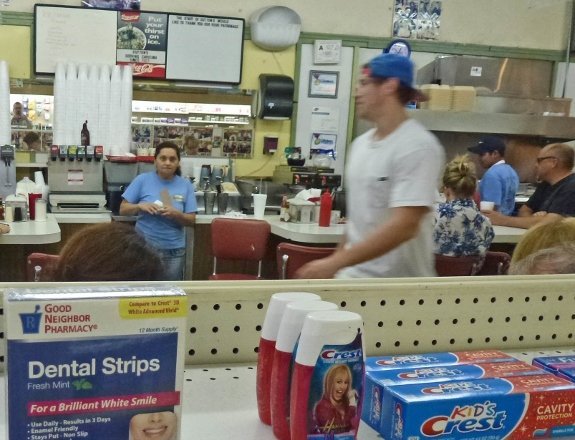 Perhaps our favorite spot in the area was Sutton’s, a pharmacy that’s been open since 1923. Tucked next to the metal shelves stocked with back-to-school supplies and cold remedies, is an old-fashioned soda shop.

We sat at the counter, our elbows pressed up against our fellow diners, and chatted with cabinet-maker Rob and his octogenarian father Bill who eats lunch at Sutton’s five days a week. (His favorite is peanut butter and honey on toast for those of you who keep track of such things.)

Bon Appetit magazine named Chapel Hill “America’s foodiest small town” and based on our tasting foray there, it just may live up to that billing.

What are some of your favorite food places in North Carolina?

Are RTW plane tickets right for you? 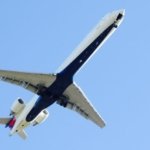 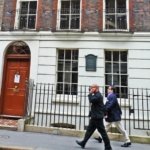 The Benjamin Franklin House in London
Scroll to top