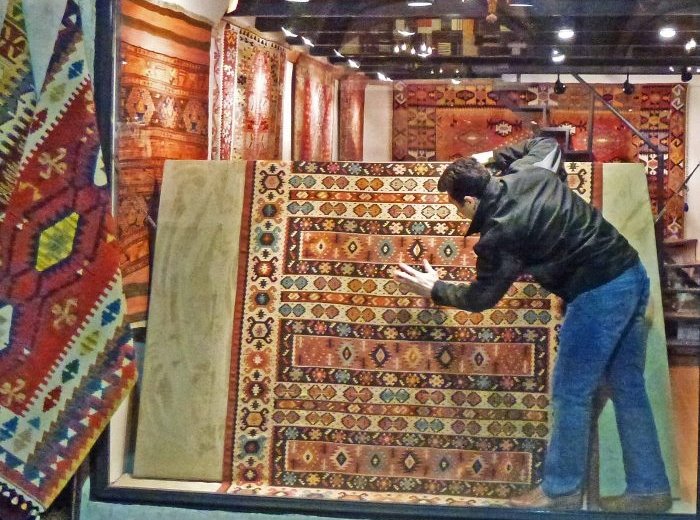 I love Oriental rugs, visions of Ali Baba and his magic flying carpet have always mesmerized me, so I was excited to visit Turkey; one of the best places in the world to buy a carpet.

But buying a rug in Turkey intimidated me.  I’d heard tales from other people visiting Turkey about negotiating the price of their purchases. A seller may start out at a thousand dollars for a product that he’ll be satisfied only getting $250 for. 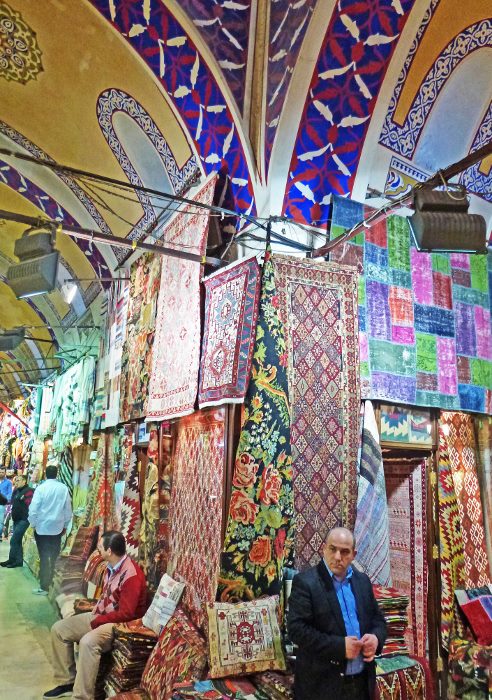 Other than cars, Americans are not used to negotiating for items. Which is one of the reason buying a new car ranks up there with going to the dentist among chores that we most dread. But now I was going to the scrum of the Grand Bazaar in Istanbul to see how I could do.

The Grand Bazaar is massive, featuring  3,000 shops and over a quarter of a million visitors daily jostling through the crowded aisles. (You may remember the Bazaar from the opening scene of the latest James Bond film Skyfall, where our intrepid hero crashes a motorcycle into one of the clerestory windows.)

Like an NFL lineman, I made my way down the aisles teeming with window shoppers, waiters dashing back-and-forth with trays of thick Turkish coffee balanced precariously on their shoulders and vendors roaming assertively from their stalls, each of whom seemed to want to be my new BFF. I felt like a bull who had accidentally strolled into an abattoir.

A tug at my elbow led to one stand selling not Turkish rugs, but glittery Mexican sombreros. An odd souvenir for Turkey that I wouldn’t even buy in Mexico. Another impressed me with his assortment of shiny silver baubles. But I was only looking for one thing: a simple Turkish rug with a geometric pattern that would fit in my suitcase.

The Bazaar started filling up with visitors from a cruise shop docked in the Bosphorus. An army of camera wielding seniors clad in identical uniforms of khaki shorts, golf shirts and New Balance sneakers (because they come in widths, they told me) patrolled the aisles; creating a feeding frenzy among the vendors seeking a sale. I realized that the Bazaar is a great place for people watching but the wrong place for me to buy a rug. 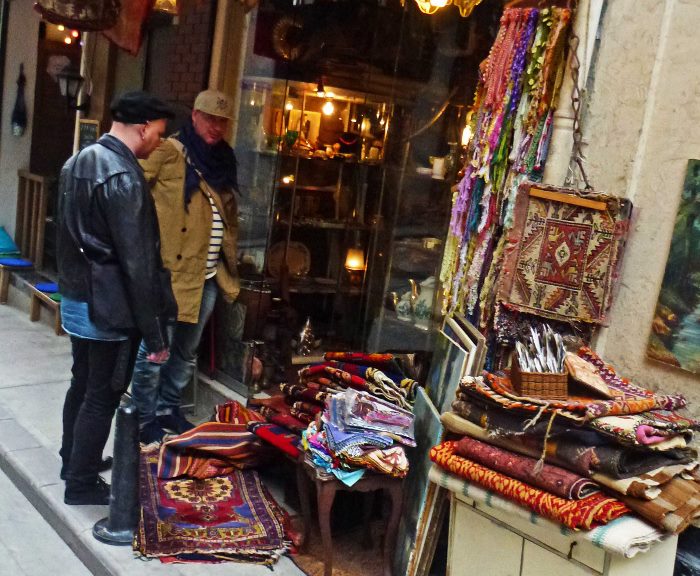 So we explored the Chihangir section of Istanbul that is well off the tourist path and found a small shop selling antiques, which in Turkey usually means a wide selection of used carpets. A pile of them were stacked up outside the entrance as an enticement to passers-by. It worked and I was drawn into the shop like a moth to wool. 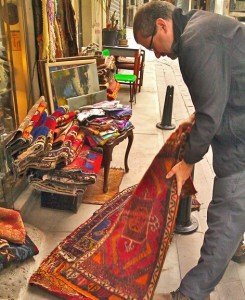 The carpets were all decades old, many showing the evidence of hard use. But I figured these were designed for camels to walk on so they can take it. I leafed through the pile as the merchant pulled out one after the other; explaining to me the various qualities of each. I finally settled on a small brightly colored carpet that would fold up easily.

The merchant said, “You should buy this rug. It will make you happy and it will make me happy. Everyone will be happy.” How could I resist such sound logic?

When I asked the price I was startled when he replied “50 lira.” That was only 25 dollars for a beautiful work of art that I would cherish forever. It seemed like a fair price to me. But he stood there expectantly waiting for me to say something. Would he be insulted if I didn’t negotiate? I countered with 40 lira.  He shook my hand and said “Now we’re both happy.” 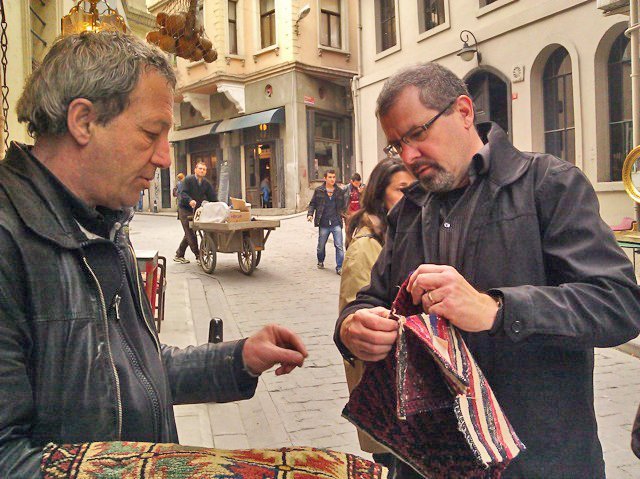 I had learned a good lesson. Usually it’s better to stray off the well-trod tourist path and explore where the locals live. They wouldn’t overpay for something and the experience is much more enjoyable.

Afterwards I rewarded myself with a kokorec sandwich, which we later declared to be the best sandwich in the world. We were in Istanbul for less than a week but it’s high on our list of places we’ll return. 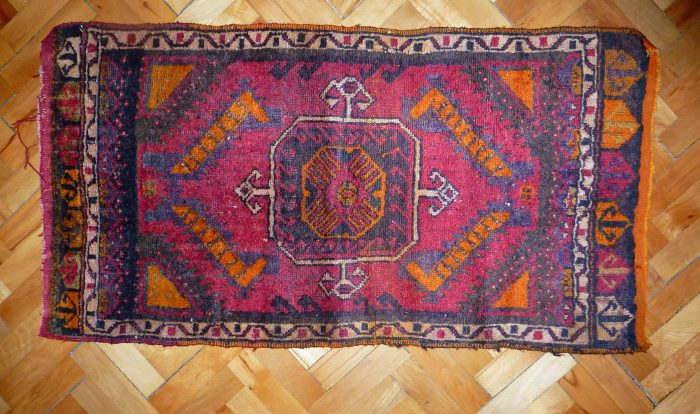 Free things to do in Venice, and a few cheap ones 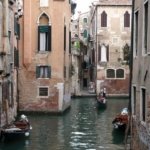 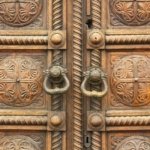