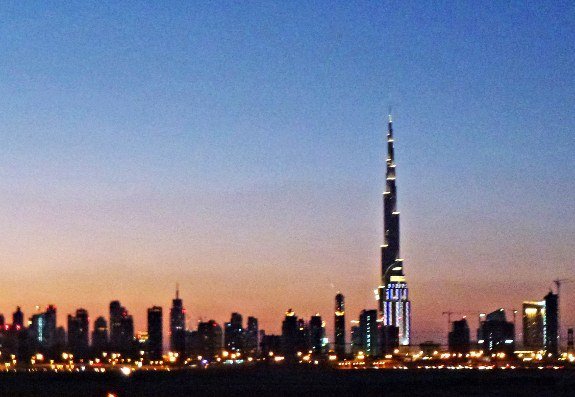 As a building geek I had to stop in Dubai to see the Burj Khalifa, at 163 floors it is by far the tallest building in the world; about 1 1/2 times as tall as the Empire State Building in New York. It boasts many superlatives, including the world’s highest observation deck on the 125th floor. It is not cheap to take a ride to the top.

Tickets are around $35 USD for a dated and timed ticket, which are booked at least a week in advance, or $81 USD if you just show up and want to go right away. I went with the timed ticket but as we’ll see, there are disadvantages to that strategy. (If you wish to go even higher to level 148 the prices go up to $136, which even I could figure out was almost $1 per floor.)

When the desert sun of Dubai hits the shiny surface of the Burj Khalifa it can be blinding.

The building is up but development never stops in Dubai. The area around the base is still an active construction site.

The Burj Khalifa is also the tallest structure in the world, breaking the record of the KVLY-TV mast in North Dakota, which I once drove 5 hours out of my way to see and snap the photo above. Note to self: There may be a reason Larissa encourages me to go solo on my road trips.

Of course there’s a man-made lake in the middle of a desert (but there are some pretty cool fountains!)

Be sure to look plan for the Burj Khalifa Light Show & Dubai Fountain timings to maximize your visit!

Dubai boasts an extensive road network. Unfortunately it’s being built so quickly the signmakers can’t keep up and navigation can be a challenge. The normally unflappable Larissa dropped more f-bombs in 10 minutes than in her entire life as she tried to get us out of one particularly intricate clover leaf.

Naturally Little Rocky wanted to run up the stairs, but I insisted we take the elevator.

It’s good to be king, or in this case emir.

A devotee makes sure she doesn’t miss the call to prayer.

Remember to pick up a souvenir building in the gift shop . . .

. . . or a gold bar from the vending machine in the lobby; only in Dubai.

The downside of a timed ticket was that I had to select when I would go a week in advance. About 15 minutes after I got to the top a sandstorm blew in, pretty much obscuring my $34 view.

Back on the ground the view was pretty cool at night. The nightly water show is just visible at the base.

Visiting the Burj Khalifa the tallest building in the world

Time to allow: Since tickets are timed you don’t have to get there early but allow at least an hour. The downside of a timed ticket is that the weather may not be cooperating when you go, as I found out when a sandstorm kicked up during my visit.

Who should go? Fans of tall buildings.

Is it worth it? Due to the high price of the ticket we debated this one and decided only one of us would go. The decision was made easier when only one ticket was available. It’s not fair that after buying a ticket if you want to use the built-in binocular viewing stands it costs an extra $3 USD for only 2 1/2 minutes of use.

Free things to do in Florence 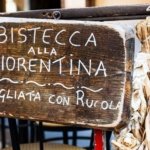 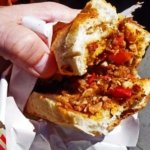 The 11 best sandwiches in the world, which one costs only 35 cents?
Scroll to top