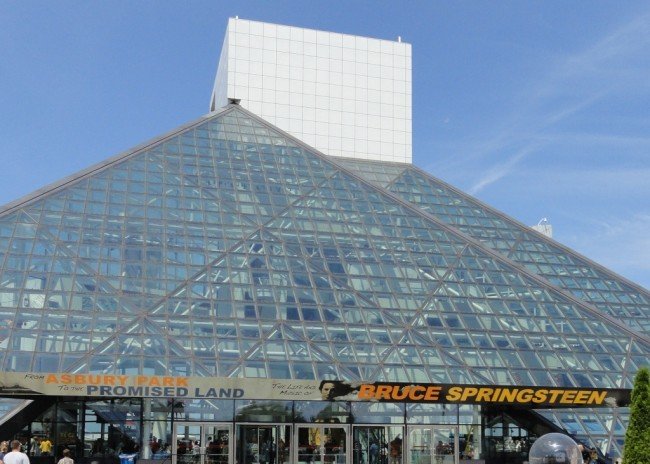 Recently I visited the Rock and Roll Hall of Fame in Cleveland, Ohio. For some reason I hadn’t expected much but it far surpassed my expectations. What I had not predicted was how it would be such a religious experience. There is a special exhibit featuring the music of Bruce Springsteen. The title of the show is “From Asbury Park to the Promised Land.” That should have been my first clue.

Among the most devoted fans in all of music are those who worship at the altar of the Boss. I’ve seen him perform live three times so I count myself among them. The exhibit sprawls over two floors. At one point visitors climb a circular staircase to visit a room at the top.

Just like at the Lhasa Monastery in Tibet, the holy Buddhist site, visitors climb in a clockwise direction as they rise closer to heaven. The walls of the stairwell are inscribed with lyrics from Springsteen songs, much as Bible quotes are imbedded in the stained glass windows of medieval cathedrals.

Once I arrived in the top room I saw a crowd standing before a framed object on the wall. It struck me that I had witnessed a gathering similar to this once before. It was at Chartres Cathedral in France, where they have displayed in a glass box a cloak supposedly worn by the Virgin Mary. There the faithful genuflect before the garment and express their adoration.

So it was in Cleveland. Bruce worshippers stood mesmerized before the framed shadow box that held the torn jeans worn by him on the cover of his Born in the USA album. Since the album photo was taken from behind so to speak the throngs were staring at the business end of a pair of old jeans with a torn and tattered pocket.

I wonder if centuries into the future this holy relic of the rock-and-roll age will be as similarly worshipped as that ancient blue cloak in Chartres.

What are some of your Springsteen memories? 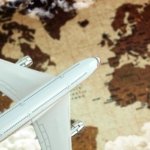 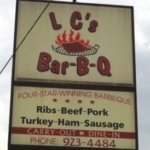 The best BBQ dish in America
Scroll to top