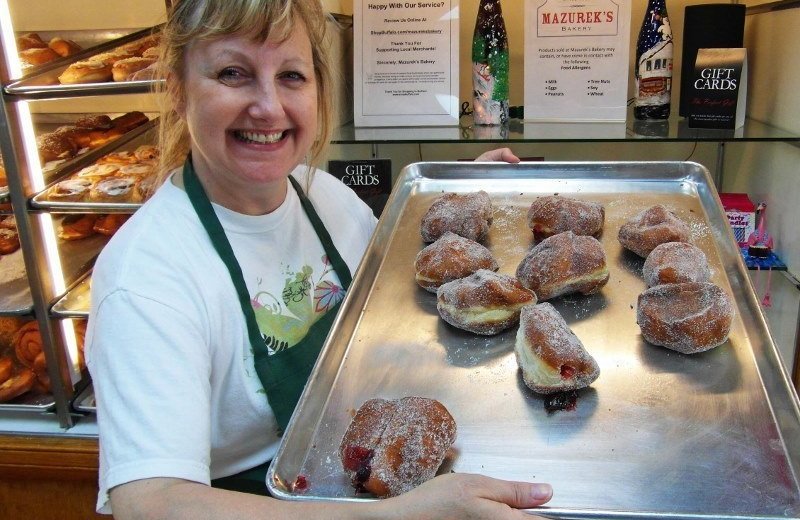 Michael has been a huge donut fan ever since he was a child. We mean that literally. He was a chubby kid whose first happy travel memory is of scarfing down Navajo fry bread at a rodeo in Arizona when he was in 4th grade. Fortunately over the years the pounds have been shed but his search for the best donuts lives on. His niece Gabby even refers to him as “Mr. Donut Man.” 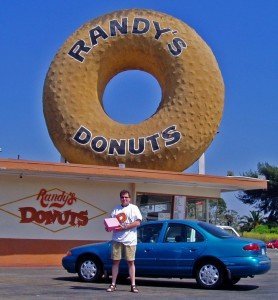 Pilgrimage ten years, and thirty pounds, ago to Randys Donuts in LA, fortunately the weight loss since then has kept pace with the hair loss. The skin remains just as pale.

Some of the best donuts are from our home town of Philadelphia, the aptly named Frangelli’s Donuts. The first time I went into their shop I was disappointed. All the donuts were plain, I didn’t think they looked that special. I asked the lady behind the counter if they were out of jelly donuts. She replied, “Oh we fill them to order.” My eyes practically bugged out of my head. “Really?” “Sure hon,” she said in the best South Philly style, “we do custard or jelly.”

That’s when I noticed the bowl full of custard on the counter behind her. It was attached to a contraption with a nozzle at the end. She stuck the empty donut shell onto the nozzle and with a few pumps squirted a healthy dose of custard into the donut. She repeated the procedure with another nozzle that was attached to a bowlful of jelly. I was in donut heaven. 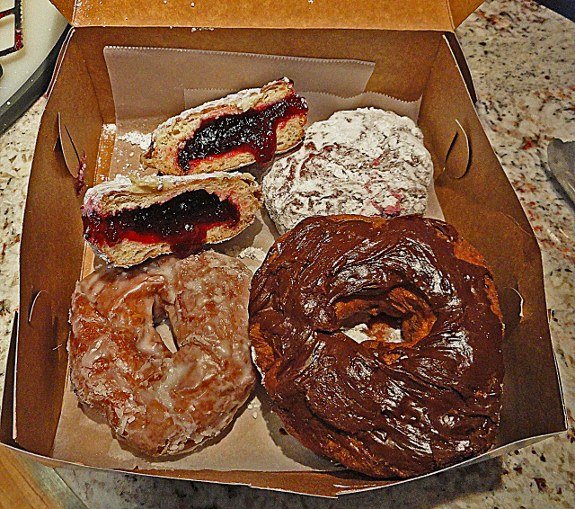 You can have it all at Frangellis Bakery in Philadelphia.

I asked if it was possible to have a donut that was jelly AND custard. This started a lengthy discussion between the counter ladies if that was even possible. Then another lady emerged from the rear of the bakery and said, “Sure hon, we can do that.” She then shoved the custard nozzle in one end and the jelly nozzle in the other and pumped away. Afterwards she asked if I wanted powdered or granulated sugar, they also sugar the donuts to order.

I’ll miss Frangelli’s while we’re on the road but my goal is to find donuts in other places and other cultures along the way. When we return though my very first stop is likely to be for a custard-and-jelly donut at a humble little corner bakery located in South Philly. 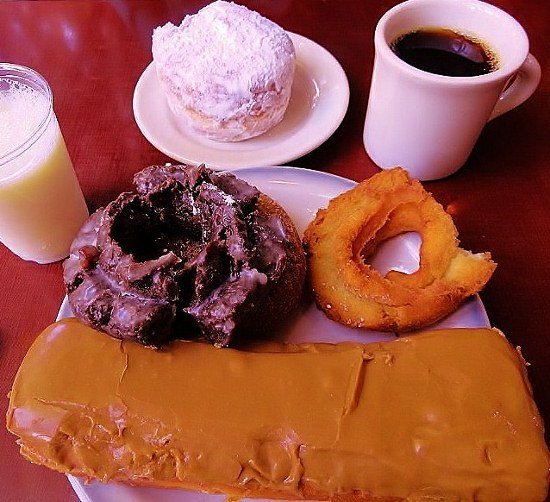 In Seattle we found a place called Top Pot Hand Forged Donuts with an anvil in the logo. I was intrigued by both the name and the concept of hand forging donuts. The name comes from a neon sign they found from an old Chinese restaurant called “Top Spot” but the “S” was broken. The day before we left for China we stopped at the downtown Seattle location. The honking big piece of dough at the bottom of the picture that is the size of a clown shoe is the Maple Bar, one of their specialties. 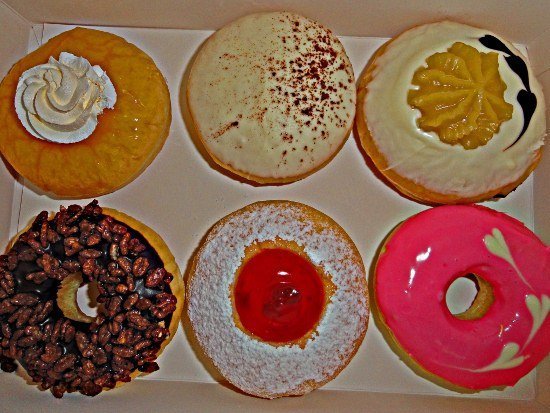 Who knew they had donuts in Asia but we are now true believers. We couldn’t pass the artfully decorated donuts at Hi-Donut in a Shanghai food court without stopping to try a few. They were among the lightest, most delicate donuts we’ve ever eaten but were packed with flavor from a choice of fillings that included chestnut, mango and tiramisu. I have to admit though that we did pass on the pork floss and germ donuts. 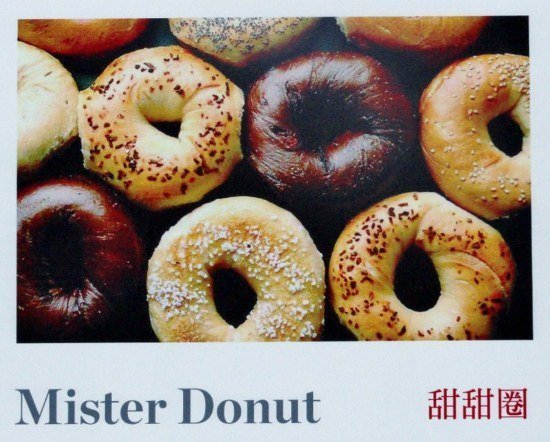 Mister Donut in Shanghai is a bit confused. I grew up in New York, I know a bagel when I see one. 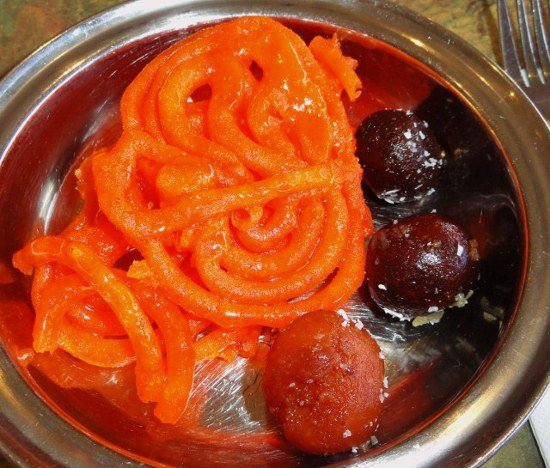 Above: The three that look like Dunkin’ Munchkins are mini-gulab jaman: deep-fried paneer dough soaked in syrup. The bright orange squiggly glowing thing is a jalebi: deep-fried doughnut batter soaked in syrup. These may have been the sweetest things I have eaten in my entire life. I practically had a sugar-induced coma that afternoon. 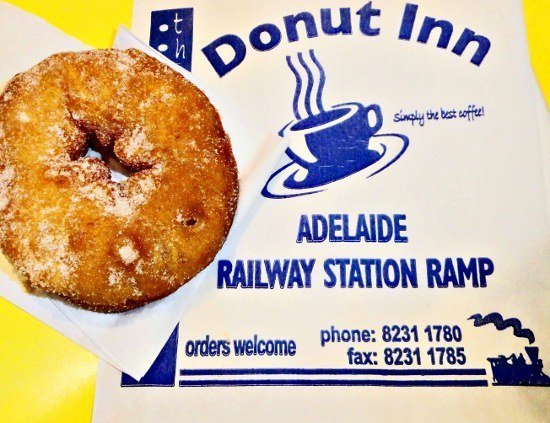 At the Donut Inn at the Adelaide train station, if you order three or more donuts they fry them fresh to order. Now that’s living. 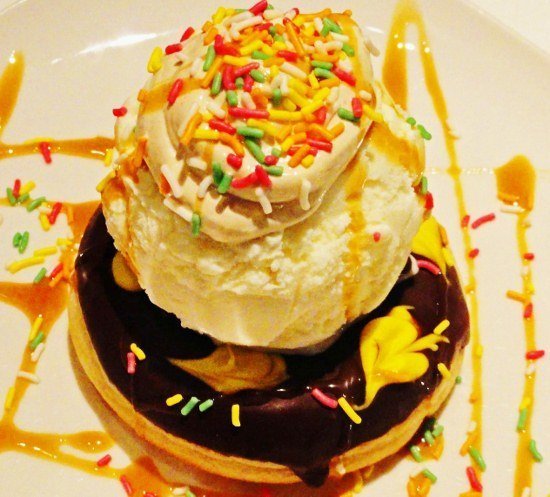 A brilliant idea at the Donut Factory in Singapore. Our first ever donut ice cream sundae. 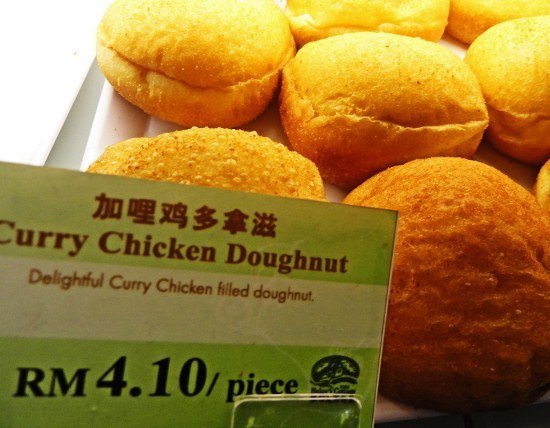 I guess a donut doesn’t have to be sweet, as these curry chicken donuts in Malaysia prove, but still. 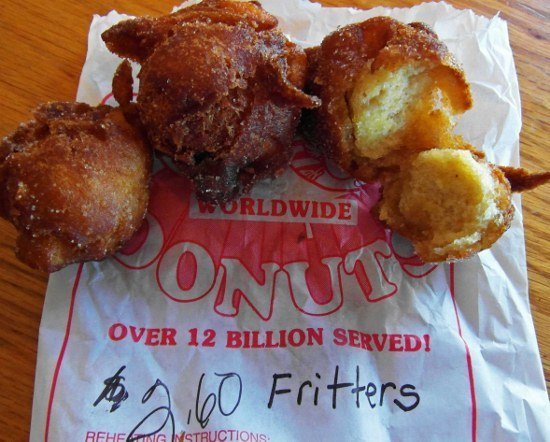 We returned to the US just in time to enjoy fresh apple cider fritters at Roberts Orchards in Bristol, CT.

Can a donut be bad? 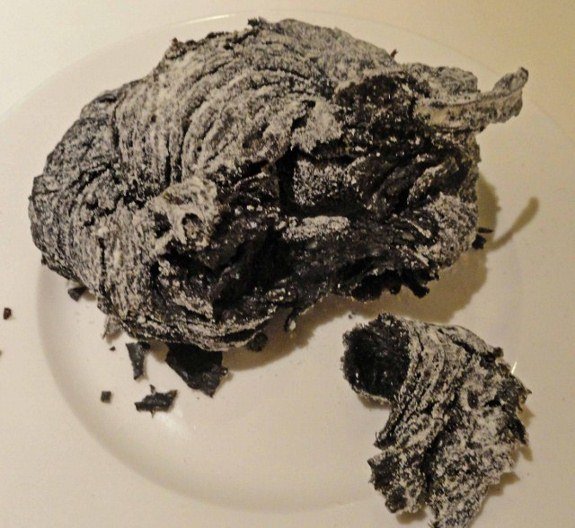 When we saw the charcoal donut at the Lavender Bakery in Kuala Lumpur, we assumed it was just a cute way to say chocolate. We were wrong. It really is made out of charcoal. Imagine munching on a charcoal briquette. It was quite possibly the worst thing we ate on this entire trip.

And here’s our story about the world’s stinkiest donut. It’s made from durian, the notorious “stinky fruit.”

Still hungry? Check out our Flickr page for more pictures of donuts around the world.

What are some of your favorite donuts? Cake or yeast? Glazed or unglazed? Round or stick? Chocolate or not?

Free things to do in Bangkok 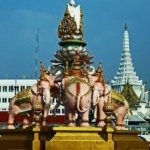 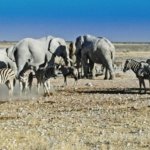 How to travel for a year: Picking destinations
Scroll to top