There is no better classic American road trip than a drive on Route 66 from Chicago to Santa Monica, California. Although much of the road has been replaced by interstates, there are still plenty of spots to drive on the old rutted concrete surface and seek out the tasty and the offbeat.

One of my favorites is a run-down section in northeast Oklahoma where Route 66 is a one lane highway. Now that’s not a single lane in each direction but a single lane in total. When cars arrive from opposite directions they have to pull over onto the shoulder to let the other one pass by.

When I first heard about this quirk I though it was some type of urban, or in this case rural, legend. How could the famous “Mother Road” in which so many Okies fled Dust Bowl-era Oklahoma for California have been only a solitary lane? Surely by now that situation had been fixed, right? Well, as it turns out, wrong. 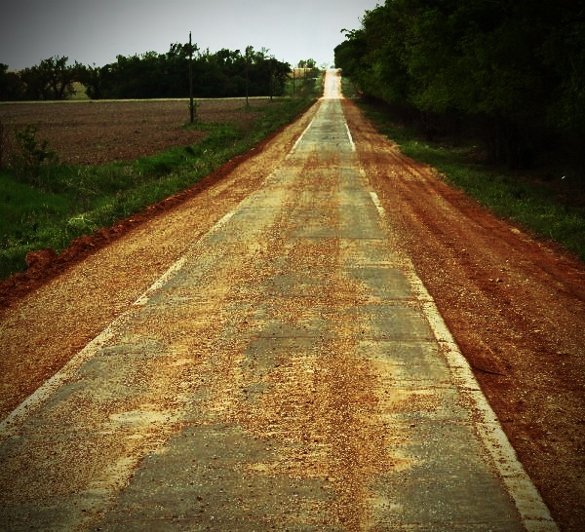 In an area just south of Miami, Oklahoma Route 66 turns into a “ribbon road,” at 9 feet wide it’s more like a large sidewalk. Back in the 1920s the state of Oklahoma was trying to save money building Route 66. They figured if they built it half as wide they’d spend half as much money. (Fortunately they didn’t apply the same philosophy to bridges and build them half as long.)

With the help of a detailed guidebook, Route 66: EZ 66 Guide for Travelers by Jerry McClanahan, I found the single-lane stretch. Motoring along the pitted road and kicking up dust from the orange clay, I felt like I was back in the 1920s.

The stretch of highway looked like the type of remote landscape that could hide outlaws like Bonnie & Clyde. It turns out that they often drove along Route 66 as they roamed throughout the area. In the last months of their lives they kidnapped the police chief in the nearby town of Commerce, Oklahoma. 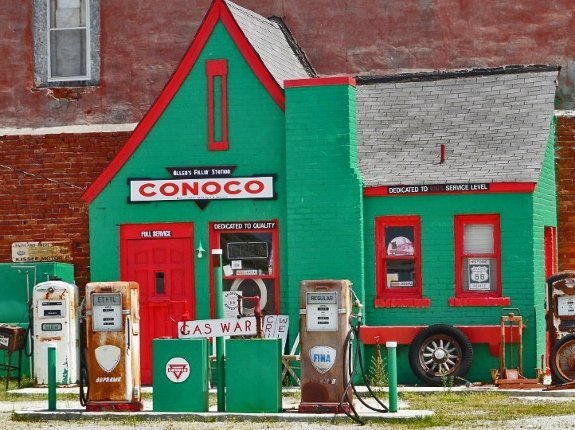 Even 28 years after officially passing out of existence, Route 66 still reveals new surprises to the curious road tripper. The “ribbon road” in Oklahoma is just one of many that make driving America’s Main Street so enticing. Check out Route 66 on an Arizona Road Trip for more one-lane route 66 segments, along with our guide to awesome retro hotels on Route 66 in Arizona. 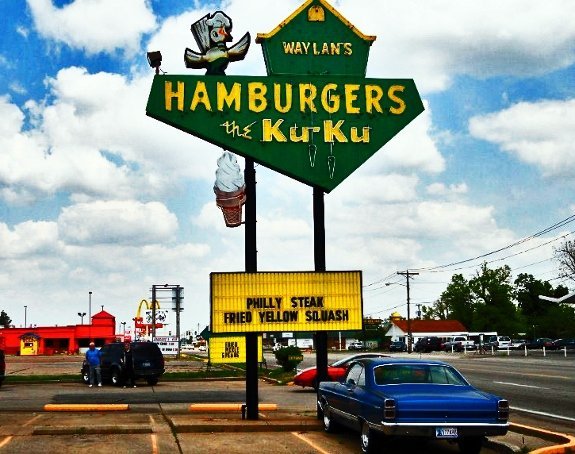 And if you’re hungry, and who isn’t after all that driving, head back to Miami and stop in at one of the great old-time burger joints: Waylan’s Ku Ku Burger. This joint’s been flipping patties for almost 50 years. 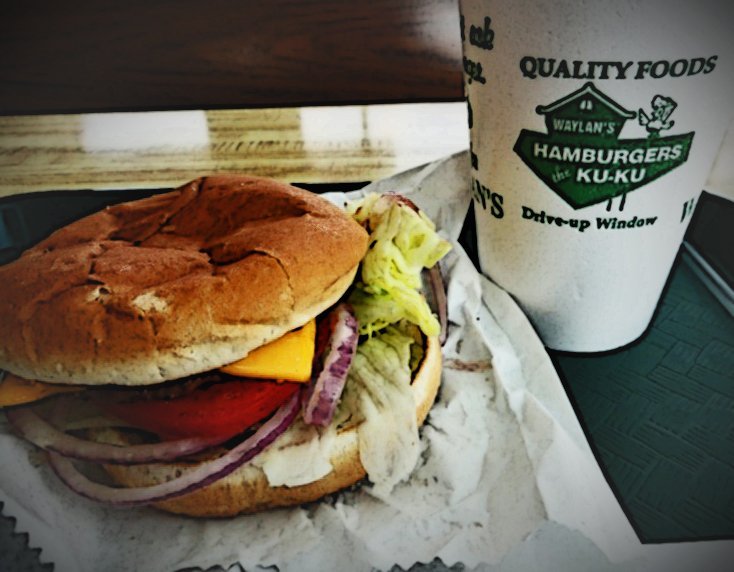 Near this section of Route 66 is Picher, Oklahoma — a modern American ghost town.

Picher, Oklahoma is a harsh example of the effects mining can have on an area. Once a major producer of lead and zinc, the town is now a ghost town as the lead came back to haunt them.  The air, soil and water around Picher became contaminated with leftovers from the mining operations known as chat and tailings.

A 1996 study revealed that a third of the children suffered from lead poisoning. By 2009, Picher Oklahoma was a Superfund site and was virtually abandoned. 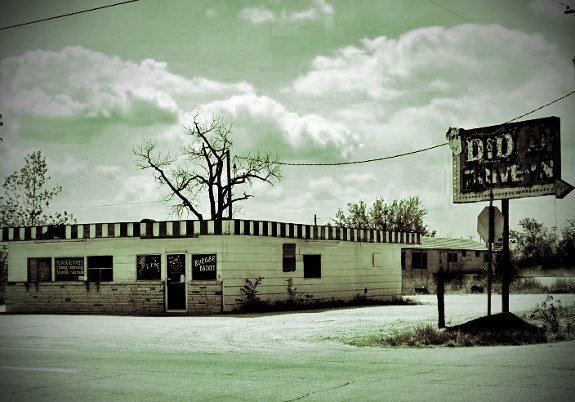 The D & D Drive-In still advertises burgers in its window. It later became G & J’s Gorillas cage and was the last place open in Picher. 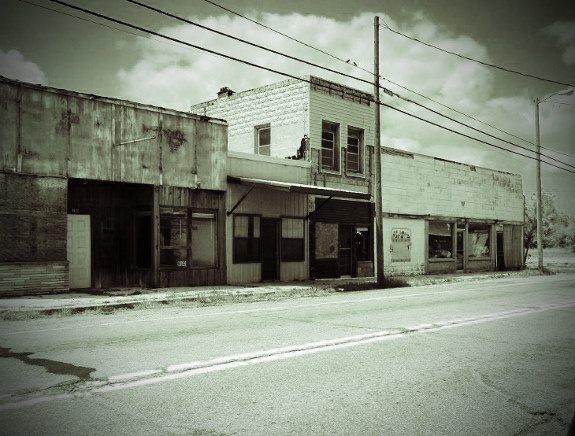 Main Street thrived during the 1940s, when mine operations in the area produced most of the lead for bullets issued to American soldiers in World War II. 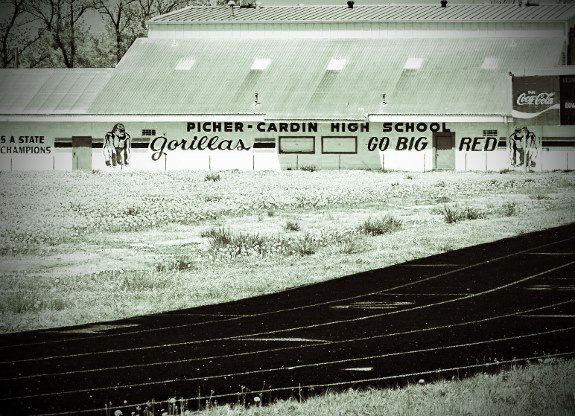 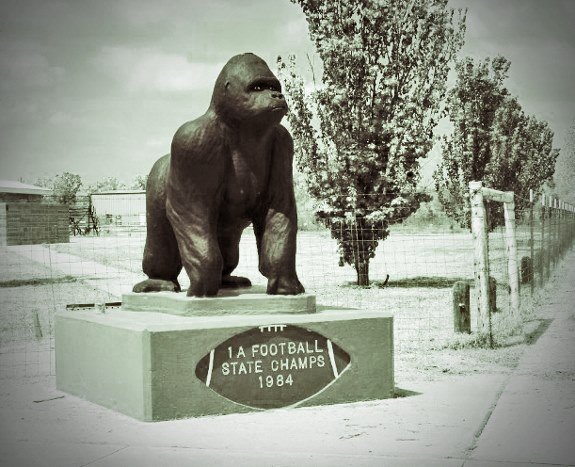 The high school mascot was the Gorillas, as seen in this statue which also proclaims that Picher was the 1984 state football champ; which is a big deal in Oklahoma. It’s sad that this symbol of school spirit was left behind. 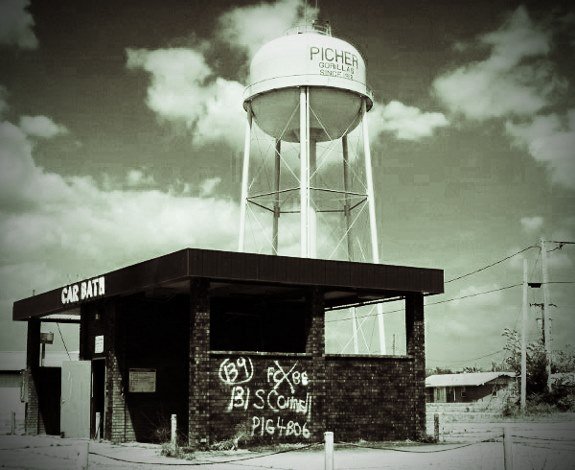 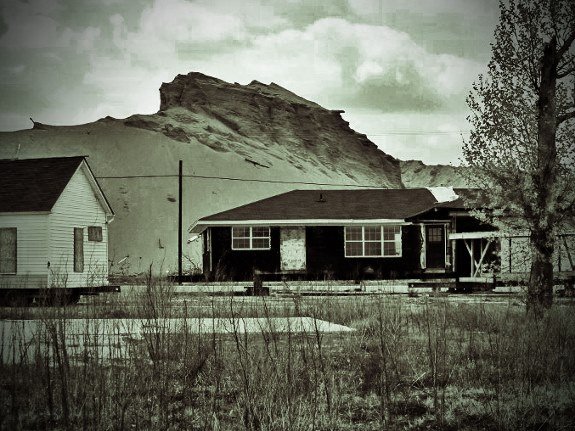 The source of Picher’s troubles, piles of toxic mine waste, looms over abandoned homes. The lead waste blew over the town, causing birth defects and learning disabilities in children. A chalky grain covers everything in the town. 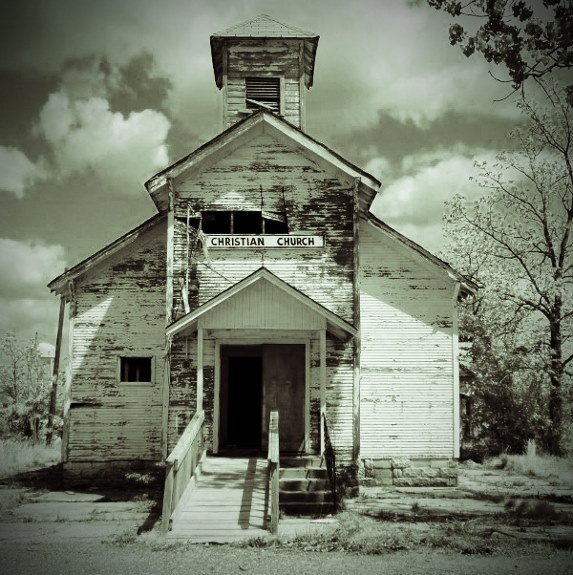 This abandoned church looks like something from a Gothic horror movie set. 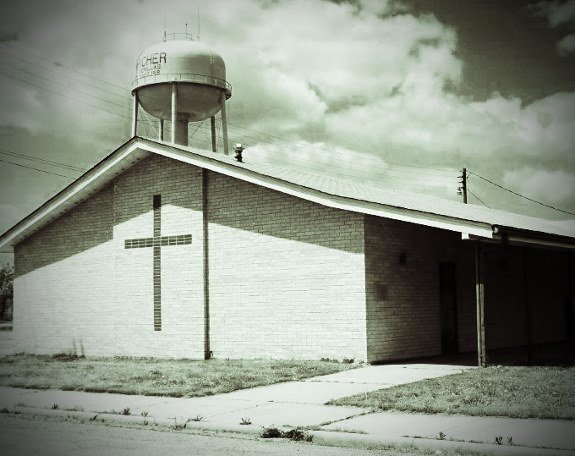 The modern churches had to be abandoned too. 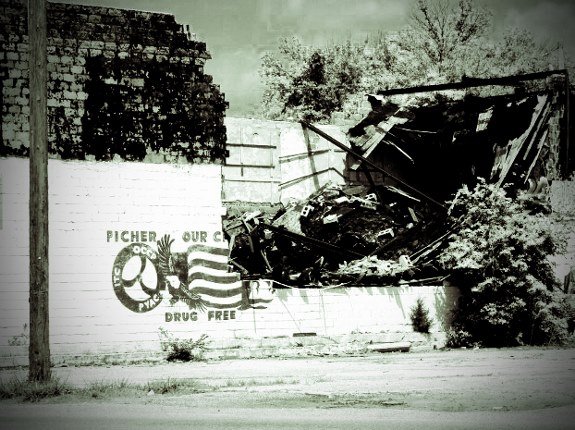 The writing on a burned out building on Main Street proclaims that Picher is a drug-free community. 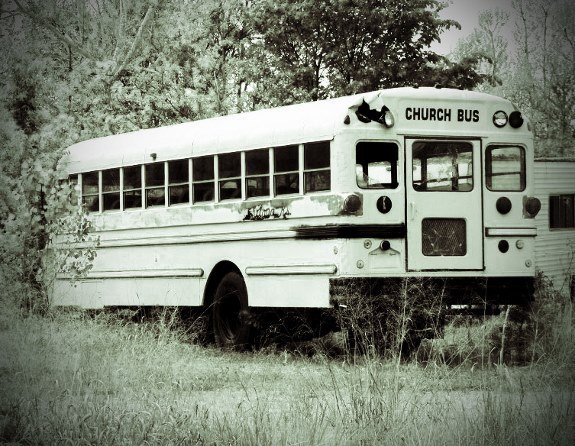 Even the church bus was left behind.

Here’s our story about the 10 spookiest ghost towns in America.