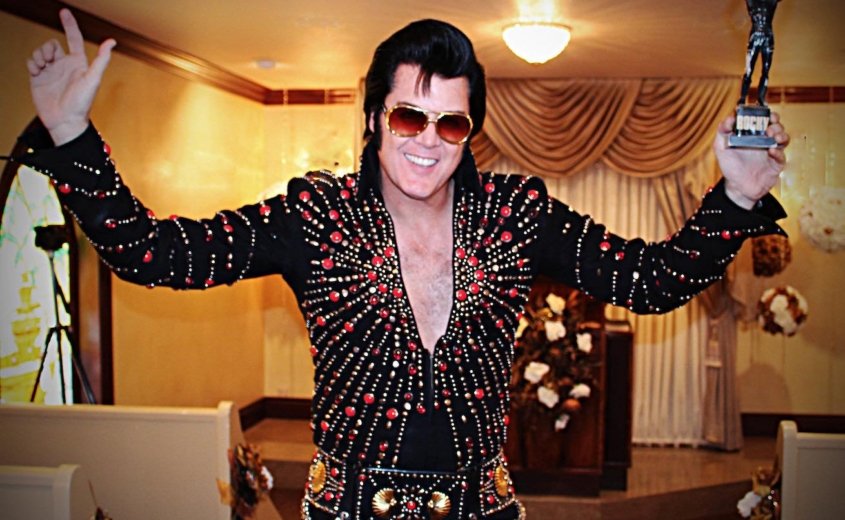 Strolling down the Strip in Las Vegas, our faces were overwhelmed by the glow of a million pulsating lights. We don’t gamble so what would we do in a city that is defined by casinos? We weren’t alone. Las Vegas is one of the country’s top convention cities, each year bringing in over 5 million people on business trips—and many of them aren’t into gambling either. To our surprise there were many things to do in Las Vegas without gambling.

Getting married in Las Vegas (or confirming your vows) 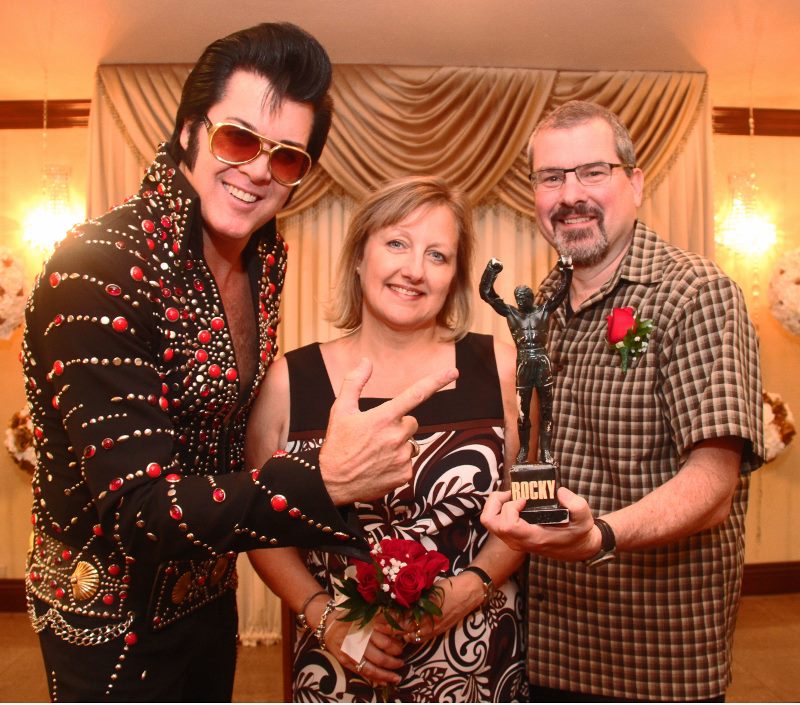 Las Vegas is the wedding capital of America with over 300 ceremonies a day performed in two dozen wedding chapels; which is why the city’s marriage license bureau is open every day of the year from 8 a.m. to midnight. Rather than simply watch others take the plunge, on a lark we decided to renew the vows we’d made 27 years earlier. For the full-on experience we chose the Elvis Presley themed Graceland Wedding Chapel where Jersey native Jon Bon Jovi tied the knot. It’s a freestanding chapel on Las Vegas Boulevard South, a block north of the Gold and Silver shop featured on the TV series Pawn Stars. (Which is handy for those who need a spur-of-the-moment wedding ring.)

We expected the ceremony to be kind of hokey. But even though sequin-clad Elvis look-alike Brendan Paul made us promise, among other things, not to step on each other’s blue suede shoes, it turned out to be surprisingly sweet. Newly re-hitched we made Las Vegas our honeymoon playground.

Plan your Las Vegas wedding (or renew your vows).

Flying upside down over the Nevada desert 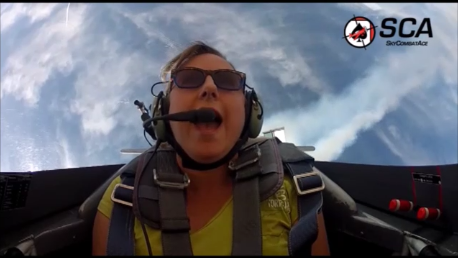 Anyone who loved Top Gun would find it hard to pass up an aerial thrill ride. Larissa donned a flight suit and boarded a propeller-driven aerobatic aircraft at Sky Combat Ace. For starters Richard “Tex” Coe, a former Air Force F-14 fighter pilot, performed several barrel rolls and flew upside down to test Larissa’s stomach . . . then handed the controls over to her! 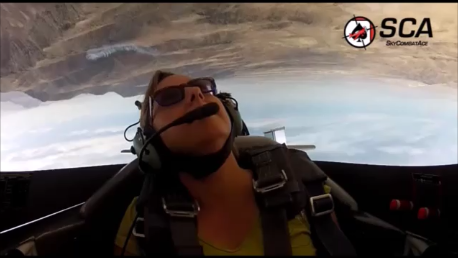 She flew the plane through an adrenalin-pumping inverted 360 degree loop as she pulled 7 Gs (that’s seven times the force of gravity), contorting her face into an odd Hobbit-like mien before reverting to unbridled glee at what she had just accomplished. Upon returning to terra firma Larissa declared, “My knees are wobbling, when can I go again?”

Be sure to watch Larissa’s flight below then plan your Aerobatic Flight here.

To get our feet back on the ground we ventured to Dig This, an attraction that fulfills childhood dreams of playing in the dirt. We chose a session on the Caterpillar excavator, those forbidding looking pieces of equipment with steel-toothed buckets that loom overhead like escapees from Jurassic Park. After rumbling across the sandy site we dug Humvee-sized holes, maneuvered 2,000 pound tires into pyramid shaped piles and played a form of excavator basketball where even LeBron James wouldn’t dare block our shots. 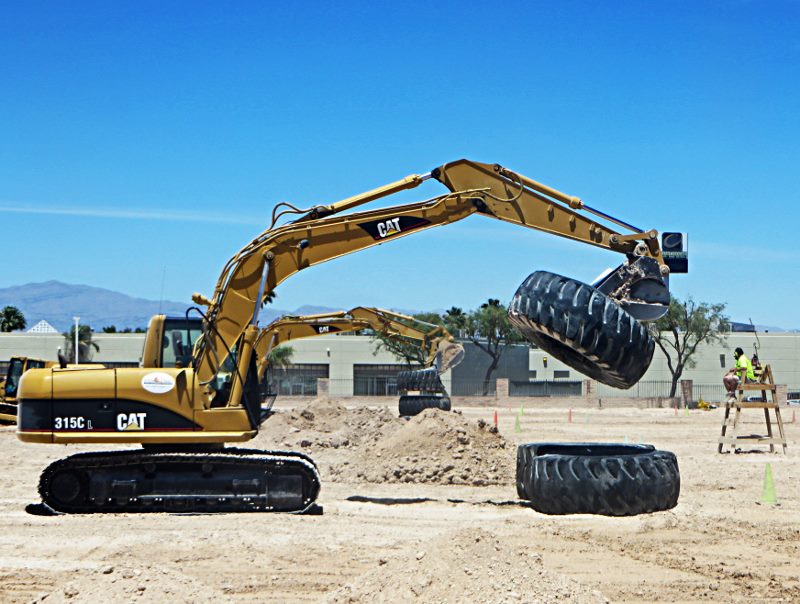 We assumed all that getting dirty appealed mostly to men living out their boyhood fantasies, but owner Ed Mumm said that half of their customers are women. “Quite frankly they’re better at it,” he revealed. “They listen to the directions while men tend to barrel ahead.” (Somewhere in that observation is marriage advice waiting to be heeded.)

Want to play in the dirt? Click here to book your adventure!

Las Vegas defines their history in more recent terms than our hometown of Philadelphia. The desert city was just hitting its stride only 60 years ago and some fascinating museums highlight the quirky events that have helped shape its identity.

There’s a retro-cool vibe at the Neon Museum, where the gaudy signs of former casinos are preserved. Visitors enter through the restored lobby of the scallop-shell-shaped La Concha motel, a circa 1961 structure that was designed by Paul Revere Williams, the first African American member of the American Institute of Architects. Its white swooping roofline is a stellar example of the futuristic Googie architecture (think of the house on The Jetsons) that abounds in Las Vegas. 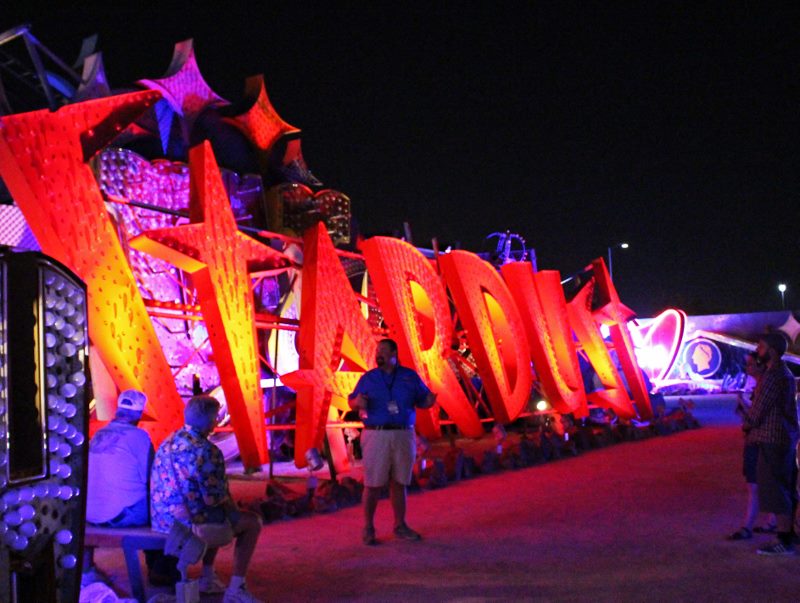 The huge signs, perched on the ground in an outdoor setting, are most evocative during a nighttime tour. Our guide, the jovial Ian Zeitzer from northeast Philadelphia, led us on a serpentine path through the neon boneyard illuminating his “history lesson of lost Las Vegas.” The fancy script letters of the Moulon Rouge sign once flashed outside the casino that was a trendsetter in 1955; it was the first integrated gambling hall in Las Vegas, attracting the likes of Sammy Davis, Jr. and his Rat Pack pals Dean Martin and Frank Sinatra.

The picturesque Neon Museum has become a fashionable venue for outdoor weddings with a popular photo op beside the restored 1940s era “Wedding Information” sign, whose bright red arrow once pointed the way for nervous couples to tie the knot. During the summer we went for the popular nighttime tour. 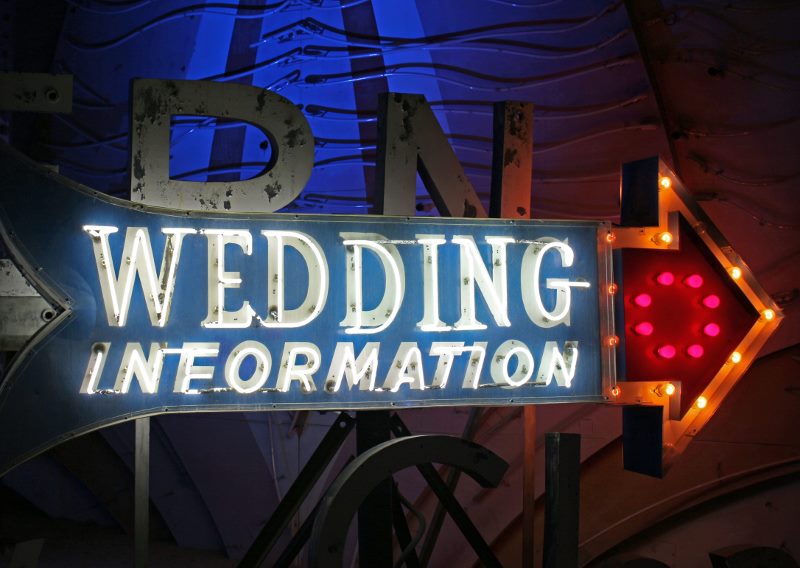 Back in the heyday of Las Vegas, the ownership of some of the casinos was murky, a topic that’s played out at the downtown Mob Museum, located in the former Federal Courthouse that was home to the Mafia hunting Kefauver hearings in the 1950s. You have to admire a city that isn’t afraid to highlight the sordid side of its history. The museum tells the unvarnished story of organized crime in America and how its tentacles wrapped around every aspect of casino ventures in Las Vegas. Visitors can also listen to tapes of undercover FBI agents as they ensnared the mobsters. A costume display reveals that Tony Soprano wore somewhat mundane Dockers on the TV show. 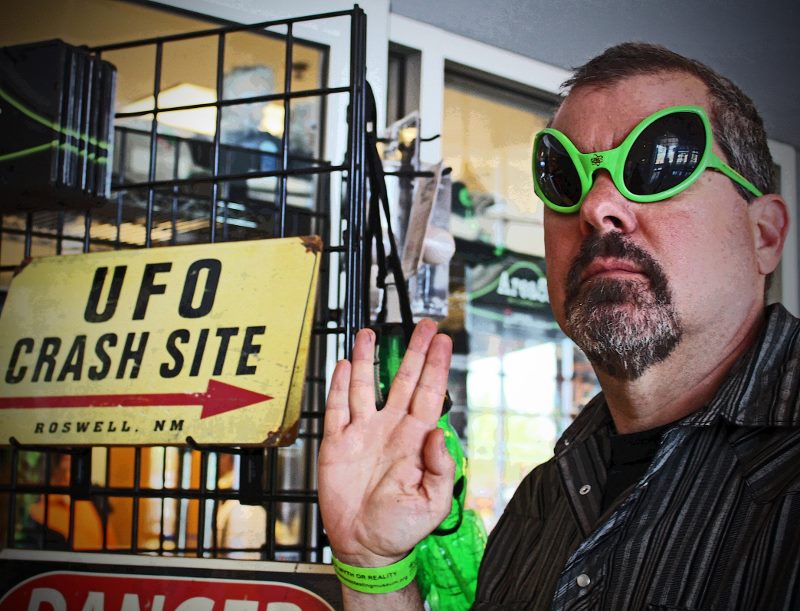 While casinos were popping up like mushrooms, the US government was experimenting with mushroom clouds in the nearby desert. The National Atomic Testing Museum pays homage to the era when nuclear weapons were new and novel. Exhibits encompass the scientific and the social: some local hotels offered rooftop-viewing parties complete with bag lunches and heavy-duty goggles to watch the atomic detonations.

If any portion of your youth was spent hunched over a pinball machine, you’re in luck in Las Vegas. The Pinball Hall of Fame features over 250 working machines dating from 1932 to the present day just waiting for itchy flipper fingers. Tim Arnold, a self-confessed “pinball nut,” created the Hall of Fame as a non-profit entity that donates its proceeds to charity. We were drawn to beautifully restored games of the 1950s and ‘60s, which cost only a quarter to play. A pinball geek can while away hours there for less than they’d drop on a blackjack table in ten minutes. 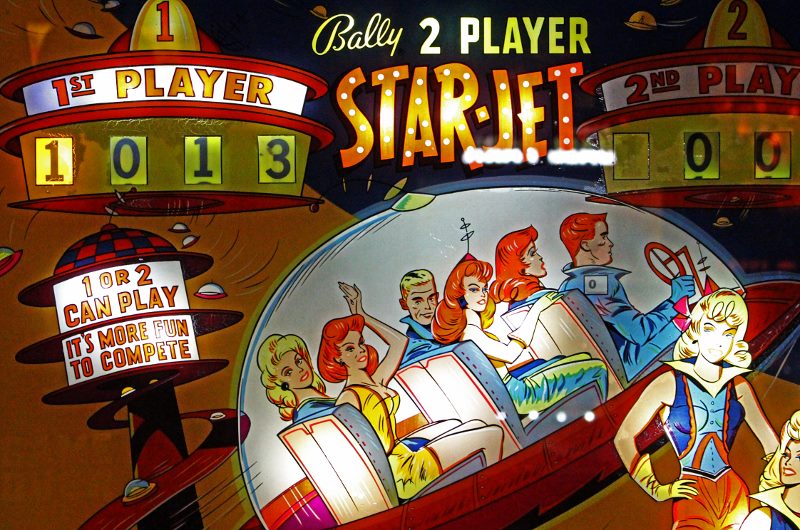 Epilogue: Newly remarried we were leaving Las Vegas when we stopped at a gas station on the edge of town. After ten days of living casino-free Michael just couldn’t resist a one-armed bandit seated right by the cashier. But each time he slid in a crumpled dollar bill the machine kept spitting it out, and so ended our one attempt to gamble in Las Vegas. We guess it just wasn’t meant to be. 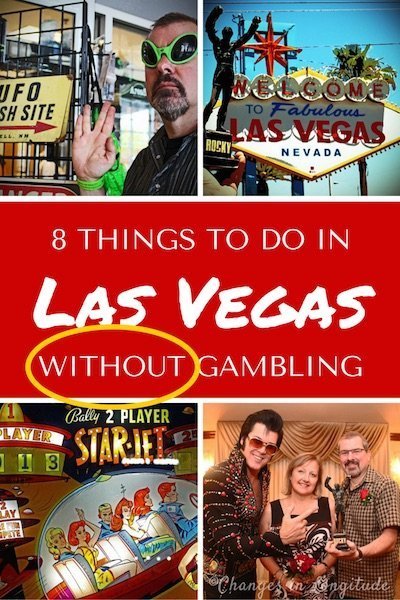 If you really want to avoid the lure of gambling, here’s our review of hotels in Las Vegas that are casino-free or have placed them in a separate building.

We make the donuts at Mazurek’s Bakery in Buffalo 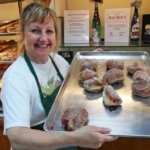 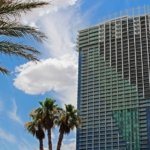 Staying at hotels in Las Vegas without casinos
Scroll to top