We stood at the center of the Sydney Harbour Bridge on a breezy sunny day.  Down below us ferries cut through the turquoise water as they carried passengers to hidden coves shaded by palm trees. White sails of pleasure-craft swelled in the wind and mimicked the roofline of the famous Opera House as they passed by.  The view was stunning and best of all it was one of our favorite free things to do in Sydney.

Sydney can be an expensive place to visit. Fortunately, much of what makes Sydney special is its spectacular scenery, all of which is available at no charge.

There are plenty of opportunities for tours that promise impressive views, but they can be expensive.  There are plenty of tantalizing glimpses of the harbor from many spots throughout Sydney, thus we set out to see what we could without opening our wallets. 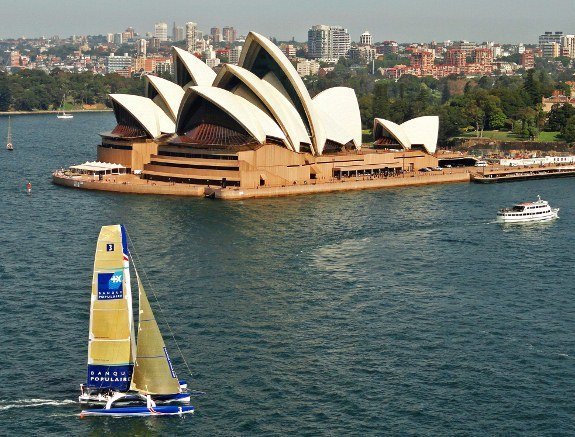 The free view from the Harbour Bridge.

We started with the Harbour Bridge.  Along with the Opera House, it is the most recognized site in Sydney.  There is a popular tour that allows the intrepid traveler to actually scale the arch of the bridge, but it’s pricey ($180 and up per person) and restrictive; climbers are clipped onto a lifeline and can’t bring a camera.  We opted for the pedestrian walkway that is entirely free, and camera-friendly (really, the whole lifeline thing had nothing to do with it-honest!)

Completed in 1932, the bridge is one of the longest, and perhaps most-photographed, single-arch bridges in the world.  The approach to the bridge’s pedestrian path is well-marked.  At the center point of the bridge the walkway is 160 feet above the harbor, which for us was plenty high enough for good views and several magnificent photo ops. The total distance across is less than a mile and is pretty flat, except for the fifty or so steps climbed to reach the walkway. 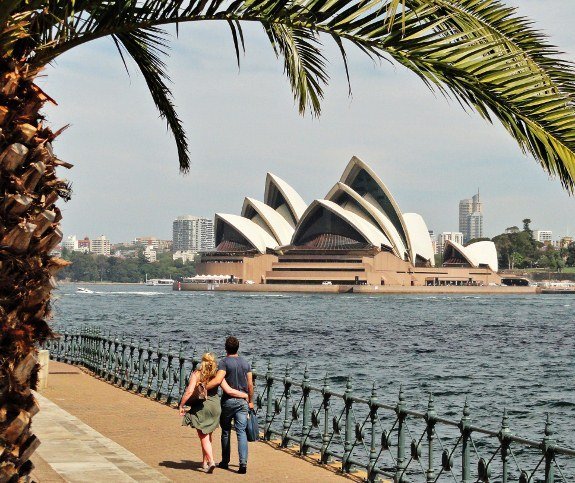 The view from Milsons Point is worth the hike over the Harbour Bridge.

At the northern end lies Milson’s Point, a small well-landscaped park that extends under the bridge and provides a spectacular sea-level view of the Opera House.  We followed the walkway under the bridge and arrived at Luna Park, a 1930s amusement park reminiscent of Atlantic City’s Steel Pier.  Much like other parks of its era, admission is free while tickets are purchased for each individual ride.  We walked around at our leisure, admiring the views—including great carnival art murals, and only paid for a cotton candy (kids at heart that we are).

Crossing back over the bridge brought us to Circular Quay and the Sydney Opera House.  Circular Quay is the heart of Sydney Harbour; the city’s vast network of harbor ferries is based here along with a large modern cruise ship terminal.  On this particular day the cruise ship Radiance of the Seas was docked, dwarfing the nearby ferries.  Small cafes, souvenir shops and street performers dot the Quay, especially on weekends when a festive atmosphere prevails.

We continued eastward along the Quay to reach the most well-known building in Australia: the Sydney Opera House.  Up there with the Eiffel Tower, Taj Mahal and the Rocky Statue as one of the world’s great iconic sites, this structure really is magnificent.  Since its completion in 1968, the signature serrated white roofline has been likened to sails, shark fins, a snail-shell and our personal favorite, a conquistador’s helmet. 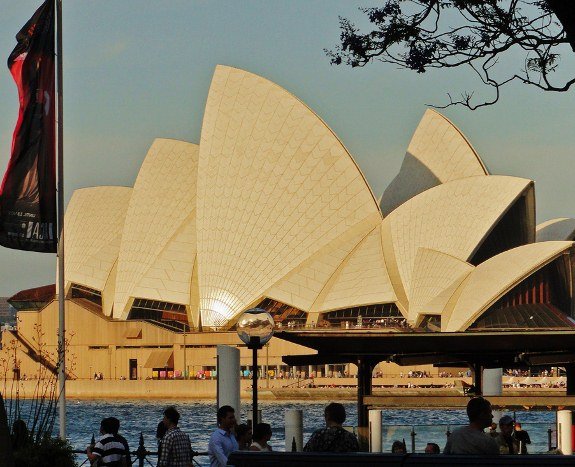 The view of the Opera House from Circular Quay.

This architectural masterpiece juts out into the harbor amidst a pedestrian plaza that is accessible from all sides.  Those unique arched white roofs are actually made up of over a million glazed ceramic tiles, and they drape so low to the ground that we could reach out and touch them.

The Opera House complex consists of three interconnecting structures, the two largest being theaters and the third smaller “shell” a restaurant and bar.  Visitors can wander around inside the lobbies and vestibules (and gift shop, natch) at no charge, and view the famous rooflines from underneath.  The Opera House does offer a variety of tours, but these range in cost from about $25 to $150.  Unless you’re really into opera or theatrical architecture, the free offerings are probably enough.

All this construction-heavy sightseeing had us itching for some nature and we were in luck.  At the base of the Opera House steps we walked right into the Royal Botanic Gardens.  This 76-acre parcel of green was established in 1816 as a site for horticultural study along the harbor; it opened as public gardens in 1831.  Imagine the British passion for gardening coupled with a sub-tropical climate that can grow almost anything and you’ve got a winning combination.  The gardens are very welcoming—a sign at the entrance proclaims, “The Park is for everyone to enjoy.  Please walk on the grass and hug the trees.” 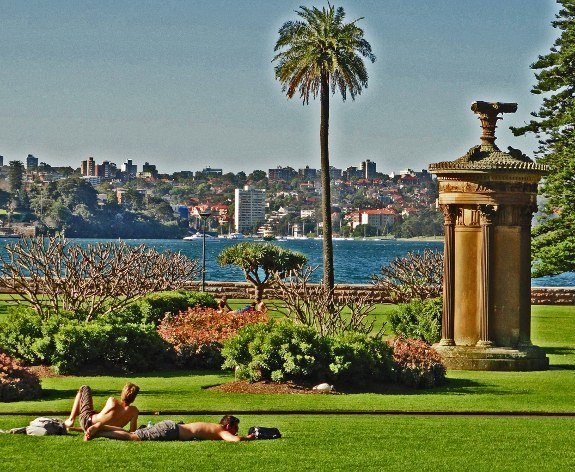 The Royal Botanic Gardens provide a free respite from the noise of the city.

A walk through the gardens took us through a horticultural sampling of the former British Empire.  On a hill overlooking the Opera House we meandered through the classic English rose garden, where the fragrant blossoms of every color bloom almost year-round in this temperate climate.   Further down the hill lies the Palm Grove, with one of the finest collections in the world of these stately trees; many of which are native to Australia.

Of particular interest is the Rainforest Walk, where we trod softly on mossy paths amid giant ferns under shade trees.  Hundreds of flying foxes—we know them as bats—hung from branches and snoozed in the sun high above.  Every now and then one of them spread their wings as they shifted positions and showed off what majestic creatures they are; although it’s a good thing it wasn’t nighttime because they are a bit creepy. 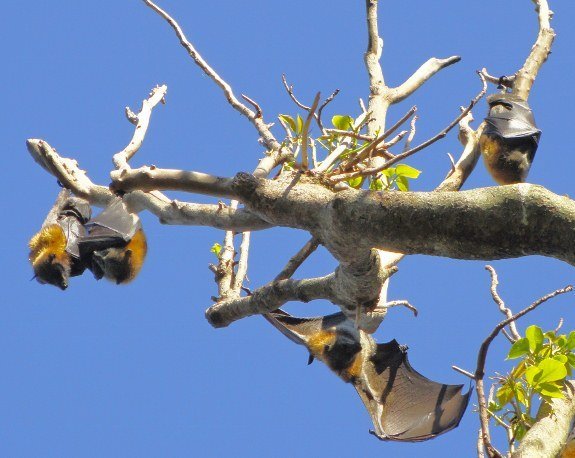 Walking under these trees must be a doozy at night.

The gardens are free, brochures detailing self-guided tours are available at all the entrance gates.  Free one-hour descriptive walks are offered twice daily by volunteers.  We opted for the self-guided version, allowing us to wander at our own pace to the features that interested us most.

Inevitably we drifted down towards the reflecting pools at Farm Cove, located right on the water next to the Opera House. A promenade for strolling and several benches provide unique vantage points to view the structure.  We sat on one of the benches and watched the sailboats plying the water, their billowing white sails providing a soft counterpoint to the tiled roof of the Opera House.  The setting sun lit up those tiles and the Sydney Harbor Bridge beyond. As the Radiance of the Seas slowly eased by and headed for open waters we remarked that it was a “million dollar view.”  And like the entire day it was totally free.

Location:  All attractions listed below are next to the Circular Quay, a main stop for many City buses and trains, and all Sydney ferries. 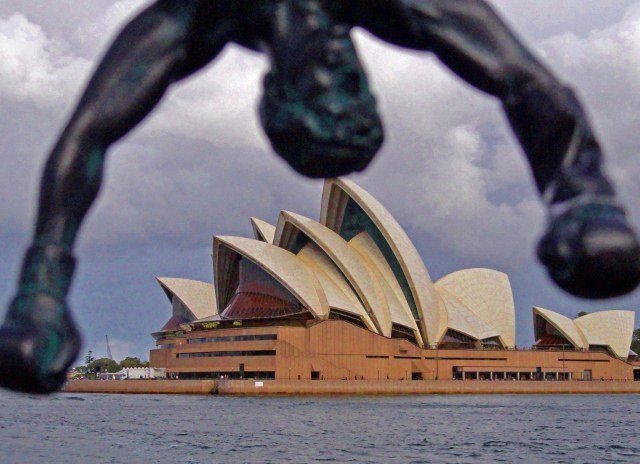