Recoleta is the most famous cemetery in Buenos Aires, not just because it’s the burial place of Eva Peron. It’s a beautiful place to visit and home to almost 100 stray cats. They’re truly fat cats since a group of women feeds them twice a day. An hour spent at Recoleta is an oasis in the dynamic city of Buenos Aires.  You can even book an affordable hotel on Expedia close to this popular attraction. The Recoleta area is very quiet and has good options for accommodation that are convenient to shops and restaurants. 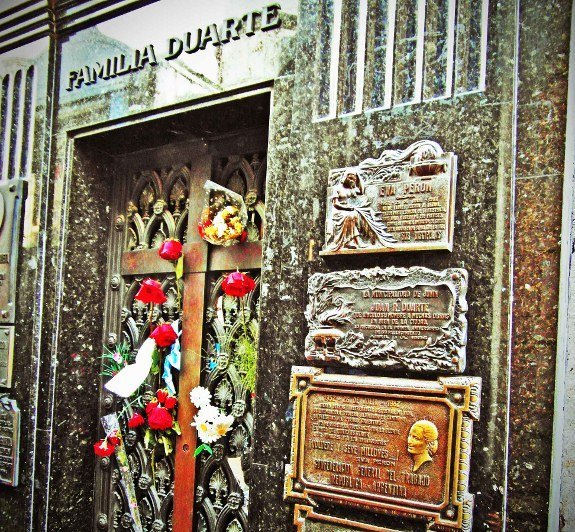 The famous Eva Peron of Evita fame is buried with her family in the Duarte mausoleum. She is buried 22 feet underground to prevent anyone taking her body. 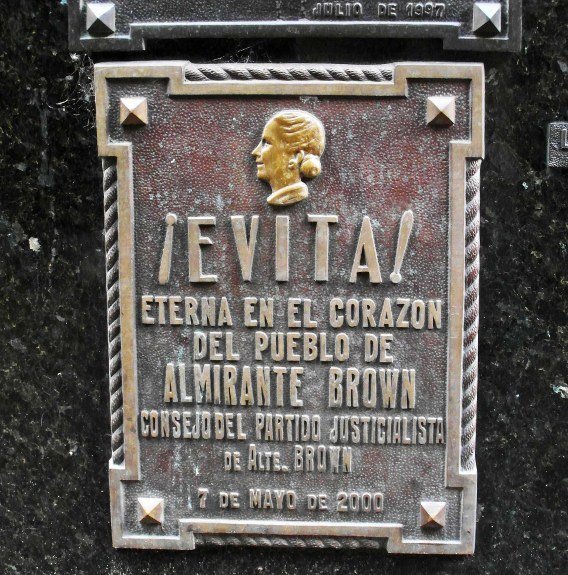 For all her influence on political history and pop culture, we were surprised to learn that Eva Peron was only 33 when she died. 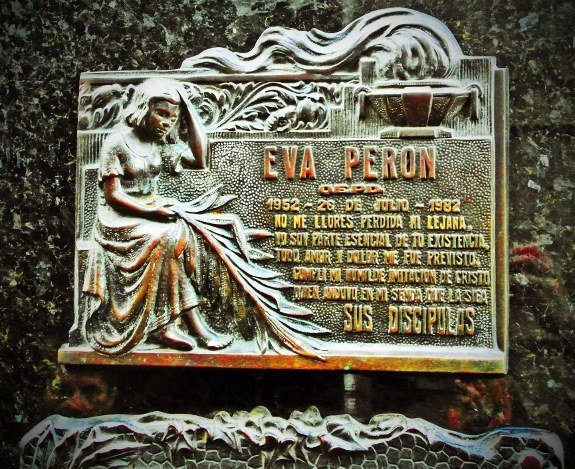 Before being buried at Recoleta, she had lain in a graveyard for over two decades in Italy under an assumed name. A previous government had sent her corpse overseas because they were so worried about the symbolic value of her burial site. 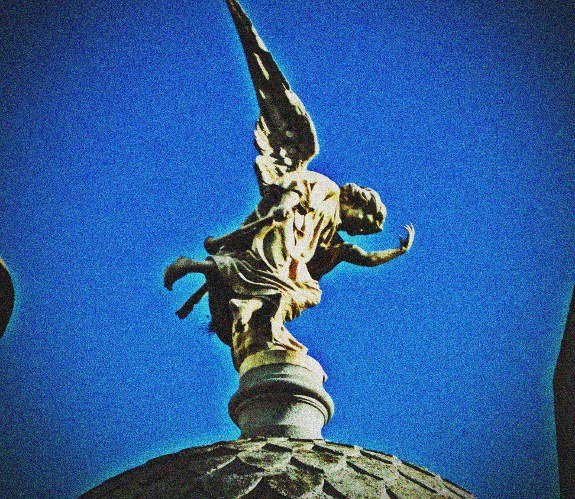 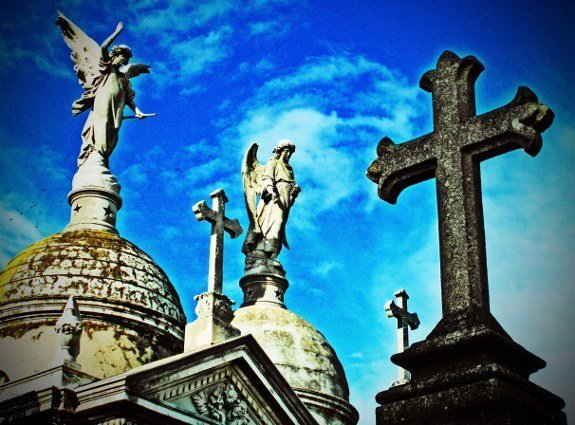 Buenos Aires is blessed with clear skies for a large city. Which makes sense for a city whose name means “good air.” 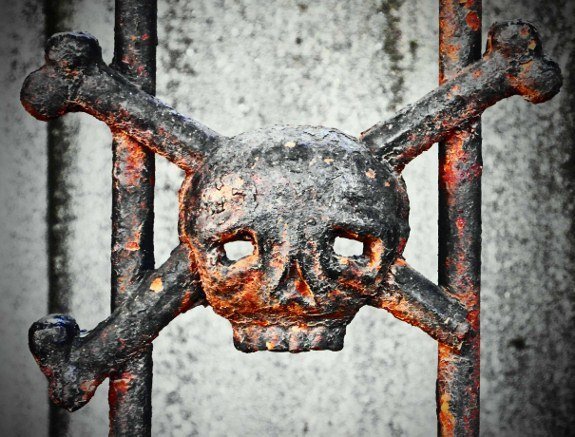 Despite all the angels hovering above, some of the symbolism is downright morbid. 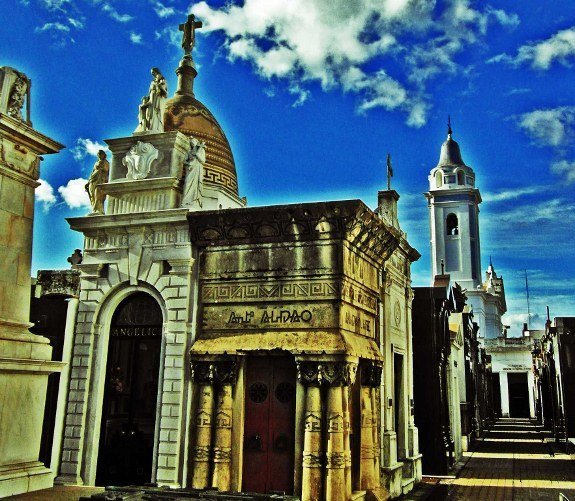 This tomb looks like it would be right at home in Egypt. 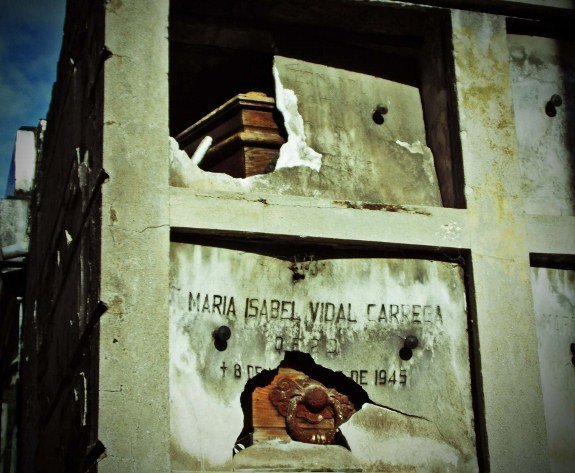 Some of the tombs are falling apart, revealing the coffins buried inside. 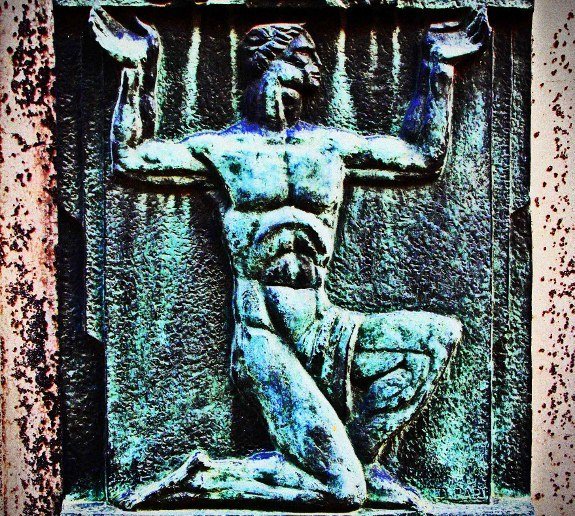 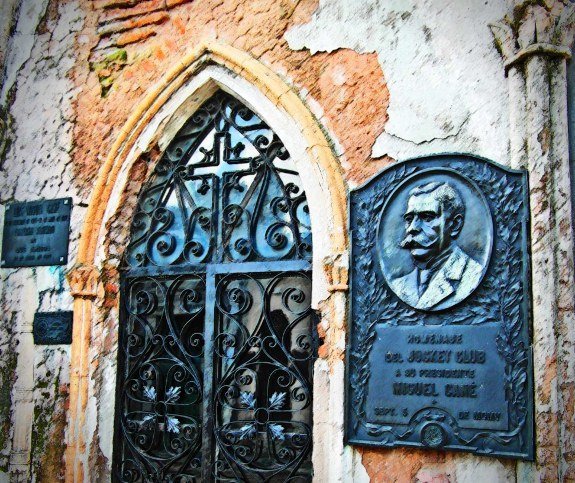 Miguel Cane, with a name sounding very much like the English actor Michael Caine, was a president of the Jockey Club in Buenos Aires. 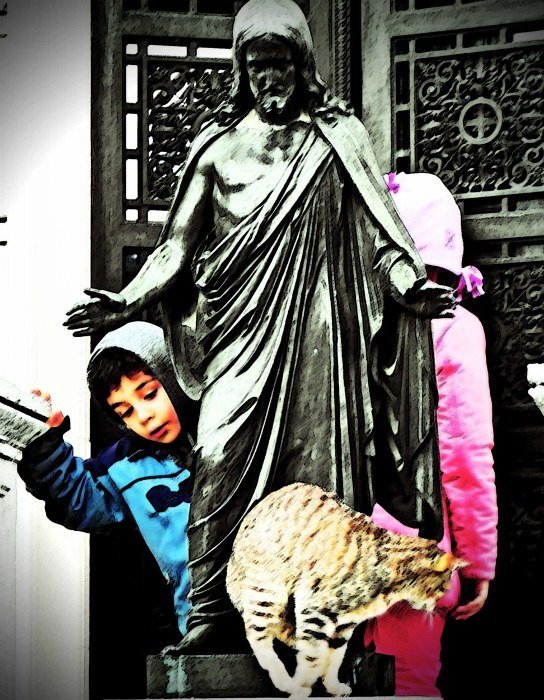 Recoleta Cemetery is also famous for its many feral cats. A child chases one as Jesus looks on.

We seem to have a growing fascination with strolling around cemeteries on our travels. Rather than being dreary, they are beautiful outdoor art galleries that celebrate life. Recoleta is open from 8AM to 6PM daily, with free admission. English language tours are offered on Thursdays at 11AM.

Here are pictures of Pere Lachaise cemetery in Paris, the final resting place for many French luminaries and even Doors singer Jim Morrison.

Visiting Buenos Aires? We stayed in an Airbnb apartment. 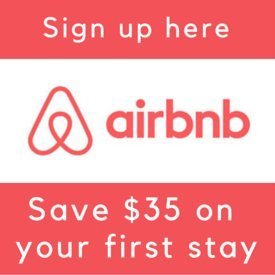