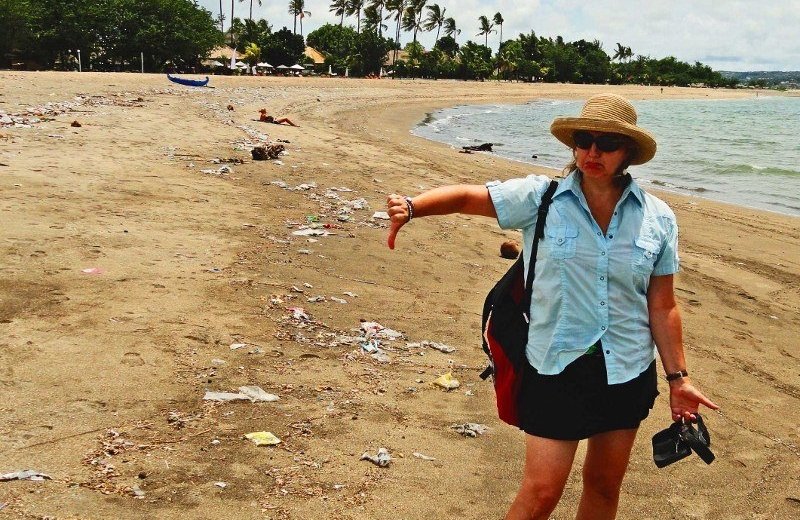 One of the more sobering aspects of our journey has been the environmental abuse we’ve seen, sometimes in the least likely places. Although we’ve traveled all over the world and written about some incredible sights, the story that resonated the most with readers is the one we wrote about the plastic trash on the beaches of Bali.

The tropical paradise of Bali was anything but. We visited during what some locals call the “trash season.” This coincides with the rainy season as garbage-filled storm drains flow rivers of plastic into the ocean, which then flings the trash back in waves onto the beach. It’s not exactly the recycling program that they need. Despite all the pretty pictures we have posted, the one below has garnered the most worldwide attention to our site. 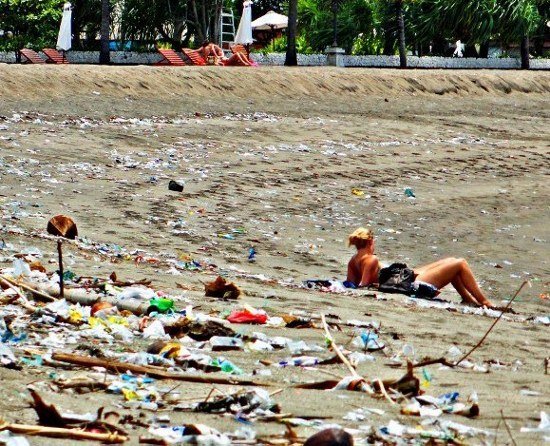 A lonely mermaid washed up from a sea of trash in Bali.

A week before our visit to Bali we saw the result of an aggressive trash awareness program. Perth, Australia boasts miles of spotless beaches that were cleaner than any we’ve seen. The local Waste Authority, with the catchy slogan “Too Good to Waste,” promotes an active recycling program. But recycling alone won’t solve the problem. The main issue is the abundance of plastic being produced.

In the US alone over 40 billion plastic water bottles are used each year. And that’s in a country with a potable water supply. Reusable containers are gaining in popularity but as yet are not as ubiquitious as disposable plastic bottles.

Plastic shopping bags are being eliminated in many communities but are given out with abandon in much of the world; as if the cashier made a commission on every bag used. Sometimes this has led to comical situations where each piece of fruit is nestled in its own plastic bag. Even when we showed the vendor our recyclable cloth bag at markets in the Middle East, they would wave it away and shove our purchase in a plastic bag. Meanwhile, just halfway across the Mediterranean, the island of Malta charges for plastic bags so shoppers are diligent about bringing their own reusable bags with them. 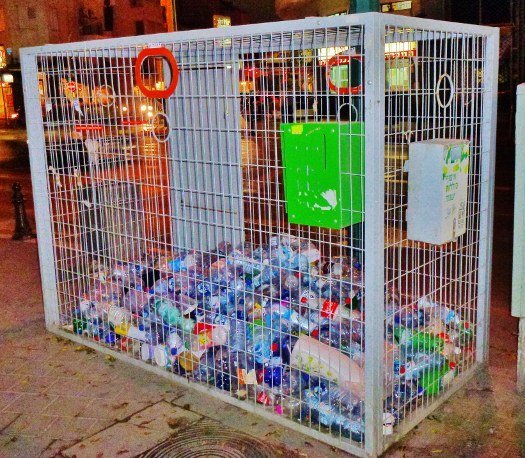 This container on a street in Tel Aviv promotes plastic recycling. Unfortunately, due to security concerns it has to be an open cage.

After we published our story about Bali we became aware of an Australian group called “The Two-Hands Project.” Founded by Paul Sharp and Silke Stuckenbrock in 2010, the volunteer organization focuses on cleaning up the world’s beaches and making people aware of the dangers of plastic. They’ve used social networking to encourage clean-up efforts in over 35 countries. Their Facebook page highlights photos of successful clean-ups from around the world.

We asked Paul what primary message he’d like to get out to readers about their mission:

“Plastic pollution is a symptom of failed design. Cleaning up is important and helps protect wildlife, though it will not fix the problem. Manufacturers need to move away from disposable design and implement reusable packaging and refund systems to ensure near 100% recovery of packaging and end-of-life products.”

He’s got a point, all the recycling in the world won’t make a dent in the huge amounts of plastic trash being produced daily. Until the plastic trash generation is cut off at the source, groups like theirs will be fighting a losing battle with their clean-up actions. 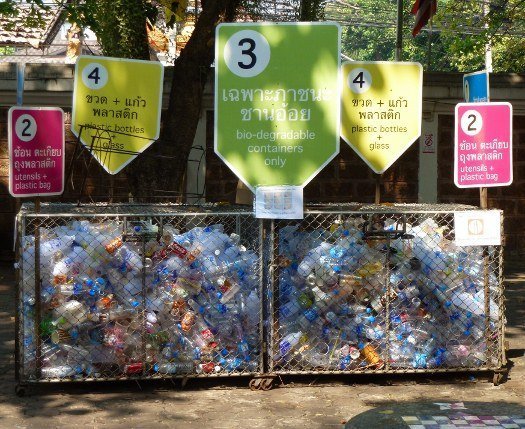 This Buddhist temple in Thailand promotes biodegradable alternatives to plastic.

Part of the mission of the temple in Chiang Mai that is pictured above is to increase awareness of alternatives to plastic. Food containers made of compressed banana leaves instead of styrofoam are becoming more popular. We’ve also seen biodegradable “plastic” utensils made out of corn and other plant sources. While not a perfect solution, at least they won’t be floating onto the world’s beaches for decades after their use. Perhaps by then Bali’s “trash season” will become an unwelcome vestige of the past.

Click the link for more information about the Two Hands Project and see how you can lend a hand.

Shocking exposé of Changes In Longitude 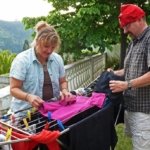 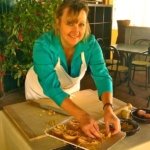 Learning how to make pasta in Italy
Scroll to top