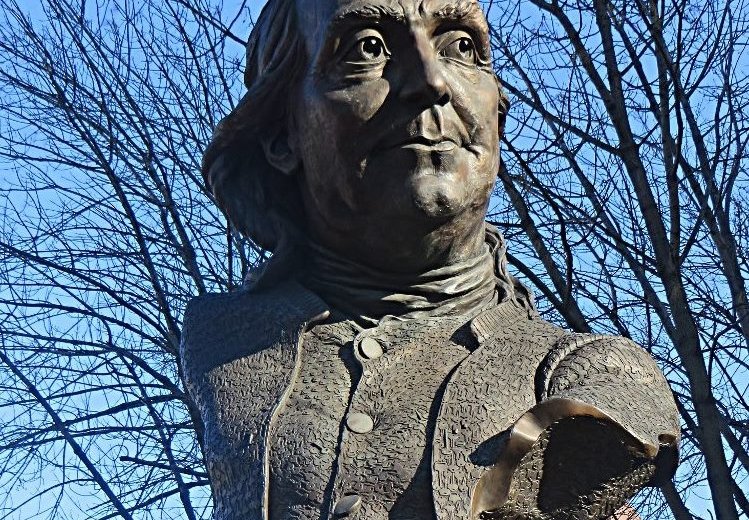 When we departed Philadelphia in 2011 we thought we’d explore the world for a year and then figure out what we wanted to do when we grew up. We started writing stories about our journey on this blog and for a new series called “A Year in the World” for the Philadelphia Inquirer. Somehow we branched out to other media outlets and became bona fide travel writers.

But for all the destinations we explored and wrote about on six continents, we didn’t cover the city we knew best, Philadelphia. After seeing so many exotic places when we returned to Philly we approached it with fresh eyes, as if we were discovering it as first time visitors.

Then a funny thing happened. In late January, 2014 Globe Pequot Press, a major regional travel guide publisher in Connecticut, contacted us. They asked us if we’d be interested in writing a book about Philadelphia. They had enjoyed our stories about other places and figured we’d do a good  job writing about our hometown.

You see Boston, which has more sports championships than Philly but in our humble opinion has way less historic sites, has had something called a Freedom Trail for over 50 years. It’s a well-marked guide to Boston’s revolutionary sites. But Philadelphia has nothing similar that connects the sites where America was founded, so we had to create one. Oh, and our deadline was four months. Piece of cake, right? 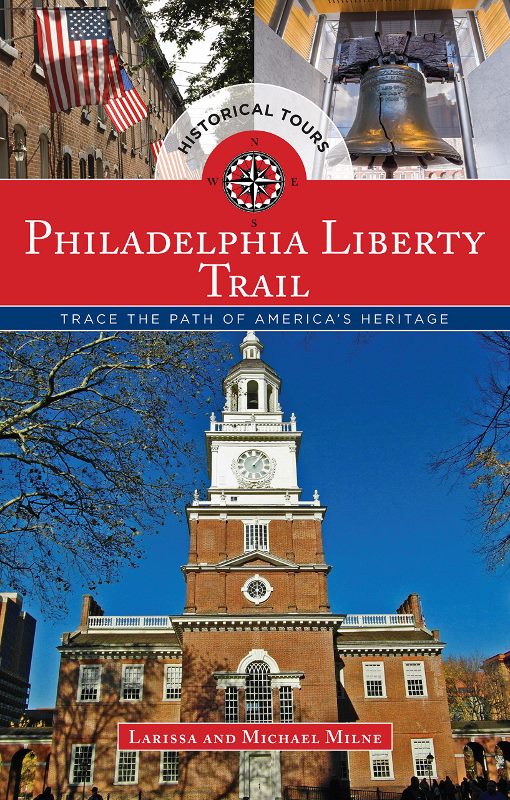 I turns out a deadline is a good thing for us! Last month Globe Pequot published the result of our efforts: Philadelphia Liberty Trail: Trace the Path of America’s Heritage. This 224-page book takes a fresh approach to the founding of America. It’s part historical narrative and part travel guide that goes beyond Independence Hall and the Liberty Bell to immerse visitors in history right where it happened.

During our research we unearthed little known historical tidbits such as: Benjamin Franklin’s Electric Turkey Experiment; Lydia Darragh, the Quaker woman who saved the American army from destruction; the church that in the 1790s was the precursor to the modern Civil Rights movement; and the home where soda was first introduced to America in 1807, by a doctor no less!

We also talk about unusual events like America’s first dumbest criminal. In 1798 the first bank robbery in America took place at Carpenters’ Hall in Philly. The man behind it, Isaac Davis, was arrested when he started depositing large sums of money in the very same bank he had just robbed. You really can’t make this stuff up. 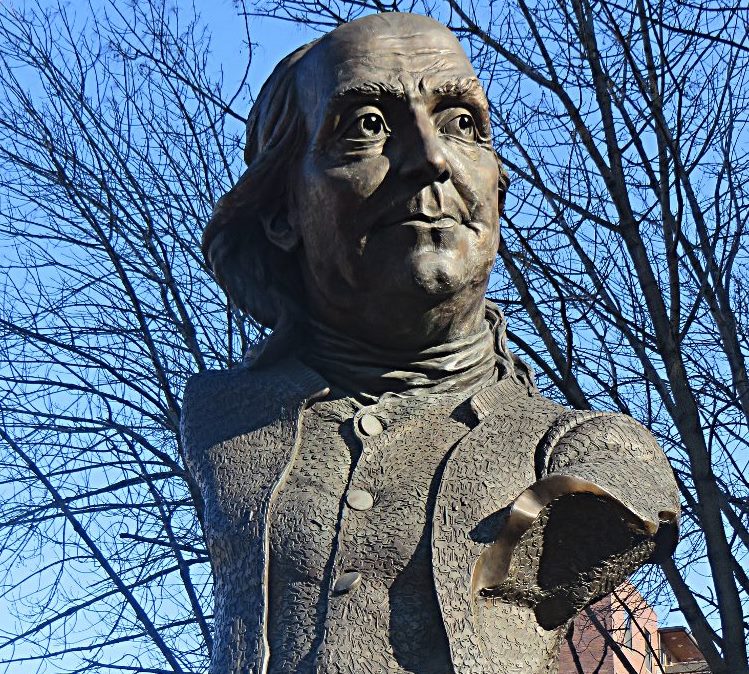 The trail we created is about four miles long but we’ve broken it into several segments. Easy-to-follow maps guide the visitor and since this is a book we wrote, there are also Pit Stops to rest weary legs and get a cookie (always important for Michael) or other treat. Complete with lodging, dining, family-friendly options and practical travel information, Philadelphia Liberty Trail is the indispensable guide to exploring America’s most historic square mile.

Here’s how you can buy Philadelphia Liberty Trail on Amazon.

If you get a chance to read the book we really hope you enjoy it. It was a lot of fun to write and discover our hometown once again.

Note to Philadelphia area readers: We are speaking at Penn State’s Great Valley campus in Malvern, PA on April 8th. Topics will include the Philadelphia Liberty Trail and travel tips from our 3+ years on the road. Here is the information for this free event: Penn State lecture. We’ll also be signing books at the Visitor Center at Independence National Park on Flag Day, June 14th, 2015 from noon to 4 p.m. Hope to see you there.

Photos: Should the Belfast murals remain? 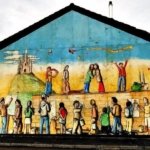 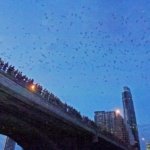