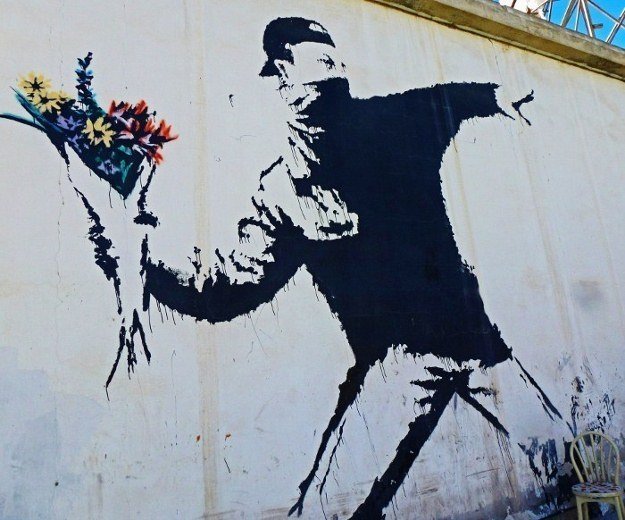 Whenever there is a wall dividing one group from another it provides an irresistible canvas to artists, both political and otherwise. After seeing the murals on the “peace walls” in Belfast and the surviving sections of the Berlin Wall, we were curious to venture into the Palestinian territories to see the other side of the Israeli security wall.

To see the other side of the Separation Barrier we traveled to Bethlehem, which is governed by the Palestinian Authority, via Arab Bus #21 which leaves from the Damascus Gate in Jerusalem. The ride takes only a half hour but truly enters another world. There is no checkpoint when entering the Palestinian territory but this changed on our return. Then the bus stopped at a checkpoint to re-enter Jerusalem so Israeli soldiers could come onboard to check papers. 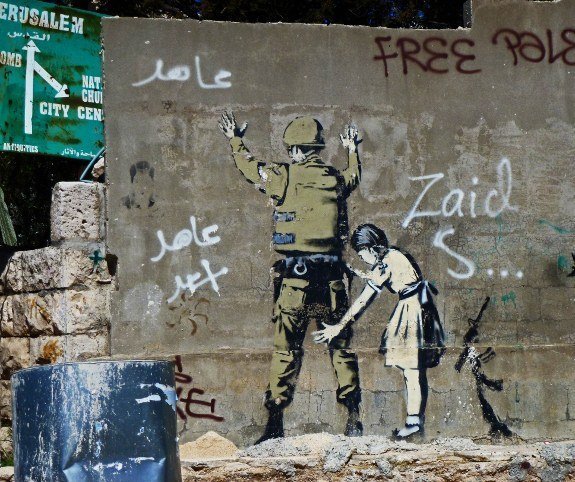 The British graffitti artist and political activist Banksy has made his mark in the area, although not on the actual wall. He painted the masked man throwing flowers at the top of this post and the girl above who is frisking a soldier. 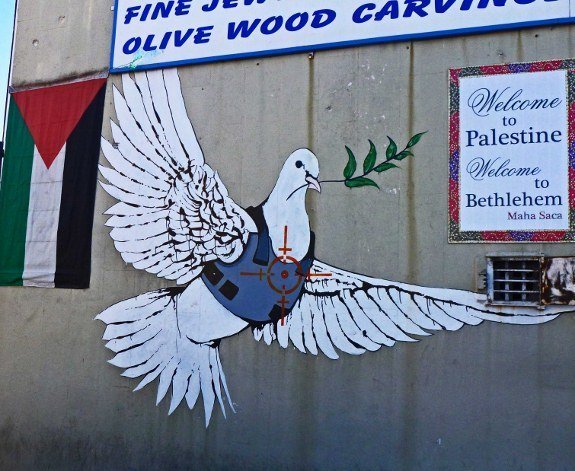 Another Banksy mural. The dove of peace wearing a bulletproof vest while being targeted through a rifle scope. 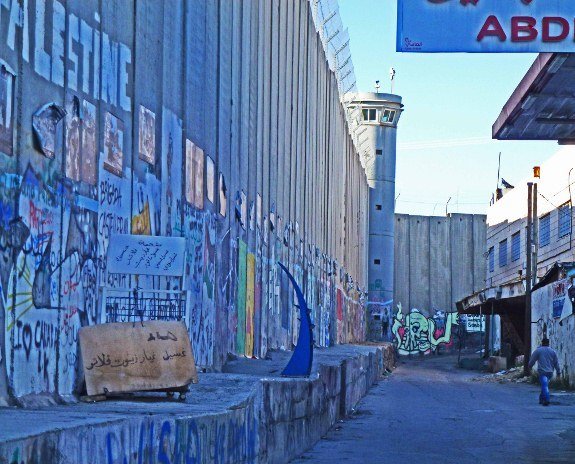 In many ways the security wall looks like the Berlin wall with its guard towers and graffiti. The neighborhood along it has become desolate, similar to what happened along the wall in West Berlin. 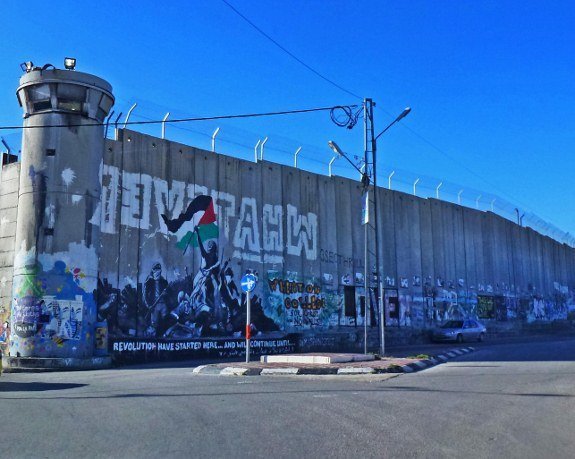 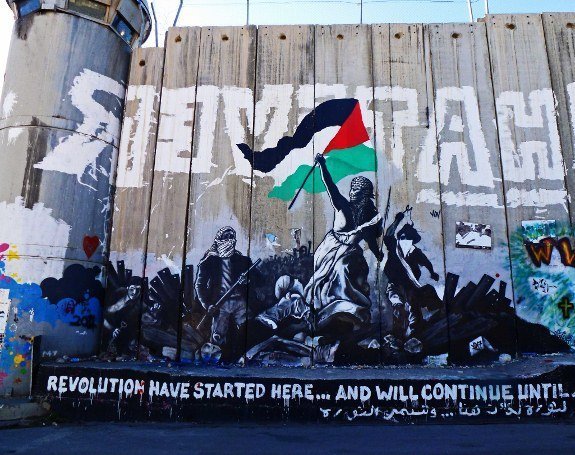 This mural borrows the imagery of Marianne storming the barricades during the French Revolution. 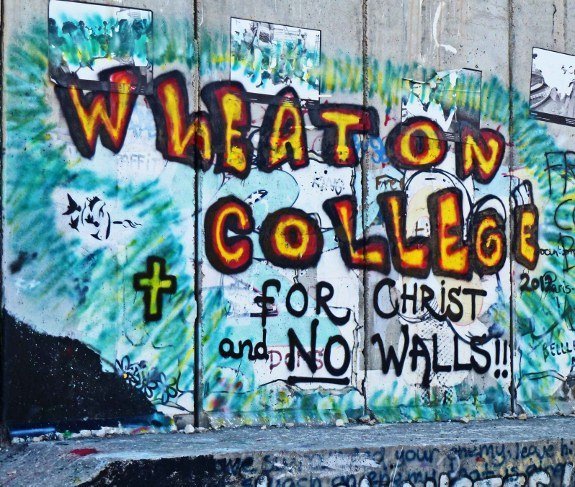 Visiting the wall seems to be a right of passage for some American college students. 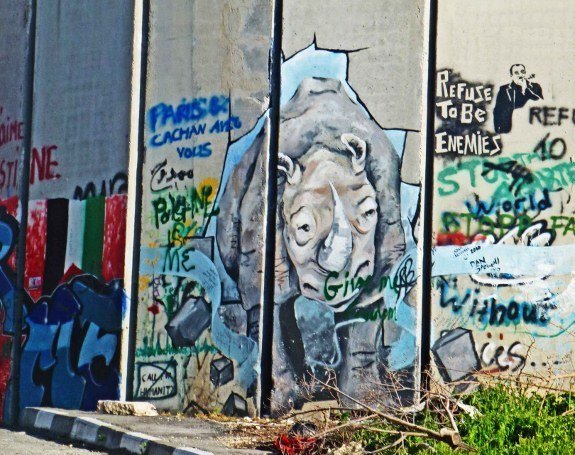 A hippo breaks through the wall. 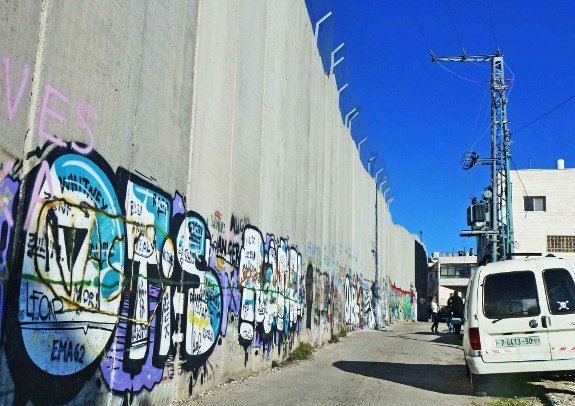 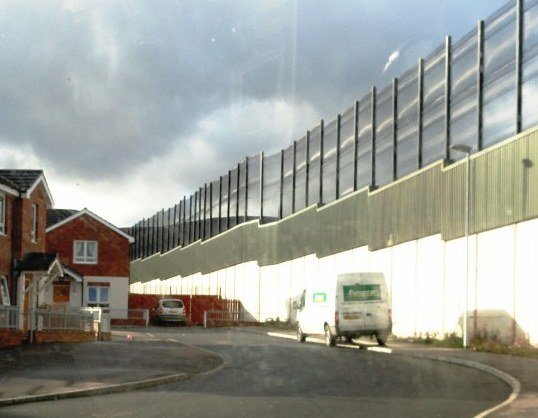 Note the two photos above. The first is of the wall in Israel from the Palestinian side. The second is a photo we took last year of the “peace” wall that still separates the Catholic and Protestant areas in Belfast. The only difference is the graffiti. 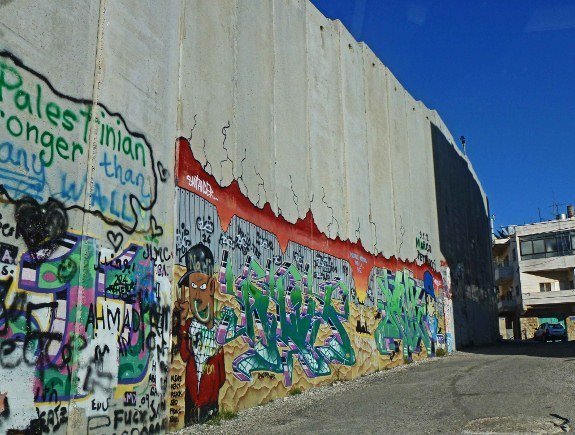 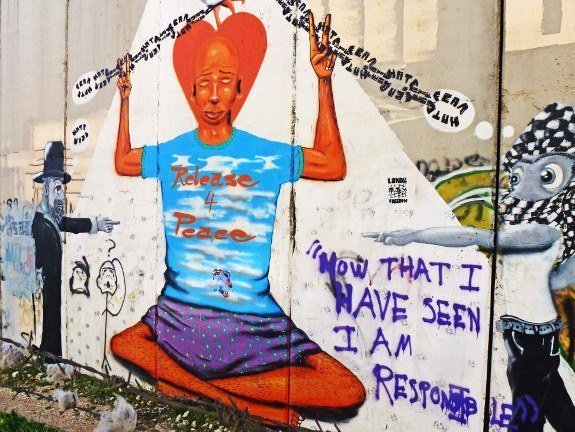 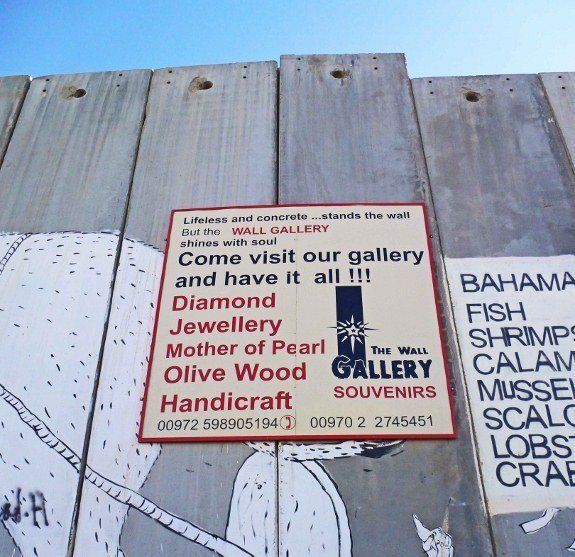 One entrepreneur has put the wall to good use with a billboard for his shop. 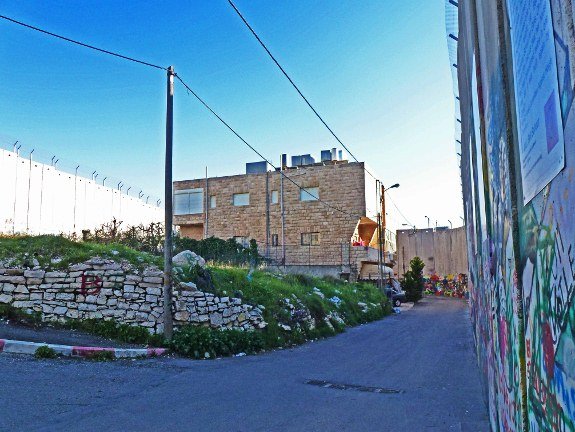 This house is surrounded on three sides by the wall. Someone told us it is available for rent as a vacation rental. 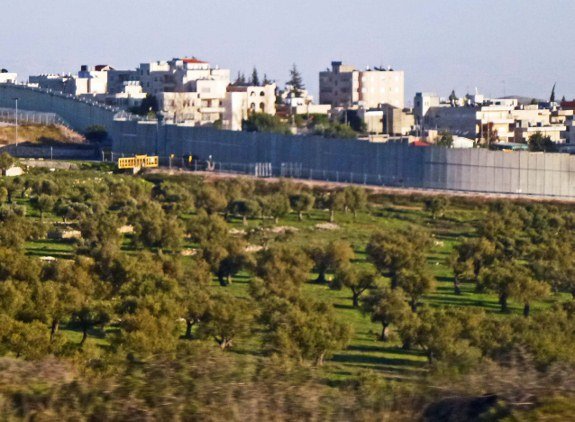 Ironically, the wall cuts through a grove of olive trees. Olive branches are a symbol of peace. 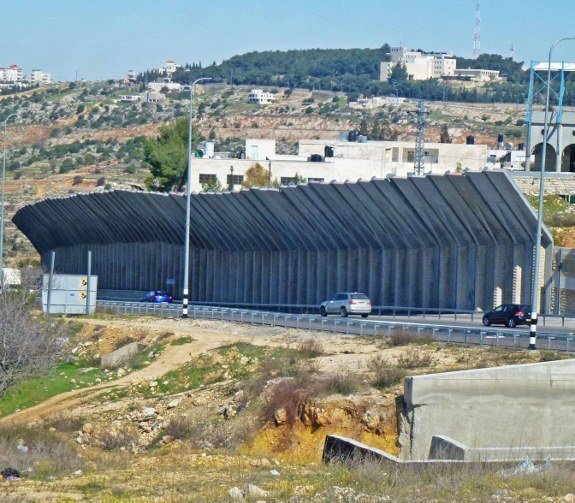 In some sections the wall projects out over the road.

Hopefully the situation will be peaceful enough one day so the wall is no longer needed.

Click the link for photos of the murals of Belfast.

And here’s a look at the current peace wall in Belfast.

How to travel for a year: Beyond Backpacks and Hostels 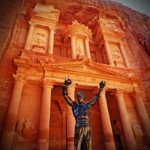