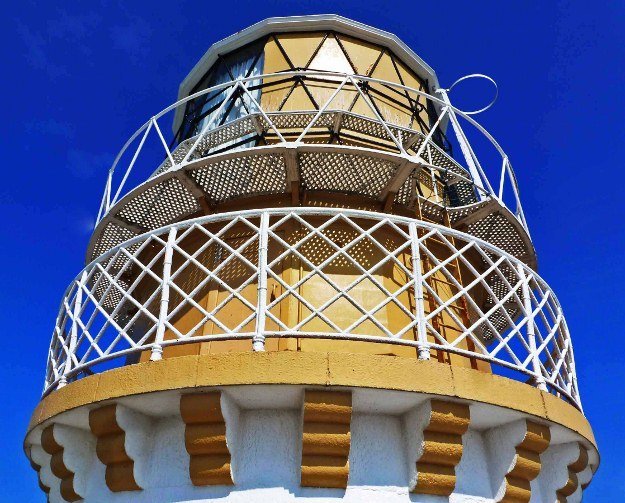 The image of a lighthouse keeper is often a romantic notion: solitary men who keep the lights burning on storm-lashed coasts as they send their signal out to ships at sea. The reality is slightly different as it is a tough, often lonely, job. We toured the Kinnaird Head Lighthouse, the first lighthouse in Scotland, for an up close look at the lighthouse keeper’s life.

Usually lighthouses are just admired from afar, but Kinnaird Head offers the rare opportunity to climb inside an actual lighthouse. Since it was active until relatively recently, most of the mechanisms are still intact and in proper working order. It is also conveniently located next to the Museum of Scottish Lighthouses which tells the history of these sentinels of the sea.

Pictures of a lighthouse in Scotland 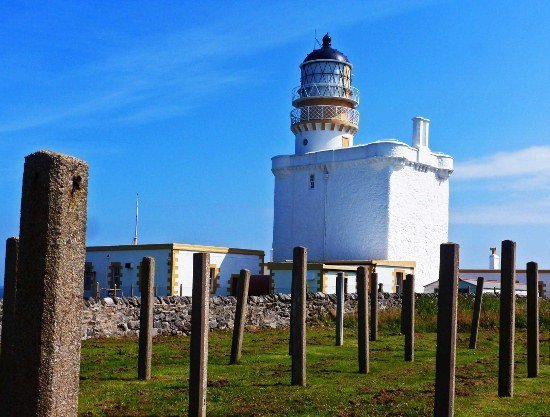 Kinnaird Head is in the fishing village of Fraserburgh in northeast Scotland. Those poles were used to string out the fishing nets to dry until the invention of nylon nets made the need to dry them obsolete. 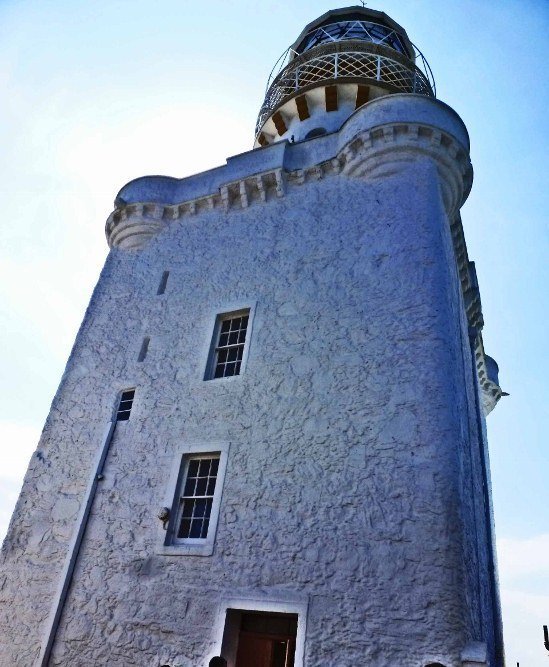 The first light was set up here in 1787 on the top of the circa 1570 Kinnaird Castle. By 1824 Famed lighthouse builder Robert Stevenson, grandfather of Treasure Island author Robert Louis Stevenson, proposed tearing down the structure. He was persuaded not to by author Sir Walter Scott who was interested in preserving Scottish history. In an early example of adaptive reuse, the lighthouse tower was built inside the castle. 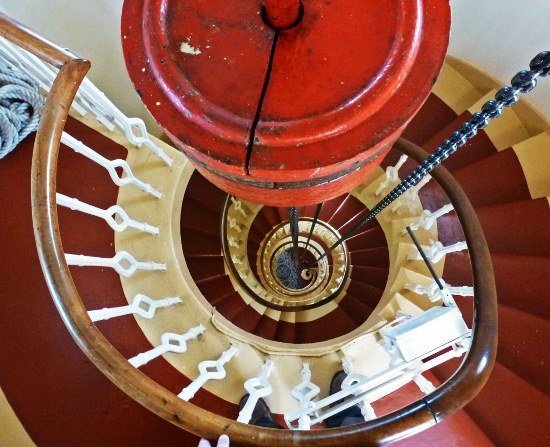 The balustrades on the spiral staircase reveal the workmanship of a bygone era. 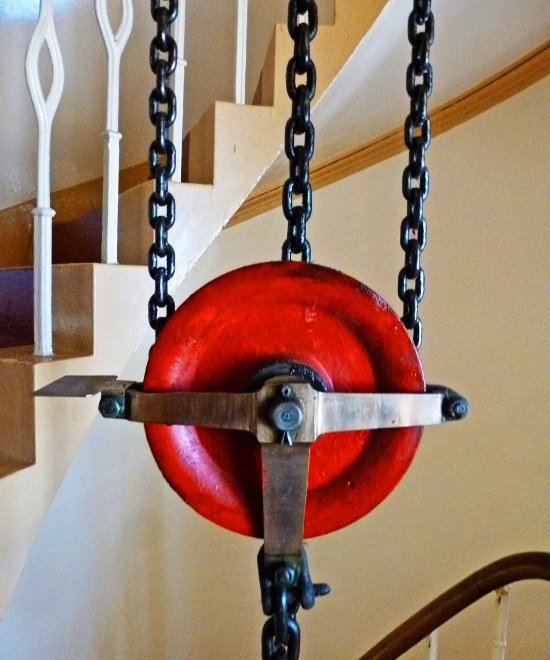 This pulley holds up a weighted mechanism similar to a Grandfather Clock that would keep the light turning. It gave off a constant clicking sound so the keeper would know it was still working. If the sound stopped the keeper would spring into action to rewind the weight. Allowing a light to stop turning would result in the keeper losing his job. 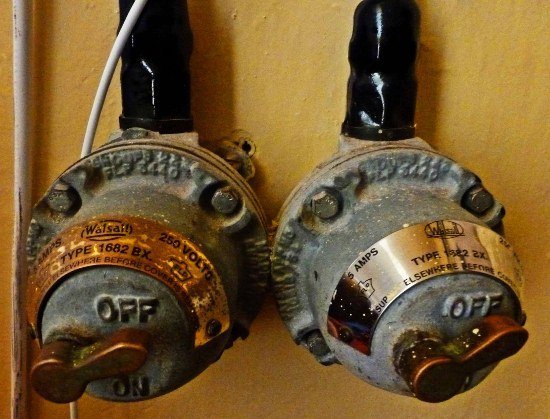 Old switches from an early changeover to electricity. 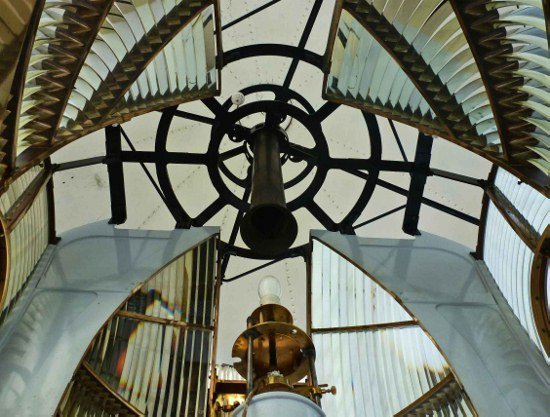 Can you find the small bulb in this picture? Due to the design of the prismatic lens, a bulb the size of a small pineapple can shine a light that is visible for 15 miles. 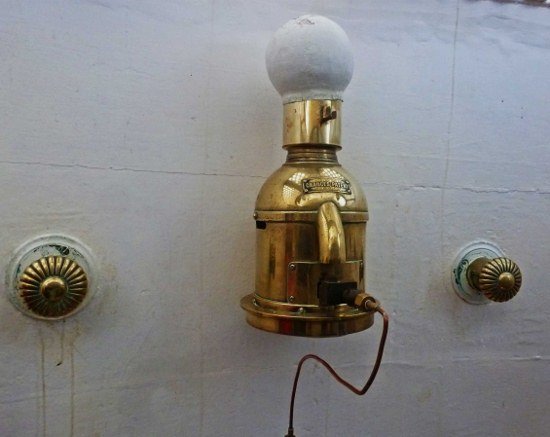 The light was still kept glowing by paraffin until it became electric in 1978. 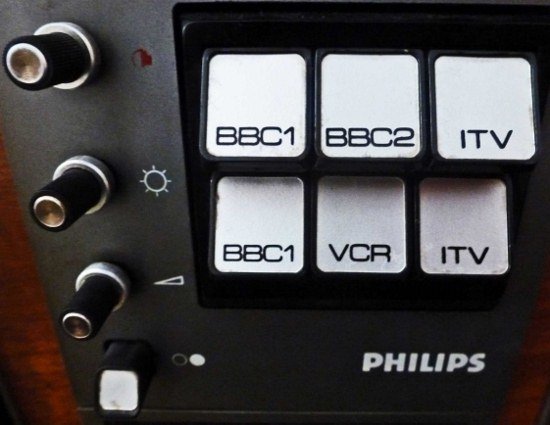 A TV in the auxiliary keeper’s room reveals the limited choices available for BBC viewers in the 1980s.

The Museum of Scottish Lighthouses

After touring the lighthouse head next door to the Museum of Scottish Lighthouses. 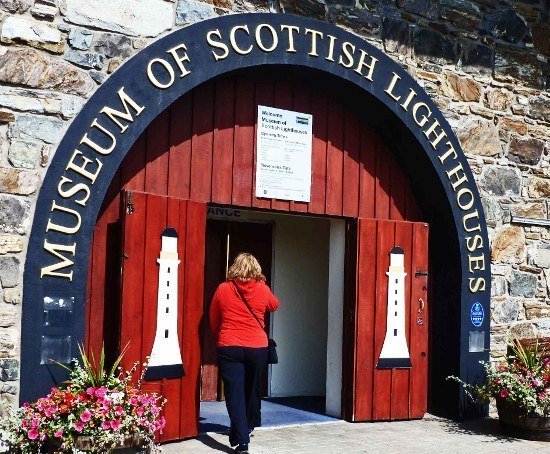 What makes it special? A rare chance to climb to the top of a historic lighthouse and watch a demonstration of the turning mechanism that still works.

If you like this you’ll also like: Dunnet Head lighthouse near John O’Groats on the northernmost Scottish coast.

Tips: The museum is located about 15 minutes from the coastal village of Pennan, where much of the quirky movie Local Hero was filmed. Here’s our post with pics of the filming locations for Local Hero. 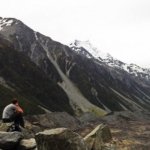 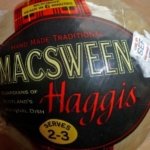 Video Taste Test: A fistful of haggis
Scroll to top