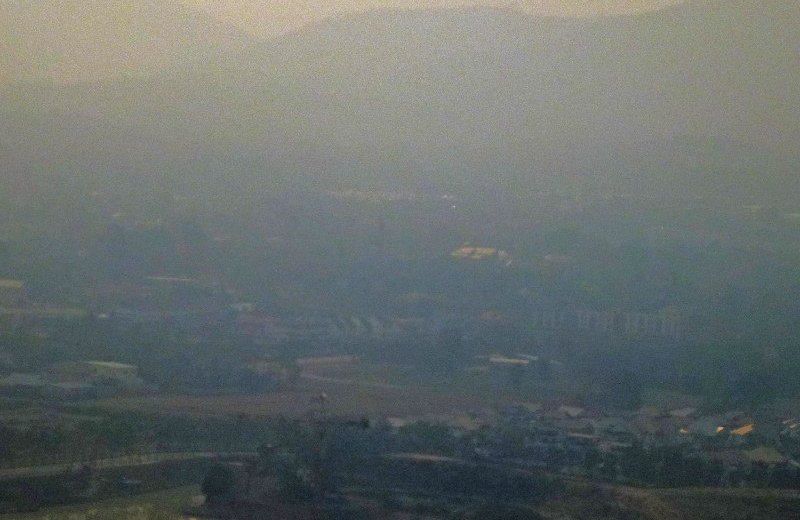 We really looked forward to visiting Chiang Mai in northern Thailand. Travel writers outdid themselves crafting clever similes to describe its ethereal beauty and local color. Others used one word repeatedly to describe it: amazing. That overworked description should have been our first clue that it would be anything but.

Perhaps Chiang Mai was once a magical place for a visit. But whatever attracted those early tourists has morphed into what our Canadian friend Markus calls a “tourist ghetto,” places where the visitor and their wallets are fresh meat. The amenities of such a place are usually no different from hundreds of other similar towns around the globe. 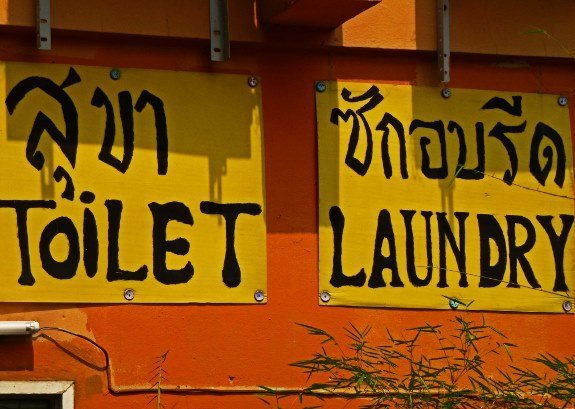 In Chiang Mai each block takes on a monotonous sameness: hostel, laundry, pub, souvenir shop, 7-11, cross the street and start over again. One sign of a tourist ghetto is a locale where the burger and fried chicken joints outnumber places offering the local cuisine, which in Thailand is a real sin.

Adding to the atmosphere, quite literally, is the incredible air pollution hovering over Chiang Mai. After spending a week hacking and wheezing through the gray air of Hanoi, we looked forward to finally getting out in the country and giving our overworked lungs a break. That was not to be.

As our flight from Bangkok descended into the muck of Chiang Mai we noticed a change in the cabin air quality, as if some long-lost “Smoking” sign had turned on and the first twenty rows obliged. A view out the window revealed sporadic fires spewing various shades of gray on into the horizon. Farmers here engage in a form of slash-and-burn agriculture that creates a burning season as predictable as spring or summer. Add to this the local custom of burning trash wherever it sits and it appeared that we were descending into Dante’s Inferno.

When we got off the plane we noticed that the air was actually worse than Bangkok, a crowded city of 18 million people. Chiang Mai sits in a bowl formed by the nearby mountain ranges. All that smoke has to go somewhere but it can’t. Instead it gets breathed in and filtered by the people trapped below. 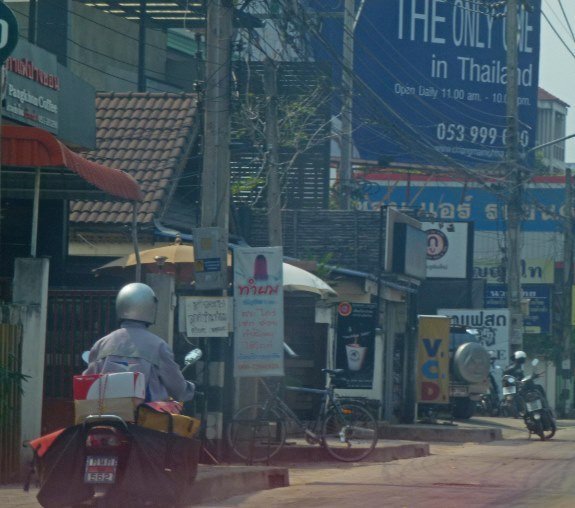 The sex trade in Chiang Mai

On the ground our impression of the place didn’t improve. We knew that Bangkok had a notorious red-light district and was a world leader in sex tourism. We didn’t think that Chiang Mai, a city with over 300 Buddhist temples also offered its own tawdry side.

One night after dinner we strolled a few blocks from our hotel. We came upon a street that appeared to be the type of pub row found in many tourist areas. Upon looking in the open-air bars a little more closely we noticed that the typical male tended to be a Westerner in his 60s, gray-haired and paunch-bellied.

Sitting out in front of the pubs were clusters of understandably sullen twenty-year old Thai women available for the hour, the day, the week; legs splayed provocatively to show off their wares. Their lips were painted such a bright scarlet they practically glowed in the dark, as if they were each advertising their own personal red-light district. Now that’s a simile the writers never use to describe Chiang Mai.

What places have disappointed you in your travels?

Click on the link for our candid review of a rubbish-filled beach in Bali. Instead of a burning season this one has a “trash season.”

One of our readers suggested we do a bit more research on the air quality in Chiang Mai. We did and found this interesting story in the Bangkok Post which addresses some of the deteriorating air qualities issues in Northern Thailand. It looks like we were sort of fortunate because the air got even worse during the month after we left. Lesson learned here, even if a place sounds great do your own thorough research before going there. Since we’ve been traveling for so long we got a bit careless and didn’t do so.

Local foods at the Headhouse Farmers Market in Philadelphia 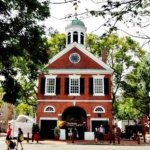 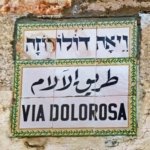