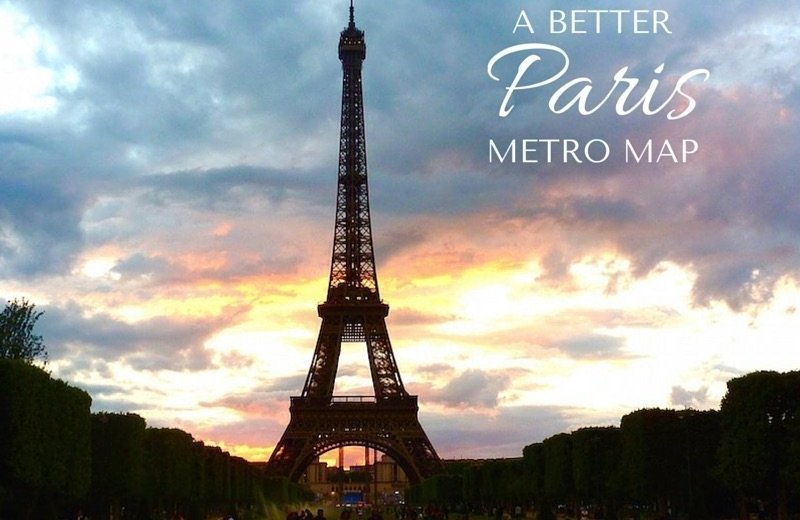 We found an easier way to get around Paris. Download this Paris Metro map pdf and you’ll always know where you are in the City of Light. This official city map is difficult to find (we’re not sure why), so we’ve made it available for you below.

Paris’ public transportation takes visitors just about anywhere. The traditional Paris Metro map shows the train routes as a series of colored lines. That gives a you general idea where the lines are located in the city, and how they relate to each other. But it doesn’t show you, the visitor, exactly where you are compared to the actual streets above ground.

But we’ve found a better Paris Metro map: the grand plan lignes avec rues (lines with streets). It has three unique features that make it especially useful for visitors:

For me, one of the most frustrating things about taking a subway/metro is walking through the various underground passageways that twist this way and that. The typical metro map only displays how the train lines relate to one another, not to the city itself. By the time you pop up above ground, you are completely disoriented as to where you are.

With the map avec rues, you can figure out your location pretty quickly. Once you get above ground, a quick look at a few street signs will tell you where you are in no time. You can also make more informed decisions about where you’re going, and the best route to get there.

For example, take a look at the screen shot excerpts from the two different types of maps below. The traditional “cartoon,” or stylized map is on the left, the map avec rues is on the right. They both show the Eiffel Tower and Les Invalides.

Assuming you want to visit both Left Bank attractions, you use a map to plan your day. Using the “cartoon” map at left, it appears that the first stop might be “Champ de Mars Tour Eiffel” to visit the Eiffel Tower. Then, after doing a quick Google search for the best metro stop for Les Invalides, you’d get three possible options: “La Tour Maubourg,” “Ecole Militaire,” or “Varenne.” Back onto the Metro you go, change trains, and pop up near Les Invalides.

Now, plan out the same excursion using the map avec rues (above right).With the metro lines overlaying the actual city streets, it’s easy to see that Les Invalides is fairly close to the Eiffel Tower. You probably won’t need to jump back on the Metro at all! Additionally, you can see that you have several options for which line to take to the Eiffel Tower at the outset. And take a look at the “Ecole Militaire” stop. It’s right between both sights, AND it drops you off in front of the large park where most people take those sweeping views of the Eiffel Tower—Score!

The Paris Metro grand plan lignes avec rues is published by RATP, Paris’ public transit system. The Paris Metro map pdf is available on the RATP website, but it’s a little difficult to find. That’s why we’ve made it handy for you to download here:

The map is easy to use on a phone or tablet.

“There are detailed street maps, plans of the “arrondissement” or maps showing the public transport network. You can obtain free maps from the ticket offices in metro stations, in the department stores and at all the information centres of the Paris Convention and Visitors Bureau (the latter is available in English, French, German, Spanish, Italian, Portuguese, Chinese, Japanese and Russian!).”

However, paper copies of just about everything are getting more difficult to find these days. We suspect (but we don’t know for certain) that this map may no longer be in print. Once existing stock is depleted, it may not be replenished. Therefore, if you are an “old school,” hard copy kind of person, it’s probably not a good idea to count on picking up a copy once you’ve arrived in Paris. We recommend downloading the PDF file and printing it out before you leave home. (If you’re able to find a hard copy once you’re there, consider it a bonus! 😊)

Certainly there are Paris Metro route finder apps that can be downloaded to smart phones or tablets. But based on our experience, this is one case where “a map is better than an app.” The map shows the big picture, giving you options to determine which routes are best for you. Apps, in our experience, don’t always give the best recommendations. (Plus the map is free, and doesn’t take up much memory in your phone or tablet, so what have you got to lose?!)

Armed with this user-friendly map, anyone can soon be navigating around Paris like a native. This map helped us find these less crowded sights in Paris, as well as Pere Lachaise Cemetery. And while we were riding the Metro, we enjoyed some of these entertaining Street Musicians of Paris. 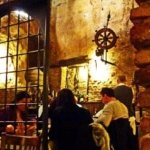