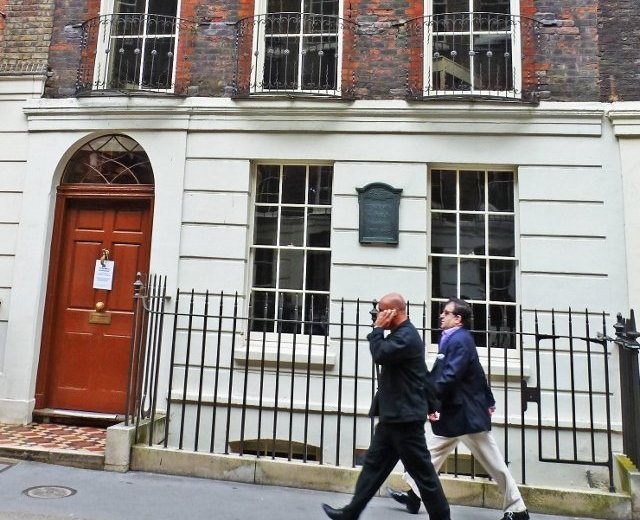 In 1757, Benjamin Franklin left his hometown of Philadelphia for a move to England, where he represented the diplomatic interests of the American colonies. His stay turned into a nearly 16 year London sojourn as he mediated disputes between Parliament and the increasingly restless colonies.

Franklin rented a single room in a circa 1730 Georgian townhome at 36 Craven Street. The Benjamin Franklin house in London was renovated and opened to the public in 2006; coinciding with the 300th anniversary of his birth. It’s the only house Franklin ever lived in that’s still standing. 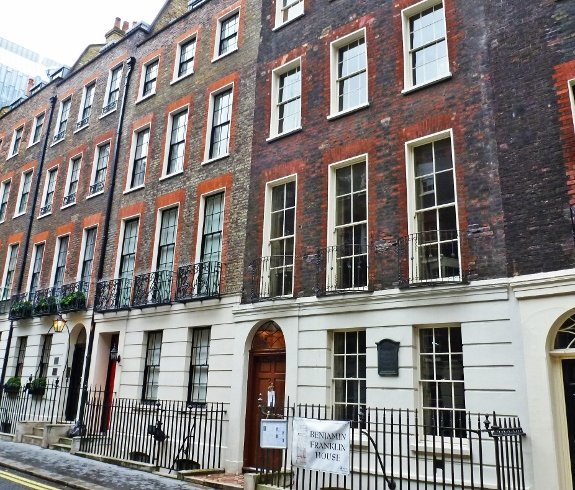 Most of the woodwork, windows and floors in the house are original. Visitors even use the same central staircase that Franklin climbed up and down as part of his exercise routine. Prime Minister William Pitt met Franklin here for consultations about the eroding relationship with the colonies. Thus, the modest 12-by-12 foot living room of the home was essentially the first American embassy in London.

The British tourists also on the tour were intrigued when I told them I was from Philadelphia.  Their familiarity about Franklin could be summed up by one incident in his life, “He’s the bloke that flew the kite in a storm. We learned about it in school.” During the tour we learned more about Franklin’s achievements during his London stay. 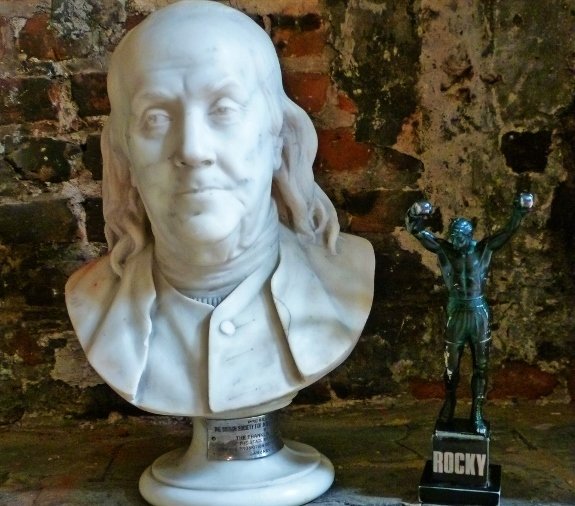 One evening as he was running a finger around a bowl he got the idea to develop the glass armonica (not to be confused with the more contemporary harmonica), a series of horizontal glass bowls rotating on a metal rod, becoming the first American to invent a musical instrument.  The bowls are rubbed to create a baleful sound that would make a perfect soundtrack for a horror film.

It was originally believed that these sinister sounds drove many early armonica players mad. In reality, the lead in the glass caused this ailment.  An unleaded model can be played by visitors; the original is on display at the Franklin Institute in Philadelphia. In London, Franklin also developed the lightning rod; one of which is still perched atop St. Paul’s Cathedral. 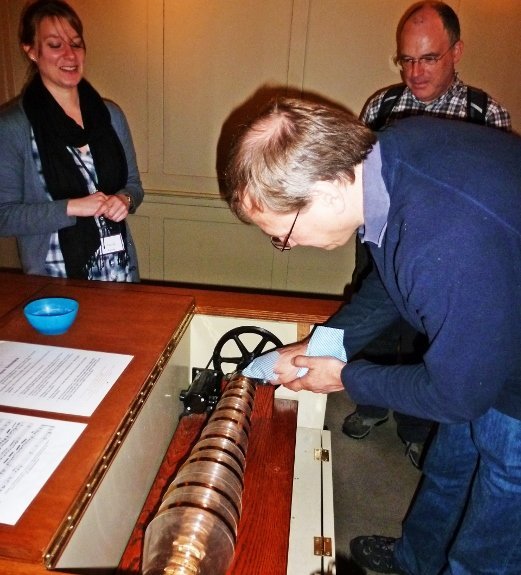 During the home’s renovation, 26 layers of paint were removed to expose the color that was there in the 1750s, now dubbed “Franklin’s Green.” This color seems appropriate. Always a trendsetter, Franklin was “green” before it was cool. In London he fine-tuned the energy-saving Franklin stove and during the winter he was in bed by 4:30 PM, the better to cut down on candle usage; sort of the 18th-century equivalent of a “watt watcher.”


London Shows – Save over 40% on Wicked, The Lion King and more. Book Now!

The Benjamin Franklin House is located one block from Charing Cross Station on the London Underground.

Time to allow: About an hour for the guided tour.

Who should go? Lovers of major American history/minor British history, Georgian architecture. Be sure to ask about the bones in the basement.

Is it worth it? The tour costs 7 pounds (about $11 USD). It’s worth it for a fascinating look at a statesman/scientist/inventor/author and all around interesting guy. It doesn’t hurt to be from Philly.

You may also be interested in where American Revolution villain Benedict Arnold is buried in London. 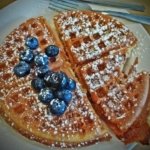 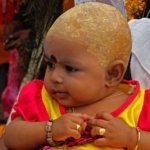 We witness mundan, a Hindu head-shaving ceremony
Scroll to top